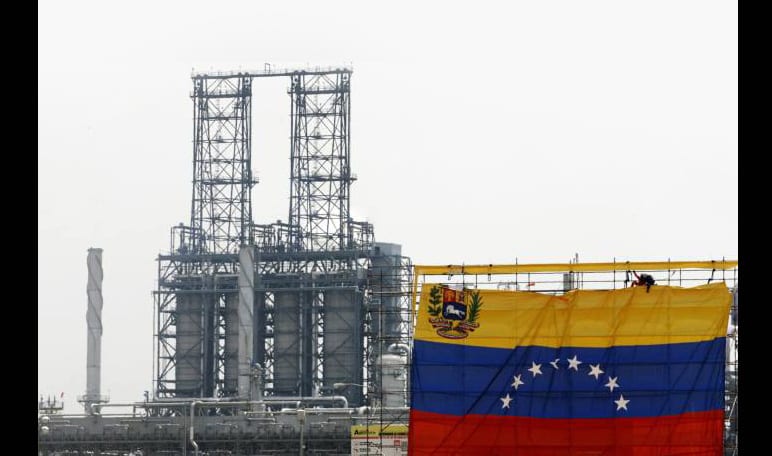 Washington has imposed sanctions on Venezuela to starve President Nicolas Maduro of oil revenues – the OPEC nation’s main source of foreign income – and break his grip on power.

The measures have reduced exports and deepened the country’s economic crisis but Maduro has held on, which U.S. officials say privately is a source of frustration for President Donald Trump.

PDVSA and its joint ventures exported 451,935 barrels per day (bpd) of crude and fuel in 18 cargoes last month, according to the Eikon data and PDVSA documents seen by Reuters, the lowest since a general strike paralyzed the Venezuelan economy and curbed oil exports between December 2002 and January 2003.

May exports fell 50% from the average of January through April. PDVSA’s schedule for June shows little change from May, with only three crude cargoes assigned to buyers so far and three more waiting for nominations.

PDVSA did not immediately reply to a request for comment.

Mexico-based Libre Abordo and related firm Schlager Business Group had thrown a lifeline to Maduro’s government since late 2019, getting Venezuelan crude to market by exchanging around 30 million barrels for water trucks in an oil-for-food agreement that has been scrutinized by U.S. authorities.

Libre Abordo said on Sunday it was bankrupt and that Maduro had terminated the oil-for-food swap. The Mexican companies said in a statement they were targets of an international political campaign, driven by the U.S. government, which had led to a loss of over $90 million and to Venezuela suspending exports to the two companies.

Venezuela’s foreign minister Jorge Arreaza this week accused Washington of violating human rights and freedom of trade and said that U.S. pressure on the Mexican firms was proof of the “illegal” character of the U.S. sanctions regime.

The Mexican firms took on a larger share of Venezuela’s exports as two units of Rosneft withdrew earlier this year from trading as intermediaries for Venezuelan oil sales. Rosneft had received cargoes as payment for billions of dollars of debt that Venezuela held with Russia, but suspended trade with PDVSA in March as U.S. sanctions tightened.

Venezuela may struggle to increase exports if it cannot find other intermediaries to facilitate shipments. The nation’s crude inventories swelled by 2.3 million barrels to 38.2 million barrels in May as exports declined, according to data intelligence firm Kpler. This forced PDVSA to cut production and halt processing of its heavy oil to prepare it for export.

Global fuel demand is recovering as governments worldwide relax lockdowns, they had imposed to slow the spread of the coronavirus. But markets remain oversupplied, giving refiners plenty of alternatives and little need to undertake the complex transactions required to buy oil from countries under sanctions such as Venezuela and Iran.

Three quarters of Venezuelan exports last month went to Asia, according to Eikon data. The crude was transferred to other tankers and blended off the coasts of Singapore and Malaysia, the data showed. Venezuela’s political ally Cuba received about 65,000 bpd of crude and fuel.

PDVSA imported fuel from Iran in May to ease an acute domestic shortage of gasoline, supply criticized by Washington.

Ban on Venezuelan oil imports to US could unify the chavistas...