OilNOWLatest News and Information from the Oil and Gas sector in Guyana
More
FeaturedNews
Updated: March 23, 2022 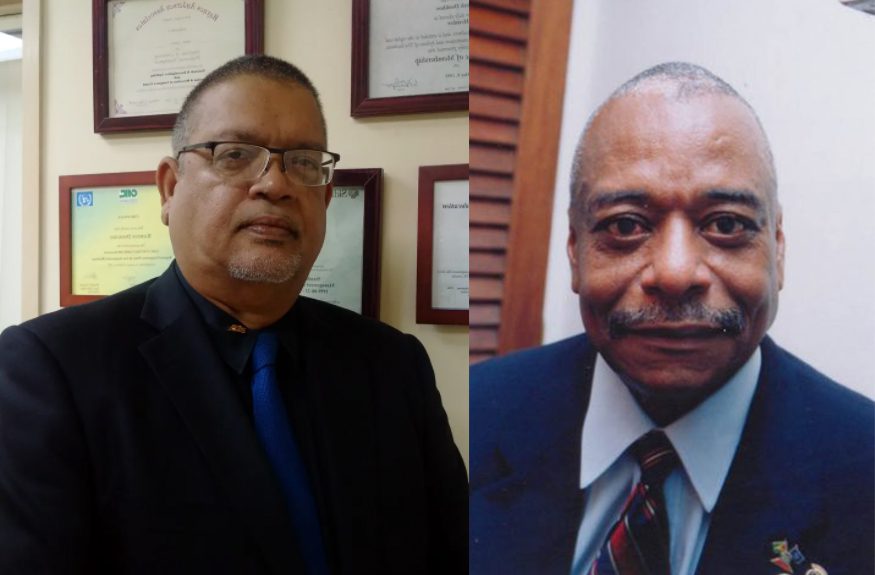 The process is underway for the establishment of Guyana’s first board of directors for its Natural Resource Fund. Of the three to five Directors to sit on the Board, as per the stipulations of the new Natural Resource Fund Act 2021, two nominations have been made by the private sector and the National Assembly.

The Private Sector Commission (PSC) nominated Ramesh Dookhoo, a well-known Guyanese business veteran, to serve on the Fund’s board, during its council meeting on Monday. The vote was unanimous, PSC Chair Paul Cheong told OilNOW.

Dookhoo has been an executive of Banks DIH Limited, a Guyanese corporation most popularly known for its beverages, for three decades. He has headed the PSC, and several other business service organisations including Guyana Manufacturing and Services Association (GMSA) and the Georgetown Chamber of Commerce and Industry (GCCI).

Earlier this month, the Guyana’s Parliamentary Committee on Appointments voted to nominate former mining executive, Dunstan Barrow, to be a director.

Barrow led the Guyana Mining Enterprise, which used to be a state-owned bauxite mining company a few decades ago. He was a Member of Parliament representing the People’s National Congress Reform (PNCR), a party that is now a major constituent of the opposition coalition. Barrow also chaired the Linden Enterprise Network, which was a government aided organization established to promote growth in the town of Linden by investing in business development.

The President is responsible for making the appointments official. He also has the liberty to appoint as many as three more Directors.

“The Directors shall be selected from among persons who have wide experience and ability in legal, financial, business, or administrative matters, one of whom shall be nominated by the National Assembly and one of whom shall be a representative of the private sector,” states the Natural Resource Fund Act 2021.

The Act also requires the appointment of an investment committee and a public interest and accountability committee.

The government had faced sustained criticisms of the Natural Resource Fund Act 2021 when it was introduced last year, with concerns being raised that its configuration consolidated power over the Fund’s management into the hands of the President and the Minister of Finance.

The government insists that the current Act is far superior to the Natural Resource Fund Act 2019, which was passed into law by the previous administration, and which the new Act has repealed and replaced.