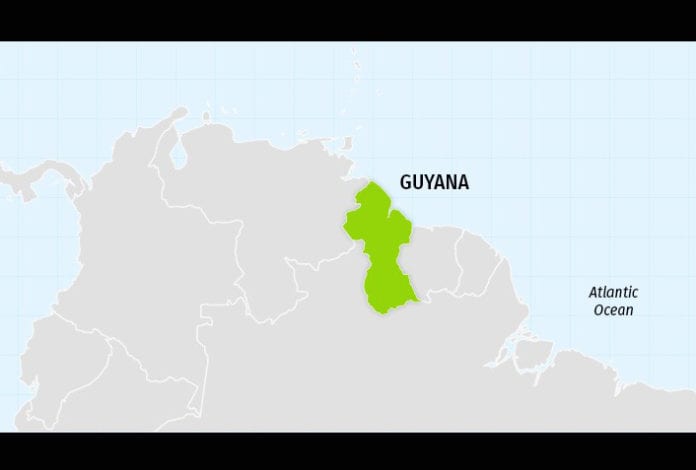 A team from the International Monetary Fund (IMF) has been in Guyana to assist the Government, through the Ministry of Finance, in setting up its own internal unit that specifically focuses on oil and gas management in the country.

This was disclosed to reporters by Minister of Finance, Winston Jordan, on the sidelines of the Liza Destiny FPSO commemorative ceremony held at the Guyana Marriott Hotel on September 9.

Mr. Jordan explained that during his meeting with the team, the Government was given two options; whether to setup a separate unit or build the capacity of what already exists.

In response, he said, “I am thinking that we are going to build capacity because it is not difficult to setup the unit, but very difficult to staff the unit. So, I want to just build on the staff we have there already and with some funding from the World Bank loan, we can bring in experts to help with that.”

On the issue of the Natural Resource Fund (NRF), the finance minister said later this month a workshop will be held with the 22-member public oversight committee of the fund.

He said, “This is intended to allow members to have a clear understanding of their roles and responsibilities and it will be done in collaboration with the Government of Ghana.”

With the current political situation, he said, “We also have to consider the reactions of some of the people appointed to the committee…those nominated by certain people.”

To this end, he expressed some concern that the opposition People’s Progressive Party (PPP) and the Private Sector Commission (PSC) are still to nominate representatives to sit on the NRF oversight committee.

The PSC has since indicated that it is ‘working overtime’ to find a suitable representative.

“In going forward, what will happen if we can’t get the committee setup, the account will be governed by the law that is in place. It will receive the monies so to speak and it will be parked there until we can get the Parliament going,” Mr. Jordan said.

Mr. Jordan said it is important to note that Parliament is an integral player in how monies are released from the NRF and given the political situation; the Government will only be allowed to spend the monies after general elections are held.

Following the successful passage of the December 21, 2018 no confidence motion, the Government has been operating in a caretaker mode, which essentially limits its legal authority in office.

Apart from that, the finance minister noted that, “It is a very thorough piece of legislation, widely praised and makes very stringent rules about the resources that are to go into the fund and even more stringent how it can come out of the fund…Our model is everything goes into the NRF so there is a transparent process. You know how much is in that fund and then there is a detailed process on how it can be withdrawn.”

At the same time, he said this will not have a major impact on the Government’s ability to spend monies from the Fund to execute government projects and programmes.

He explained, “There will still be spending. Just that there will be delayed spending and meanwhile what we have to be doing is to put together the various ideas in the budget and then to see when we could get the budget out, based on when is elections, and how much funding actually can take place during next year, but monies will accumulate very slowly in the NRF and even when it gets into the NRF, it’s only a certain portion that can be withdrawn.”

Mr. Jordan made it clear that Guyana will not get the full benefits of oil revenues as soon as the oil starts flowing in 2020 and anticipates that after first oil, when the monies have reached a sustainable level, “much more will happen.”

Bank account to receive Guyana oil revenue to be established next...