OilNOWLatest News and Information from the Oil and Gas sector in Guyana
More
ExplorationFeaturedNews
Updated: August 5, 2022 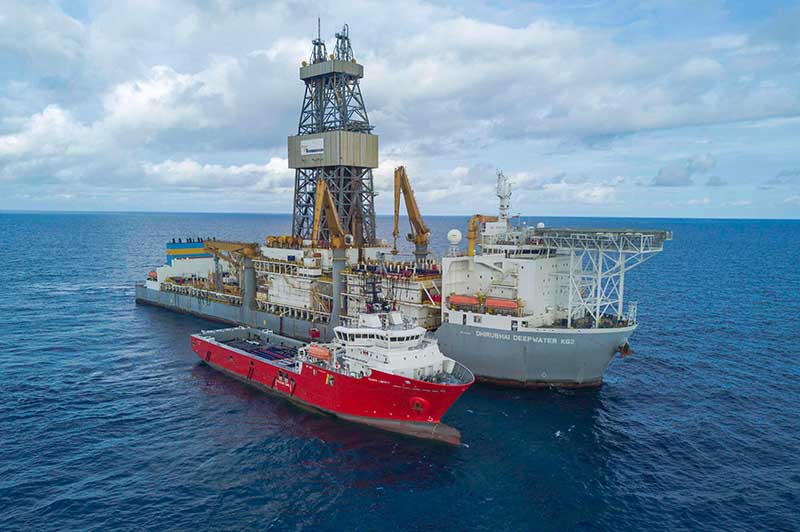 “38 high-impact exploration wells were drilled in the first half of 2022, similar to the same period in 2021 when 39 wells completed,” Westwood said. “The 38 wells resulted in 13 potentially commercial discoveries at a 34% commercial success rate, delivering ~6bnboe [billion barrels oil equivalent] of discovered resource.”

It noted that eight of the wells tested frontier plays, with significant basin-opening discoveries at the Venus and Graff wells in Namibia’s Orange Basin.

As the largest discovery of 2022 thus far, Venus has multi-billion barrels potential in a lower Cretaceous Aptian-Albian basin floor fan. TotalEnergies, operator of Block 2913B, made the discovery offshore Namibia.

Westwood noted also that there were key frontier failures at Mlima in the Lamu Basin offshore Kenya and at Ulcinj offshore Montenegro.

As for emerging plays, Westwood noted that 18 wells tested in the first half of 2022 resulted in nine commercial discoveries and a 50% commercial success rate. It noted the upper Cretaceous discoveries made offshore Guyana, which account for more than a third of the successes. These discoveries occurred in the Stabroek Block by operator, ExxonMobil.

The other emerging play discoveries were in the Levantine (Athena), Perth (S Erregulla) and Orange (La Rona) basins.

Westwood noted that key emerging play failures include Cutthroat in the Sergipe-Alagoas Basin, which tried to extend the Barra Upper Cretaceous play, as well as Apus in the Roebuck Basin offshore Australia, which was unsuccessful in extending the Dorado play

The most disappointing results came from mature/maturing plays, Westwood indicated. Only one potentially commercial discovery was made, out of 12 wells drilled, at Huron in the United States Gulf of Mexico. There were multiple failures attempting to extend the pre-salt play in Brazil, Westwood said, as well as further disappointments in the SWAP licence in the shallow waters of Azerbaijan.