OilNOWLatest News and Information from the Oil and Gas sector in Guyana
More
FeaturedNews
Updated: April 9, 2022 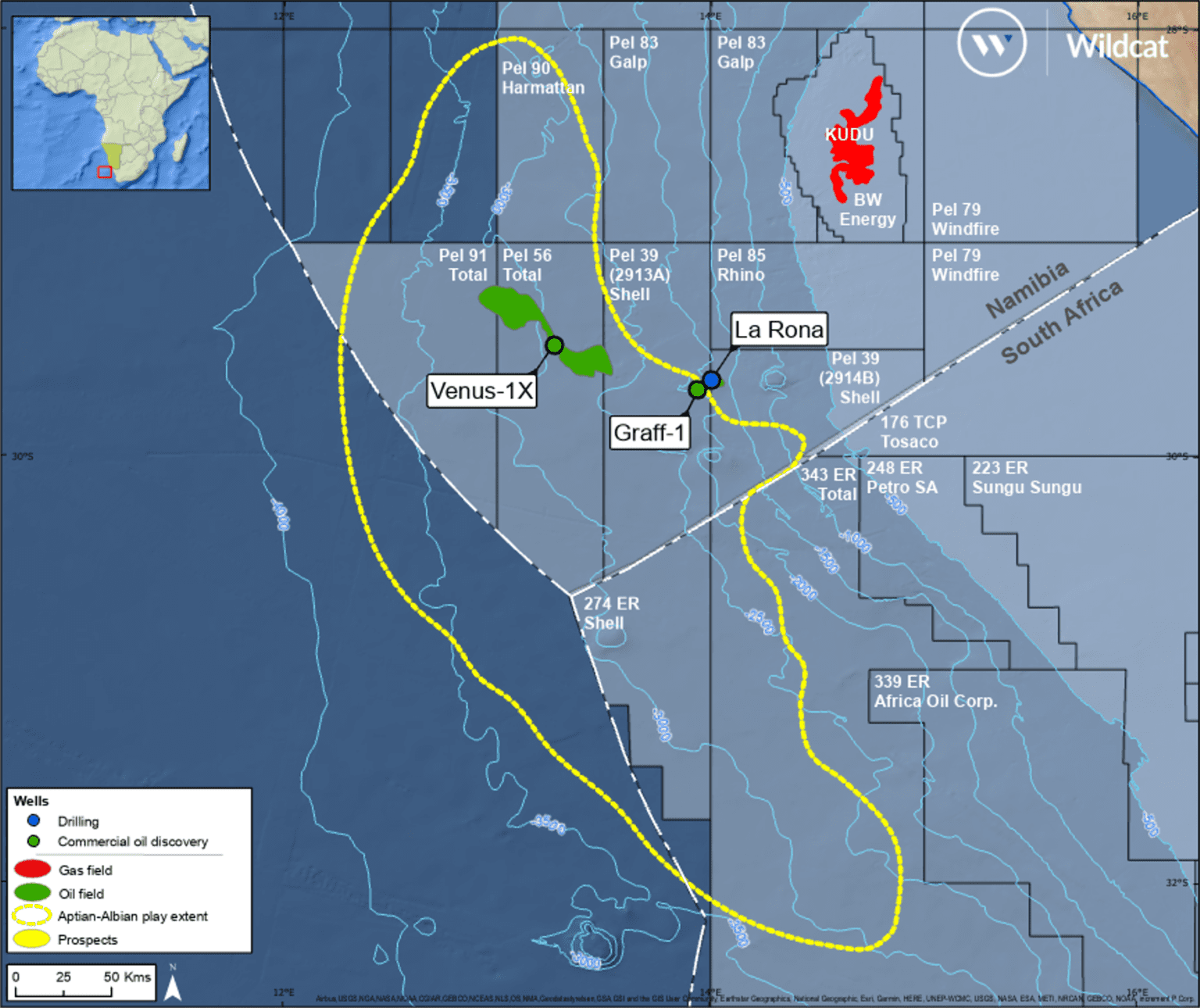 Royal Dutch Shell and TotalEnergies have made two breakthrough discoveries offshore Namibia, which suggest a play like the Guyana-Suriname basin, according to Westwood Global Energy Group.

On February 4, Shell made the first one, a light oil discovery, assumed to be Upper Cretaceous sands in Block 2913A at the Graff-1 well.

“There are unconfirmed reports of a ~60m hydrocarbon bearing interval and a potential commercial resource of ~300mmboe,” Westwood said.

Shell is drilling another well, La Rona, in an apparent appraisal of the first find to confirm the potential for a commercial development. Westwood reported rumours which suggest Graff-1 could have 1 billion barrels of oil and 5-6 Tcf of gas.

The second discovery, by TotalEnergies, was made 20 days after Graff-1, at the Venus prospect in Block 2913B. The Venus 1-X well encountered approximately 84m of net oil pay in a good quality Lower Cretaceous reservoir. Westwood said there are rumours of a multi-billion barrel discovery, though no figures have been officially reported.

The energy market intelligence platform said the discoveries have proved the presence of an extensive, prolific oil kitchen, and that its analysis suggests that “the Lower Cretaceous Venus play has a potential extent of up to ~58,000km², comparable to that of the Upper Cretaceous of Suriname-Guyana.”

It said a Suriname-Guyana scale oil province is “certainly possible”, “provided that the traps are present and the deepwater reservoirs are widespread and of good enough quality.”

The discoveries are a long-awaited breakthrough for Namibia, and potentially also for South Africa into which the Orange Basin extends, Westwood pointed out.

This is also similar to how discoveries played out in the Guyana-Suriname basin, with Guyana’s discoveries creating excitement for Suriname.

Offshore Guyana, ExxonMobil has made over 25 discoveries amounting to more than 10 billion oil-equivalent barrels. TotalEnergies and Apache have also made exciting finds offshore Suriname. The basin is the most exciting emerging oil province on the planet, with production offshore Guyana set to make it the highest per capita oil producer in the world by 2035.

Westwood sees a 5-year timeline between discovery and development as being possible for the Graff and Venus wells, similar to Guyana’s Liza field, if the volumes can be confirmed and some technical challenges are overcome.

“One thing is for certain – a new exploration hotspot has emerged.” Westwood said.