OilNOWLatest News and Information from the Oil and Gas sector in Guyana
More
FeaturedNews
Updated: February 25, 2022 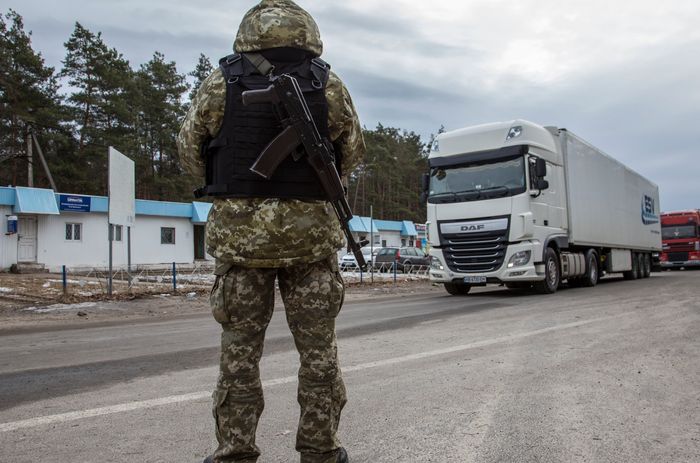 Russia’s invasion of Ukraine has thus far resulted in the death of 137 soldiers and civilians with hundreds wounded. This has attracted worldwide condemnation and some of the harshest sanctions the Vladmir Putin administration has ever faced.

The Russian attack began around 4:30 a.m. on Thursday in Ukraine, with a barrage of over 100 ballistic, cruise and surface-to-air missiles, and75 medium and heavy bombers. International media reports note that explosions were subsequently heard in major cities, including the capital of Kyiv, Kharkiv and Odessa. Ukrainian authorities said Russian forces had hit their military assets and other defense facilities, resulting in hundreds of civilians fleeing to Poland’s borders for aid and shelter.

During his announcement on Thursday of the impending “Special Military Operation” in Ukraine, President Putin was keen to give a stark warning to those who may try to intervene. He said, “…Whoever tries to hinder us, or threaten our country or our people, should know that Russia’s response will be immediate and will lead you to consequences that you have never faced in your history. We are ready for any turn of events. All necessary decisions in this regard have been made. I hope that I will be heard.”

Despite his warning, several world leaders have been swift in their condemnation and relentless in their effort to unleash crippling sanctions against the Kremlin.  These include Canada, United States, the European Union, the United Kingdom, Germany, Japan and Australia.

President of the United States of America, Joe Biden unveiled the first set of sanctions against Russia on Tuesday following initial threats by Russia to invade Ukraine. These sanctions targeted members of Putin’s inner circle and their families along with two banks that the US considers crucial to the Kremlin and Russian military. Sanctions have also been imposed on individuals listed on a Specially Designated Nationals and Blocked Persons list through the Treasury Department’s Office of Foreign Assets Control.

In addition, Biden’s sanctions include prohibiting any new investment in the breakaway regions recognised by Russia by Americans from wherever they are based. Importation and/or exportation, re-exportation, sale or supply of goods, services or technology from the regions directly or indirectly is also forbidden.

Following Thursday’s invasion, Biden responded with harsher sanctions which include export blocks on technology to severely limit Russia’s ability to advance its military and aerospace sector. He also applied sanctions on Russian banks and “corrupt billionaires” and their families who are close to the Kremlin. Biden insisted his threat to directly sanction Putin remains “on the table” and is “not a bluff.”

The US sanctions also limit Russia’s ability to conduct business in dollars, euros, pounds and yen. He also announced that the U.S. would deploy additional forces to Germany to help bolster the NATO (The North Atlantic Treaty Organization–an intergovernmental military alliance between 28 European countries and 2 North American countries.) alliance.

Prime Minister of the United Kingdom, Boris Johnson was also swift to respond to Thursday’s invasion as he outlined the most brutal series of economic sanctions that Russia has ever faced.

In concert with the United States, Johnson said the UK is imposing a full asset freeze on VTB,  a Russian state-owned bank. This would enable the UK to totally exclude Russian banks from the UK financial system, which is by far the largest in Europe.

This sanction also prohibits Russia from accessing Sterling and clearing payments through the UK. Additionally, this measure will enable the UK to ban Russian state and private companies from raising funds in the UK, as well as ban dealings with their securities and making loans to them.

Johnson also indicated that the UK will also limit the amount of money Russian nationals will be able to deposit in their UK bank accounts. Further to this, Johnson said the UK will be imposing asset freezes on more than 100 new entities and individuals. This is in addition to the hundreds already announced and will include all the major manufacturers that support Putin’s war machine.

On top of these financial measures, and in full concert with the United States and the European Union, Johnson said the UK will introduce new trade restrictions and stringent export controls, similar to those being implemented in the US.

Significantly, the UK Prime Minister said he will set up a new and dedicated ‘Kleptocracy Cell’ in the National Crime Agency to target sanctions evasion and corrupt Russian assets hidden in the UK. John said, “That means oligarchs in London have nowhere to hide.”

Johnson categorically stated that his government “will continue on a remorseless mission to squeeze Russia from the global economy piece by piece, day by day and week by week…”

Canada has also issued a series of harsh sanctions on more than 50 key Russian political leaders, oligarchs and their families.

It has also cancelled existing export permits for Russia, worth an estimated US$700 million in trade and provided Ukraine up to US$620 million in loans to help counter Russian efforts to destabilize the Ukrainian economy.

The European Union has also issued sanctions that put Russian politicians and officials on blacklists, ban trading in Russian state bonds and target imports and exports with separatist entities, according to senior EU officials.

These sanctions include putting those politicians on blacklist who were involved in recognising the breakaway regions in eastern Ukraine.

Over in Japan, sanctions issued thus far include prohibiting the issuance of Russian bonds in Japan and freezing the assets of certain Russian individuals.

Australia was keen to note that it will begin placing sanctions on individuals it believes are responsible for Russia’s actions against Ukraine.

Guyana, Barbados and its regional partners such as CARICOM have also issued strong statements of condemnation against the act of terror and unprovoked aggression by Russia. They have since called for an immediate cessation of hostilities and a return to diplomacy.

Early last year, Ukrainian President, Volodymyr Zelenskyy had appealed to US President, Joe Biden to let his country be part of NATO for increased protection given the history of escalating tensions with Russia. In 2014 for example, Russia had invaded Ukraine, killing 14,000 persons. The invasion also resulted in the annexation of Crimea, a peninsula along the northern coast of the Black Sea in Eastern Europe.

Displeased with Ukraine’s application to join the NATO alliance, Russia began amassing troops on its border with Ukraine under the guise that they were mere “peacekeepers.” This attracted stern warnings from Biden who believed it was a mere smokescreen for a planned invasion. He vowed that sanctions would follow if Russia attempted to trample on Ukraine’s sovereignty.

On Thursday, much to the world’s dismay, the invasion of Ukraine by Russia began.