OilNOWLatest News and Information from the Oil and Gas sector in Guyana
More
FeaturedNews
Updated: July 2, 2020 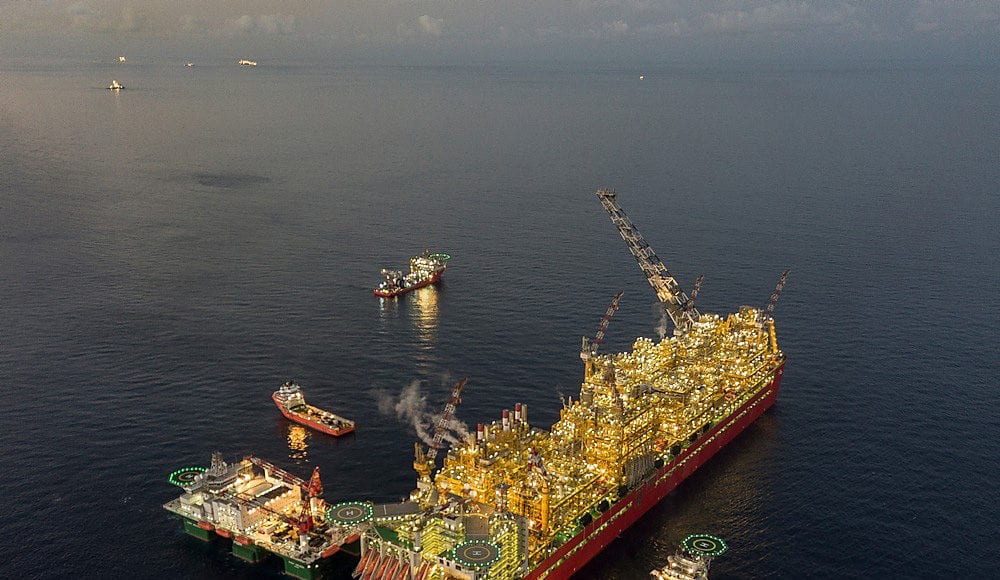 In keeping with the goal of the Paris Agreement which calls for a limit to the increase in global temperatures to below 2 degrees Celsius by 2040, countries have begun the transition to renewable forms of energy. In the midst of this transition, there have been growing concerns and doubts about what would become of upstream petroleum. Some industry experts have posited that demand for fossil fuels would weaken leaving some assets stranded.

But analysts at Wood Mackenzie, one of the world’s leading providers in comprehensive energy data, do not believe that the demand for oil will slow significantly before 2040. In fact, Andrew Latham, Wood Mac’s Vice President for Global Exploration and Adam Wilson, a Senior Research Analyst, noted in their latest report, “Exploration’s future in a low-cost, low-carbon world”,  that the world will still rely on oil and gas for much of its energy needs well beyond 2040. As a result of this, they posited that continued exploration will be critical in meeting this future demand since their research shows that only about half the supply needed to 2040 is guaranteed from fields already on stream.

Expounding further, Latham and Wilson noted that the world may need over 100 billion barrels of oil equivalent resources (boe) – split roughly 50:50 between oil and gas. They said that this means the industry needs to maintain its success rate of the past five years until at least 2030.

Further to this, the analysts said, “Cumulative global demand for oil and gas over the next two decades will be at least 1,100 billion boe even in a 2°C scenario. It could be as much as 1,400 billion boe on our base case forecasts. Around 640 billion boe can be met by proven developed supply from onstream fields. This leaves a ‘supply gap’ of some 460 billion to 760 billion boe.”

The Wood Mac Analysts noted that all of this supply gap– indeed much more – could be met from existing discoveries. They stressed however that these need investment while noting that only resources with the lowest cost and best economics are advantaged and should attract capital.

They were keen to note as well that much of the known resource, however, does not fit the bill hence the continued quest for oil and gas will be able to hold its own in this competition.

This bodes well for the South American country of Guyana where multi-billion-barrel oil resources have been found by ExxonMobil at the Stabroek Block in fields with relatively low breakevens. The exploration potential also remains strong with several targets remaining at Stabroek as well as the surrounding blocks.

Solid gains from Guyana, Brazil and Norway key as global oil output set to limp back to life – IEA

ExxonMobil anticipates that by 2026 it will be producing well over 750,000 barrels of oil per day at Stabroek and WoodMac has said this is likely to exceed the 1-million-barrel-per-day mark by the end of the decade.

In a separate analysis that was done by Prakash Sharma, Head of Markets and Transitions at WoodMac, it was noted that the efforts to limit the increase of global temperature by below two degrees Celsius is not even happening as fast as it should, which lends more credence to the entity’s conclusion that fossil fuel will be around for much longer than some stakeholders project.

Sharma contended that one of the key reasons the transition is not happening as fast as it should is simply because renewable energy is yet to make a compelling case to investors. The risks regarding returns are just too great at the moment.

In fact, the WoodMac Analyst foresees wind and solar energy contributing a mere 24% of power supply by 2040 compared with 7% in 2019. Although the figure might suggest that competitiveness is improving, he was keen to note that there are practical limitations to reaching a fuel mix of 50% or greater share for solar and wind.