OilNOWLatest News and Information from the Oil and Gas sector in Guyana
More
FeaturedNews
Updated: April 16, 2022 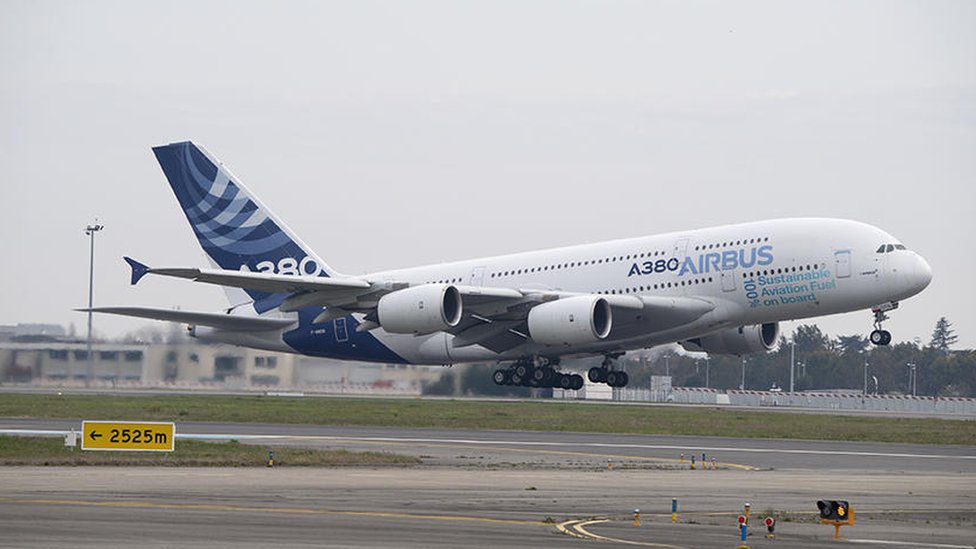 The Airbus A380, the world’s largest passenger airliner, completed a three-hour trial flight from Blagnac Airport in Toulouse — Airbus’ French headquarters — on 25 March. The flight was powered by Sustainable Aviation Fuel, or SAF — predominantly made of used cooking oil and waste fats — and operating on a single Rolls-Royce Trent 900 engine.

According to reports, Airbus then followed up with a second A380 flight, using the same cooking oil fuel, on March 29, flying from Toulouse to Nice. The second flight was to monitor SAF use during take-off and landing.

The fuel used was supplied by TotalEnergies and was made from Hydroprocessed Esters and Fatty Acids (HEFA), which is free of both aromatics and sulfur.

Airbus has been testing the use of SAF-powered flights for the last year, with an A350 being tested in March 2021, and an A319neo single-aisle aircraft flying on cooking oil in October. The company hopes to get its aircraft certified to fly on SAF by the end of the decade.

On April 14, TotalEnergies and ENEOS Corporation announced a collaboration to jointly conduct a feasibility study to assess the production of SAF in ENEOS Negishi Refinery in Yokohama city, Japan.

The companies have already started to conduct the study for feedstock procurement and production of SAF related to this project. The proposed unit, which capacity would be 300,000 tons per year of SAF, would process waste or residue sourced notably from the circular economy, mainly used cooking oil and animal fat. The two companies are considering establishing a new joint venture to produce SAF.

In the airline industry, dealing with global decarbonization has become an urgent issue and SAF is expected to be an effective way to reduce CO2 emission.