OilNOWLatest News and Information from the Oil and Gas sector in Guyana
More
DiscoveriesFeaturedNews
Updated: July 29, 2019 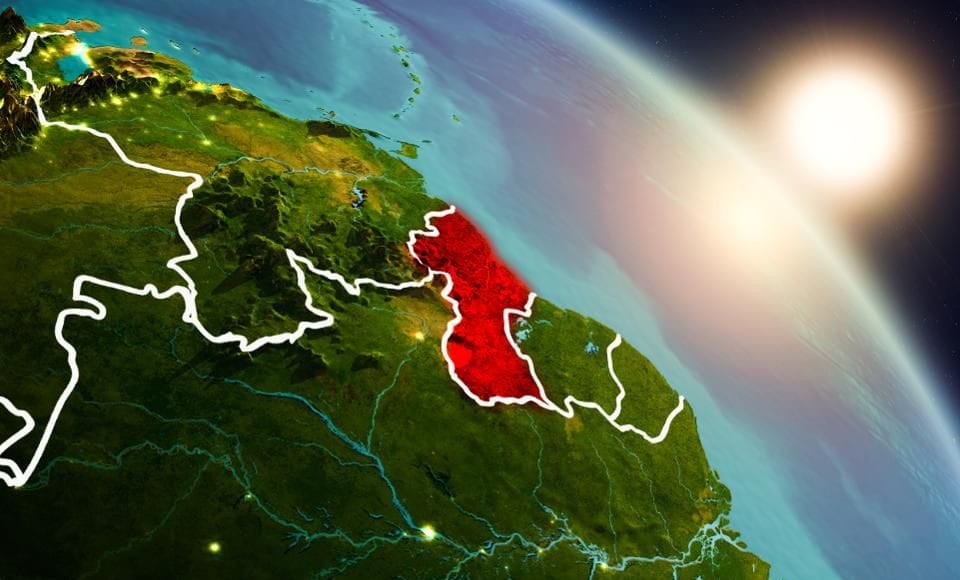 [FORBES] Nothing is ever easy or simple in the world of international offshore oil and gas development. That axiom is proving to be true for the most prolific offshore oil discovery in recent years off the coast of the tiny South American nation of Guyana.

Political and media focus is shifting back to Guyana’s nascent oil industry following the conclusion of a lengthy legal battle over a successful motion of no-confidence in the governing coalition of President David Granger last December. On June 18th, the Caribbean Court of Justice (CCJ) upheld the no-confidence motion and ordered elections by September 18th, 2019. Guyana has a history of volatile politics, so this campaign season promises to become very contentious.

All of this takes place against the backdrop of rapidly approaching first oil in Guyana’s prolific Stabroek block, operated by the consortium of ExxonMobil XOM +0%, Hess HES +0% and CNOOC . In April of this year, ExxonMobil made its 13th discovery in the deep waters off the Guyanese coast. That discovery added to the estimated 5.5 billion barrels of recoverable resources found so far on the Stabroek Block alone.

The production potential here is staggering. ExxonMobil and its partners expect production can surge from zero to more than 750,000 barrels per day over the next 5 years. The first FPSO vessel recently set sail for Guyanese waters, and some expect to see as many as four or five offshore by the mid-2020s. Some analysts have calculated that the Government of Guyana could reap as much as $5 billion per year. These projections present transformative potential for a country with a population of around 800,000 and current GDP of less than $4 billion.

The upcoming elections will play out in late 2019 and early 2020, roughly the same time during which first oil production will take place. But it remains to be seen what this confluence of elections and production may mean for the industry. Vocal critics have already begun to advocate for the government to take another look at the Stabroek production sharing agreement (PSA), which was signed in 2016.

A streak of successful discoveries has cast that contract in a different light, yet the situation in 2015 was not nearly as rosy as things sit today. At the time Guyana had no history of oil production and there had been a long string of over 40 unsuccessful exploration wells. There was little infrastructure in place to support any sort of production. Guyana also had the dubious distinction of being a total write off for Royal Dutch Shell, which sold its offshore oil exploration block that year for $1. So, ExxonMobil and its partner companies were assuming an enormous risk going into this potential development.

The long-running maritime border disputes with neighbours Venezuela and Suriname only served to enhance that risk. In 2000, a Surinamese gunboat threatened to fire on a CGX rig as it attempted to prepare an exploration well. In 2013, an exploration vessel chartered by Anadarko Petroleum APC +0% was conducting seismic work off the Guyanese coast when it was approached by a Venezuelan navy vessel and forced to sail to Margarita Island where it was detained. Even today, Guyana is battling Venezuela in international court to protect its territory.

The government, eager to retain interest amidst these difficulties, fell back on generous fiscal terms and large blocks in 2016 to convince ExxonMobil and others to continue their activities. Guyana thus became the epicenter of one of the largest offshore exploration programs in industry history. Energy analyst group Rystad Energy found that Guyana leads the world in offshore crude oil discoveries since 2015 .

While the PSA is currently a source of political contention, the projected revenue to be derived from it is impressive. Guyana’s profit oil and royalty just from Liza Phase 1 and 2 at an oil price of approximately $50 per barrel could be $3 billion (US) after five years and $25 billion (US) over the life of those projects. A windfall of that magnitude is sorely needed in Guyana, where the government has struggled to fund education and healthcare. Much of the population does not have access to paved roads, modern hospitals or reliable electricity.

The pace of development of this deepwater prospect has also been impressive. Most offshore projects take between 4 and 10 years to begin production even in shallow waters close to shore. Guyana’s first oil production at the Liza Phase 1 site is due to start in 2020.

Funding has poured into the country and made Guyana the fastest-growing economy in the Caribbean. But the long-running political battle is diverting attention from critical needs, such as the development of a revenue-management framework and plans to overhaul the nation’s infrastructure, education system and healthcare network.

It is amid all of this political turmoil and international disputes that the ExxonMobil-led Consortium must continue the development of this major resource. None of it is easy or simple, but the potential prize for both the Consortium members and the people of Guyana makes the risk well worth taking.