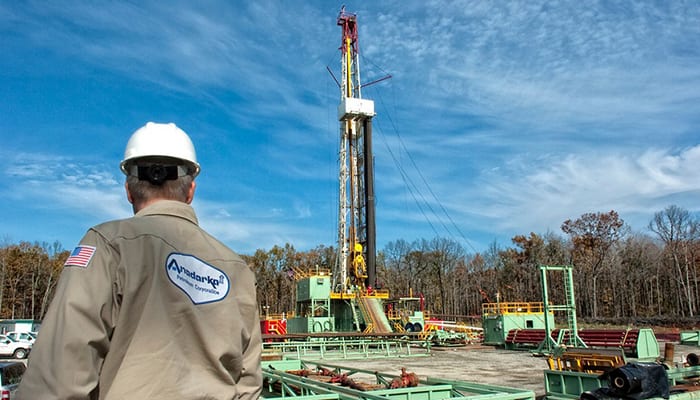 Anadarko Petroleum said late Friday that it has tested more than 4,000 active oil and gas lines and plugged another 2,400 inactive ones per a state order issued after a fatal home explosion in Firestone in April, the Denver Post reports.

“We are looking at everything,” said John Christiansen, a spokesman for the Houston area company. “We aren’t taking any chances.”

On April 17, gas from an abandoned flowline still attached to an Anadarko well in Firestone’s Oak Meadows neighborhood ignited in the basement of 6312 Twighlight Ave., killing Mark Martinez and Joey Irwin as they worked on a water heater.

Right after the explosion, Anadarko shut down 3,000 vertical wells similar to the one implicated in the blast, and 10 weeks later has brought only 30 of them back into production.

The company has pledged to permanently shut-in a half dozen wells located near the Oak Meadows neighborhood, which Century Communities built on top of an old oil and gas field criss-crossed with numerous flowlines.

The 2,400 inactive lines plugged under the state order were 2 inches or 3 inches in diameter. As an added precaution, the company capped another 3,600 one-inch lines no longer in use, bring the total number of abandoned lines to 6,000 plus.

Christiansen said the bulk of the abandoned lines were located on tank farms, or facilities that store and process oil and gas coming from surrounding wells. In Weld County, Anadarko has switched to a tankless system where oil and gas is transported on larger pipelines and handled at a centralized facility.

Also per the state order, the company said it has pressure tested more than 4,000 active lines and that 99.6 percent had passed. The 16 that failed are undergoing repairs and will be retested.

“There are no hydrocarbons flowing through them,” Christiansen said.

Anadarko, after looking at thousands of wells, hasn’t found a set-up similar to the one seen at the Firestone well linked to the home explosion, Christiansen said.

Following the blast, the Colorado Oil and Gas Conservation Commission issued an order that gave oil and gas operators until May 31 to report the location of all flowlines within 1,000 feet of existing structures.

The second part of the order, with a June 30 deadline, required companies to pressure test active lines to ensure their integrity and to abandon any inactive lines per state rules put in place in 2001.

Those rules require companies to cut the risers, or the portion of the pipe sticking out above ground, at least three feet below ground. The lines must be plugged and capped on both ends.

Operators reported more than 128,000 flowlines to the state per the order, although some of those lines were located beyond the 1,000-foot requirement. Of those, about 113,000 were active, according to reports filed with the COGCC.

Anadarko has deployed more than 300 workers testing or plugging lines, Christiansen said. While most of the work is done, Anadarko asked for another month to comply, which the state granted.

Todd Hartman, a spokesman for the Colorado Department of Natural Resources, said that as of Friday afternoon, seven producers had requested “variances” from the state. Most of those were for another month or two to comply.

“One operator, Willsource, has sought an extension due to high creek runoff that is limiting access to three wells with flowlines,” Hartman said.

Besides Willsource Enterprise and Anadarko, other operators that have asked for more flexibility, either in time or terms, include BP America, ConocoPhillips, Noble Energy, PDC Energy and Pioneer Natural Resources, Hartman said.

Test results from active lines will be available to the public in coming days as the information is uploaded, he said. (Denver Post)

Chevron joins ranks of ultra-majors in US$50B powerhouse deal – could...