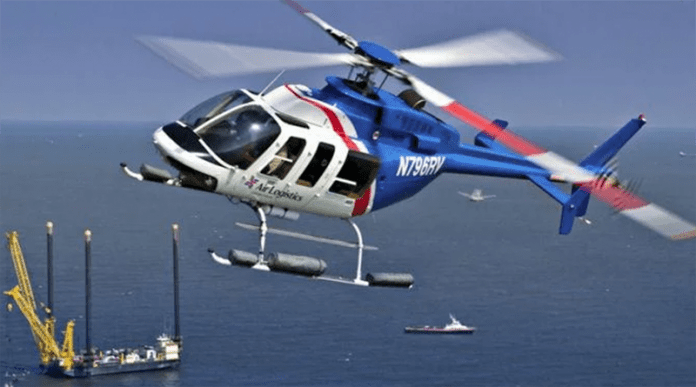 Offshore Energy Today is reporting that a Bristow operated Bell 407 helicopter crashed in the Gulf of Mexico on Sunday March 10, 2019. According to the report, one person was killed and another missing from the crash.

The helicopter reportedly was operating between Galliano and Venice, Louisiana. The chopper was reportedly carrying one passenger and one crewmember.

Bristow is said to be cooperating fully with authorities as the investigations get underway. The Group’s incident response team has also reportedly been mobilized.

“Our highest priority is assisting those involved and impacted by the accident,” Bristow President and CEO Don Miller has been quoted as saying.

In 2018 Bristow secured a multi-year contract to provide helicopter offshore crew change and search and rescue (SAR) services to support ExxonMobil in the Stabroek Block offshore Guyana. The five-year deal, which was a renewal of an existing contract, started on January 1, 2018.

Bristow gets greenlight from Bankruptcy Court for reorganization

Bristow in new contract with Apache

Bristow in new contract with Hess for search and rescue operations