OilNOWLatest News and Information from the Oil and Gas sector in Guyana
More
News
Updated: July 11, 2022 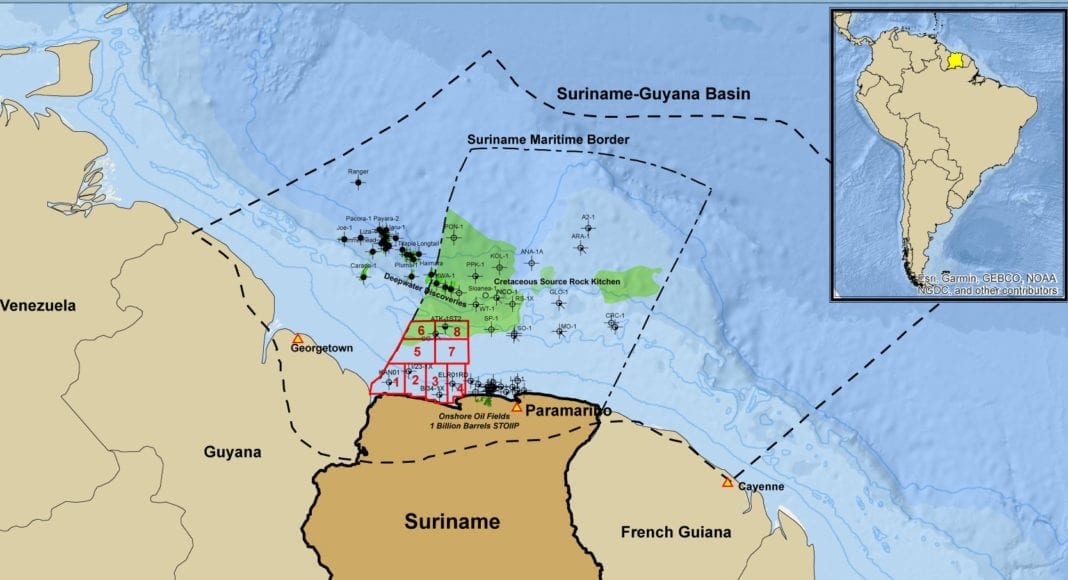 Plans for Suriname’s first offshore oil development are advancing at what is turning out to be the country’s most prolific deepwater acreage at Block 58 where another discovery was announced just this week.

APA said in its Q4 2021 Financial and Operational Results that plans are advancing for the first oil development on Block 58 with the successful Sapakara South-1 flow test, and subsequent to the quarter, announcement of the Krabdagu discovery.

Located 18 kilometers south-east of Sapakara South, Krabdagu-1 was drilled at a water depth of 780 meters and encountered approximately 90 meters of net oil pay in good quality Maastrichtian and Campanian reservoirs.

The company also increased the oil-in-place estimates for Block 58, which borders Guyana’s giant Stabroek Block where ExxonMobil has found over 10 billion barrels of oil equivalent resources since 2015.

“With further information and analysis, we are increasing our estimate of the connected resource in place, in a single zone at Sapakara South 1, to more than 400 million barrels,” Christmann said.

APA said $1.6 billion has been budgeted for 2022 upstream capital investment, of which $200 million is dedicated to exploration and appraisal activities, primarily in Suriname.