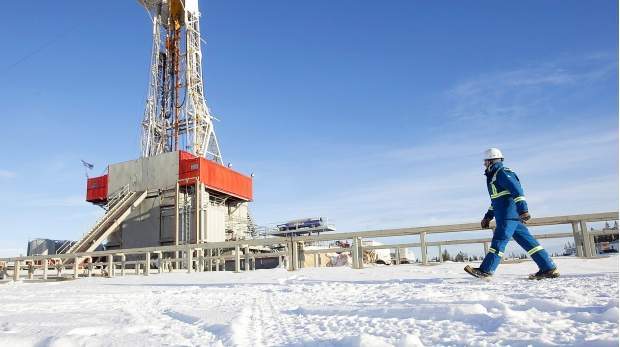 (Oil & Gas Investor) Canadians often take centrist, middle-of-the road positions on issues and energy is no different, according to David Coletto, CEO of Abacus Data. Even in energy-rich Alberta and Saskatchewan, Canadians accept that the global energy system is changing, slowly transitioning from fossil fuels, but they are quite happy to continue developing oil and gas resources and the infrastructure—think pipelines—needed to get product to market.

“It’s about finding a balance. That’s certainly what the federal government has tried to do—a national climate change plan that incentivizes less emissions, but also continuing to build pipelines and make sure that we get value for the resources that we have as this transition happens,” the Ottawa-based pollster said in an interview. “That’s the key piece.”

Coletto’s comments come hard on the heels of the raging political controversy over Kinder Morgan’s (NYSE: KMI) 590,000 barrels per day Trans Mountain Expansion pipeline from Alberta to the West Coast. The project is opposed by the British Columbia left-leaning government of John Horgan, as well as many environmental groups and coastal First Nations. Oddly, public support for the pipeline has risen in recent months.

A May 9 survey from Angus Reid Institute reported that a majority of British Columbians (53%) disapprove of the Horgan government’s handling of the Kinder Morgan project, while slightly more than one-third approve. Similar results have been reported by other polling firms, confirming what Bruce Anderson, the other principal in Abacus Data, argued in a recent post, “as much as some pro-pipeline advocates want to hear politicians going to battle with opponents, voters would probably prefer that their politicians reduce rather than increase the drama.”

That observation fits with the data Coletto has accumulated over the past three years surveying Canadians about their attitudes toward energy and that related topic, climate change. In all provinces, a large majority of Canadians said they understand the global energy system is changing, and while they want their governments to support and encourage that change, the pace should be gradual and not pinch their pocketbooks.

“Most Canadians believe that climate change is something we need to address. But on the other hand, they don’t want it to hurt too much, which I think is always the case with any public policy question,” he said.

Even the internationally maligned Alberta oil sands—infamously called “dirty oil” by former President Barack Obama, who said it should be “kept in the ground”—are mostly loved across the country.

Alberta and Saskatchewan, the largest oil and gas producing provinces, naturally register the highest support. Support in Quebec, with its focus on hydro power and a long history of supporting environmental causes, is predictably softer. But other provinces like Ontario and the Maritimes that depend upon natural resource development are sympathetic to oil sands development. Even British Columbia, itself rich in minerals and forestry, shows very strong support outside Metro Vancouver, Coletto said.

“Most British Columbians are somewhere in the middle. They’re persuadable. They’re open to arguments. On the one hand, we should build a pipeline because it’s in the national interest. On the other hand, they’re concerned about the impact on the environment and the coastline,” he said.

One policy initiative Canadians are not open to is carbon taxes, even though a number of provincial governments have already enacted them and Ottawa plans a national regime in the near future. Pushing harder only causes voters to dig in their heels, according to Abacus polling.

“Some environmental advocates say carbon pricing is not going far enough, that the price is not high enough. But what our research shows is that people don’t really understand how it works,” Coletto said. “They don’t understand that from an economic perspective, carbon pricing is probably the better way to shift behavior. The public hasn’t caught up.”

Even if they don’t understand or like carbon pricing, Canadians generally think demand for crude oil is declining. A fall 2017 Abacus survey found that equal numbers believe demand for oil will be rising (31%) as believe it will be falling (32%) by 2027. But when asked about oil consumption 30 years in the future, a majority (57%) think demand for oil will be falling, compared to just 22% who think it will still be increasing. The pessimistic view about oil in both questions represented a double digit increase over polling results from just six months earlier.

Coletto said the trend in public opinion is slowly moving toward favoring the low-carbon economy, but higher-carbon resources like the abundant oil and natural gas in Alberta and Saskatchewan aren’t in danger of losing support any time soon.

“As we read more and more stories about electric vehicles—about the dropping prices of solar panels, about China positioning itself as a global green energy leader—I think that does balance our recognition that the non-renewable resources in Alberta and Saskatchewan are still valuable, but we shouldn’t put all our chips in that basket going forward,” he said.

Canadians always come back to the middle, according to Coletto. “They aren’t naturally opposed to pipelines or more development, but on the flip side though they want to make sure that that transition to low carbon energy is in place,” he said. “I think most Canadians are thinking about this and trying to plan for the energy future.”

Global shut-ins surge as Canada, Venezuela among those leading 2 million bpd drop off