OilNOWLatest News and Information from the Oil and Gas sector in Guyana
More
News
Updated: October 28, 2017 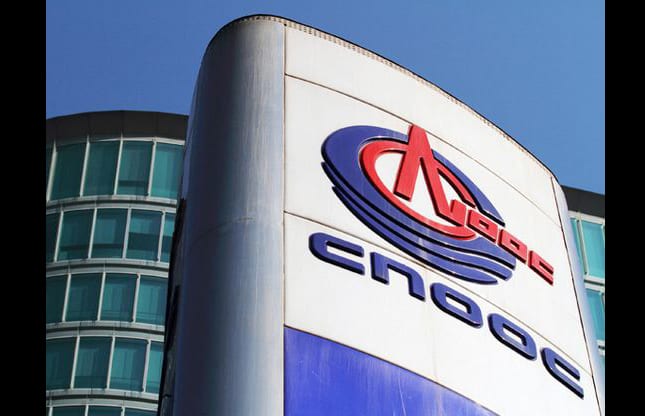 CNOOC announced on October 25 that for the third quarter of 2017 unaudited oil and gas sales revenue for the company reached approximately RMB 35.94 billion, an increase of 16.9 percent over last year. The company reports that this is due to the increase in the average realized oil and gas prices. A release from CNOOC said that during the period, the company’s average realized oil price increased 20.4 percent to US$50 per barrel mainly due to the increase in prices internationally.

CNOOC Nexen Petroleum Guyana Limited has a 25 per cent equity share in the Stabroek License offshore Guyana, for which the main operator is ExxonMobil.

For the third quarter of the year, the Company achieved a total net production of 116.2 million barrels of oil equivalent (“BOE”), representing a decrease of 1.3% year over year (“YoY”). Production from offshore China decreased 2.4% YoY to 73.8 million BOE, mainly due to production decline of producing fields. Overseas production increased 0.7% YoY to 42.4 million BOE.

It said that to date, four out of five new projects planned for this year have commenced production. “Weizhou 12-2 oil field Phase II is under installation and commissioning and expected to commence production within the year,” the statement said. According to CNOOC, by the end of September, the company had put online five new fields. It is in the final stage of building facilities for the Weizhou 12-2 oilfield Phase II in the Beibu Gulf of the South China Sea and expects to start commercial production at the end of this year.

The statement noted that for the third quarter of the year, the Company’s capital expenditure reached approximately RMB 11.78 billion, almost flat from the same period of last year.

Mr. Yuan Guangyu, CEO of the Company, said, “During the third quarter of the year, the Company made every effort to fully tap potential, constantly push forward quality and efficiency enhancement. Meanwhile, we are confident that we will achieve our production and operation targets for the year and continuously create greater value for the shareholders. ”