OilNOWLatest News and Information from the Oil and Gas sector in Guyana
More
News
Updated: August 13, 2018

How good are Sovereign Wealth Funds at investing money from natural resources? 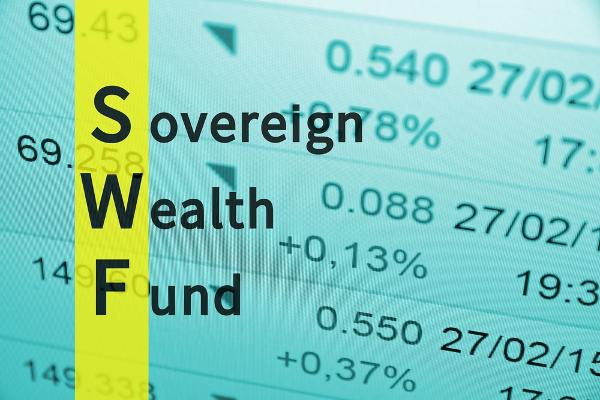 (Natural Resource Governance Institute) Governments around the world held about USD 3.7 trillion in oil, gas and mineral wealth in sovereign wealth funds (SWFs) at the end of 2016. There are many reasons why they have saved so much money. Some, like the Kuwait Investment Authority, have created an endowment for future generations. Others, like Chile’s Social and Economic Stabilization Fund, are meant to be used during economic downturns or crises. Still others are used for under-financed spending priorities. The U.S. state of Texas, for example, invests a large portion of its oil, gas and mineral revenues in global markets through its USD 21 billion Permanent University Fund. It then supports public university education using the interest earned on the fund’s asset placements.

But how good are these funds at investing citizens’ resource wealth? There is surprisingly little freely available research on SWF financial performance. This is partly due to fund opacity; approximately half of the world’s sovereign wealth funds do not publish their returns. However, several are open enough to compare results.

The table below shows the target medium-term return, target asset allocation, and average annual nominal return from 2010-17 for 11 SWFs. Each of these funds is resource-financed or helps stabilize natural resource revenue flows, except for the New Zealand fund, which I’ve included as a benchmark of strong performance.

The table shows a wide variance in target asset allocations which in turn reflect the funds’ objectives and/or return targets. Target asset allocations provide a guideline to fund managers on what percentage of the fund to invest in cash, equities (stocks), fixed income (bonds) and alternative assets (e.g., real estate, commodities, art).

The implications of different asset allocations can be seen in a fund’s average annual return and year-to-year value volatility. In general, riskier profiles have achieved higher returns since the 2008 global financial crisis. However these funds have also experienced outright losses in some years. At the same time, there is no absolute relationship between risk-taking and return; Alberta (Canada) had a higher risk profile than New Zealand yet has achieved a lower return since 2010. In another example, Trinidad and Tobago achieved nearly the same return on investment as Norway despite a less risky portfolio.

New Zealand managed the highest annual rate of return in this small sample without purchasing any alternative assets, such as real estate or commodities. Its 15.5 percent rate of return—a result of a large equities allocation in a decade characterized by soaring stock prices—implied that it could double its money in five years.

Research suggests that more than 90 percent of the variation in investment performance over time is explained by strategic asset allocation. In theory, a fund’s asset allocation ought to be directly derived from its purpose, investment objective and target return. A more risk-averse SWF, with shorter horizons and a high preference (or need) for liquid assets, would favor a relatively higher allocation to bonds and cash (or money market instruments). A stabilization fund for example, needs access to funds at short notice to stabilize fiscal revenues in the event of shocks in commodity prices and cannot afford sharp fluctuations in the value of its portfolio. Managers of stabilization funds may therefore wish to limit investments in volatile assets (e.g., listed equities) and illiquid assets (e.g., alterative or private assets, such as private equity and real estate).

While greater risk-taking can lead to higher long-term returns (if asset purchases are truly based on risk-return criteria), it can also generate greater year-to-year volatility. For example, the Timor-Leste Petroleum Fund has earned approximately 3.5 percent annually since 2010, though it did not exceed 6.6 percent return in any given year. On the other hand, the Alaska Permanent Fund lost money in 2012, though the average rate of return over the same period was higher than Timor-Leste:

Fund volatility in Alaska and Timor-Leste

As countries like Guyana and Lebanon develop new sovereign wealth funds, and as existing funds revise their investment guidelines, they may wish to heed the lessons of New Zealand and Trinidad and Tobago: a government does not need to take excessive risks in order to make a decent return. Higher risk asset classes require expertise to properly oversee transactions and protect a fund’s integrity. Instruments without credit ratings or other types of alternative assets require additional due diligence in the form of legal advice, financial analysis and knowledge of specific market conditions. Purchasing publicly traded instruments, on the other hand, requires fewer specialists and may generate similar returns to alternative assets, as the New Zealand case shows. In low- to medium-capacity environments, lawmakers and senior fund managers ought to prohibit outright the riskiest types of investments and the ones most susceptible to mismanagement, such as derivatives and commodities.