OilNOWLatest News and Information from the Oil and Gas sector in Guyana
More
News
Updated: July 12, 2022 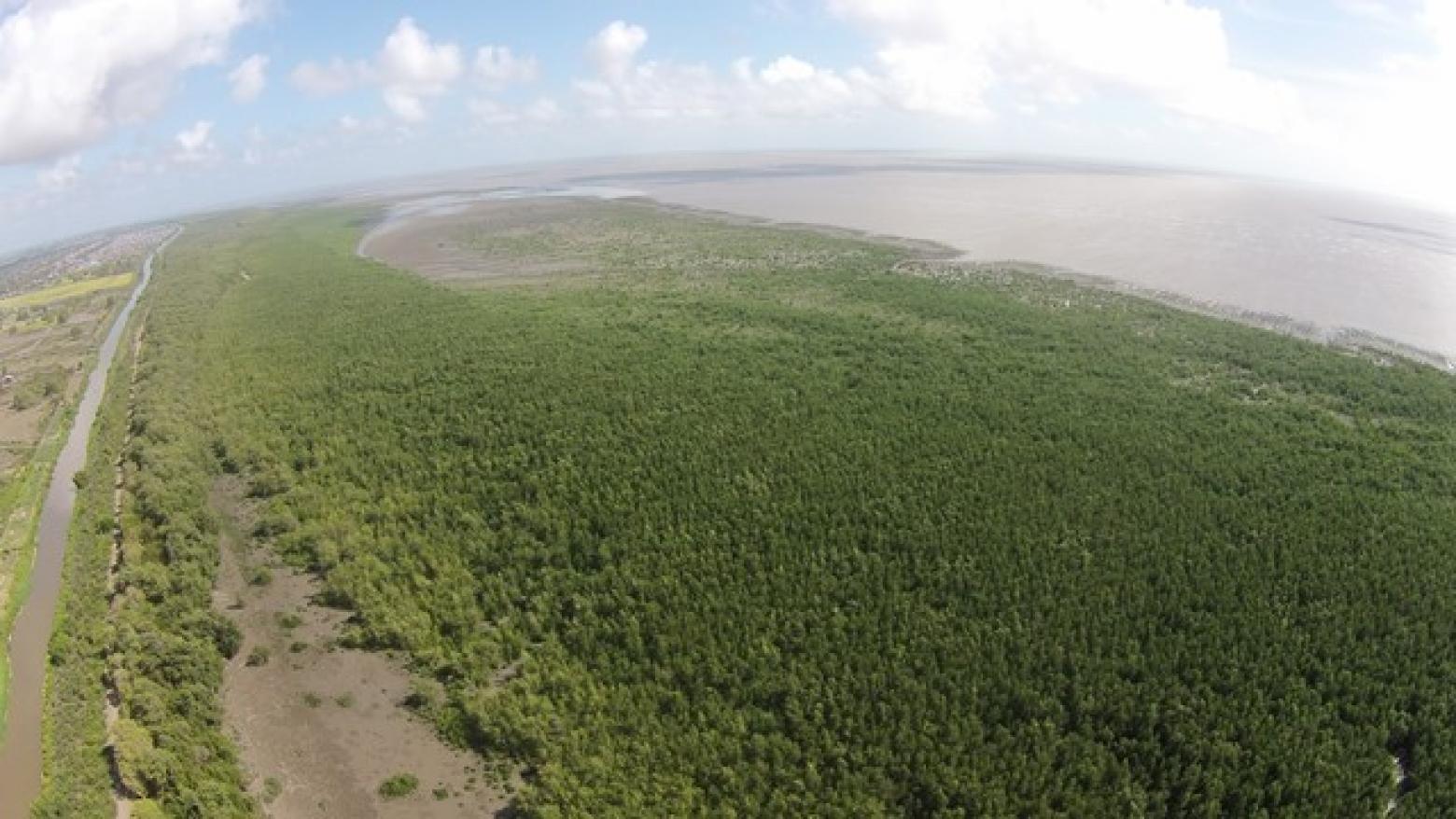 Being among the best natural carbon capture agents in the world, mangroves are an invaluable tool for any government in its quest to reduce a country’s carbon footprint. They can store three to four times more carbon than regular land-based forests.

They are so proficient in this regard that, despite covering 0.7% of total land area at a global level, mangrove deforestation accounts for an estimated 10% of annual emissions globally. The Guyana government estimates that mangroves are worth at least US$1.6 billion annually in ecosystem services.

In its low carbon push, Guyana plans to reanimate a project it had undertaken years ago to replant mangroves. Between 2010 and 2013, Guyana’s National Agricultural Research & Extension Institute (NAREI) spearheaded the Guyana Mangrove Restoration Project.

This project allowed for the establishment of national administrative capacity to manage mangroves in Guyana and focused efforts on mangrove restoration, community-based mangrove management as well as public awareness.

Funded by the European Union under the Global Climate Change Alliance Plus (GGCA+), the initiative made commendable achievements. These included the monitoring and protection of 36.5 kilometres of mangroves by a mangrove ranger unit, the planting of 420,000 black mangrove seedlings with community involvement, and the restoration of 5 kilometres of mangroves along the East Coast of Demerara, West Coast of Berbice and Corentyne Coast.

Minister of Natural Resources, Vickram Bharrat, first announced that the project would be renewed on World Environment Day last year. The project has become more necessary now as accelerating urban development, in addition to natural erosion and accretion, threaten mangroves.

It is demonstrative of Guyana going above and beyond to decrease its carbon footprint, seeing as it already boasts forest cover among the highest in the world.

Guyana’s Low Carbon Development Strategy (LCDS) 2030, its national sustainability plan, is set to be tabled in Parliament, after its finalisation, in a few weeks. Following its ratification by the government’s legislative arm, wider implementation will commence.