OilNOWLatest News and Information from the Oil and Gas sector in Guyana
More
News
Updated: June 27, 2022 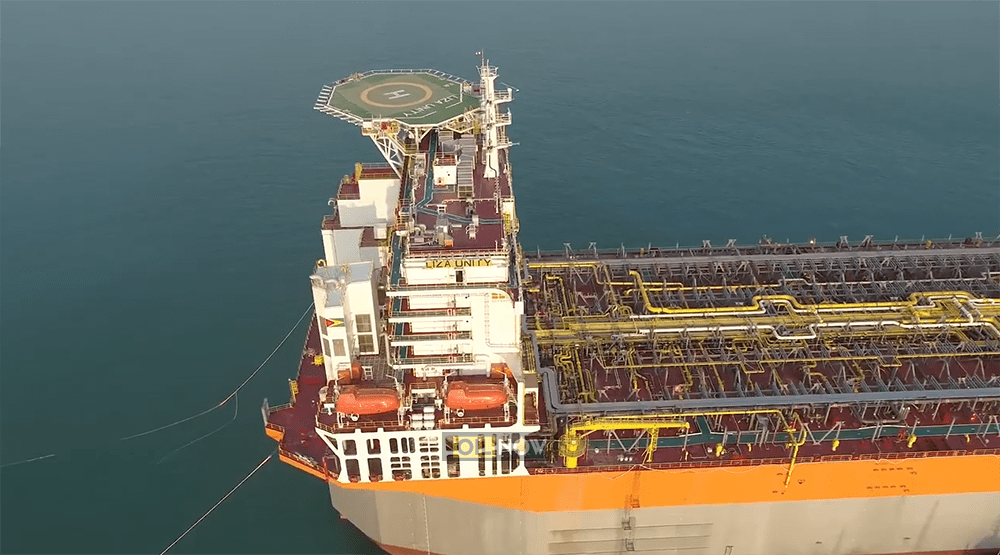 The economic fortunes of Guyana, with a population of only around 800,000, are poised for a major transformation after its first-ever oil development commenced production just six weeks ago. Offshore oil production is expected to grow rapidly in the years to come and will generate unprecedented revenues for the Guyanese government.

A Global Witness report released on Monday said that Guyana stand to lose around US$55 billion dollars in its deal with ExxonMobil for the Stabroek Block. The organisation said the terms of the PSA “provide an exceptionally low government share of profits – just 52%…” In that report, Global Witness had said this analysis was based on data put out by Rystad Energy. However, the Norway-based company said Tuesday the average government take for Guyana is around 60% which is in the range of mature producer Brazil.

“Since the initial discovery in 2015 of the giant Liza oil field in the prolific Stabroek Block, Guyana has discovered more than eight billion barrels of oil resources,” says Sonya Boodoo, Vice President of Upstream Research at Rystad Energy. “Liza was brought on stream in December and many more fields will follow suit in due course. Guyana’s rising oil revenues will make a huge difference in the continued development of the country. At the same time, in order for Guyana to realize the full potential of these resources, a stable regulatory and fiscal environment will be a key factor.”

Rystad Energy forecasts that Guyana’s oil production could reach 1.2 million barrels per day by the end of the decade, lifting total annual oil revenues to about US$28 billion, assuming an oil price of about US$65 per barrel. Government income in the country – projected to be a modest US$270 million or so in 2020 – is forecast to grow rapidly and could reach nearly US$10 billion annually within a decade. Putting that figure into context, Guyana’s gross domestic product currently stands at about US$3.7 billion.

Between 2015 and 2019, oil and gas companies invested around US$8.1 billion in exploration and development activities in Guyana’s offshore sector. Under the country’s fiscal regime, these companies assume all risks during the exploration phase, which explains the negative free cash flow (FCF) seen thus far. Going forward, these costs – including both investments and operational expenses – will grow as new development projects are approved and new fields are brought on stream. At the peak, the annual costs are expected to reach around US$8 billion. 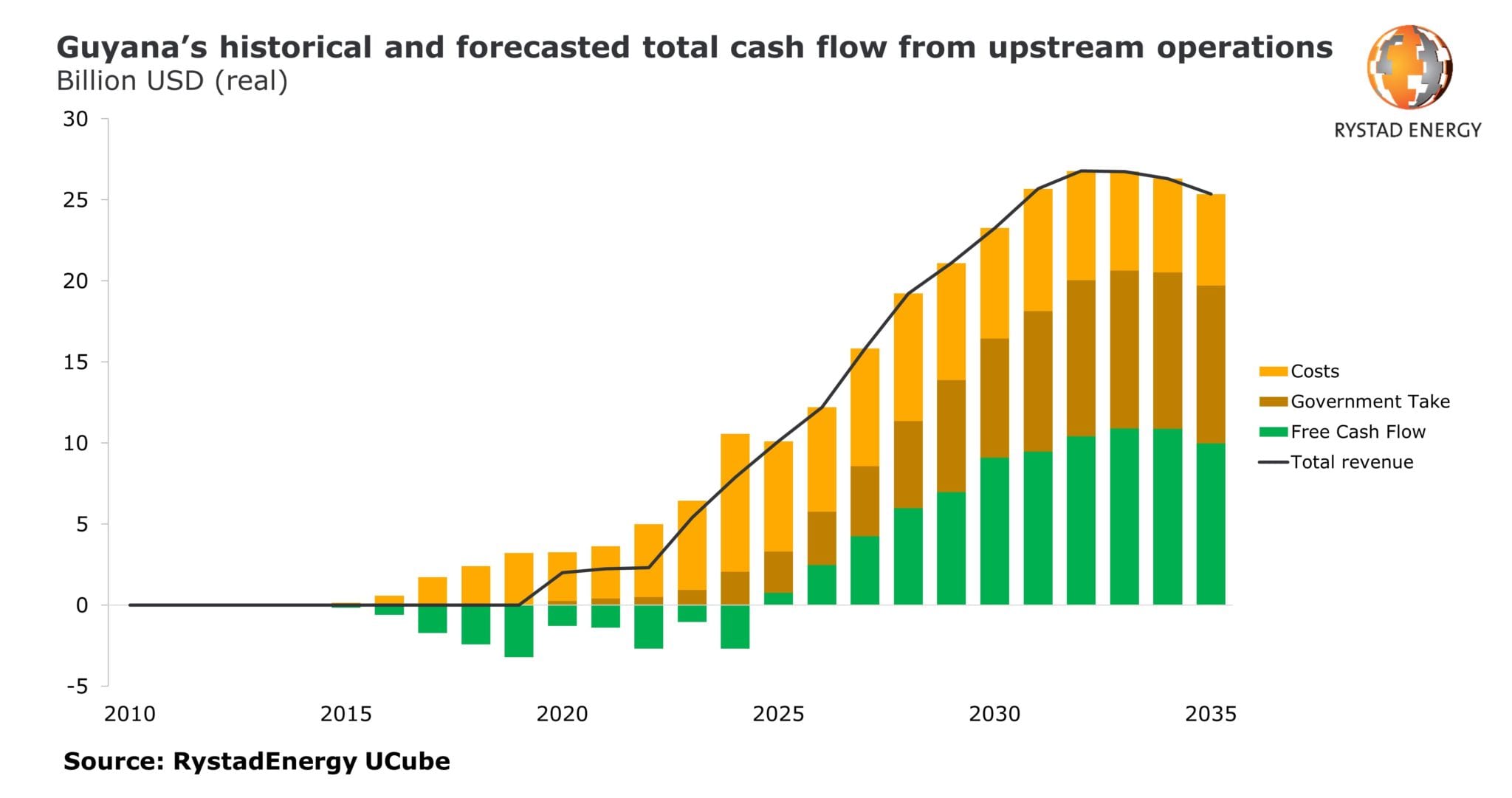 Guyana’s fiscal regime and overall take has been heavily discussed over time, both domestically and internationally. In 2018, the International Monetary Fund published a paper advising Guyana’s government to increase government take for new licenses in order to reflect the impressive run of exploration successes in the Stabroek Block.

“The current fiscal regime for Stabroek involves a transparent profit-sharing contract with three main components: a 2% royalty, a profit oil level of 50%, and a cost recovery ceiling of 75%. The contract is reflective of the situation at the time of signing back in 1999, when multiple companies had encountered several dry exploration wells. At the time, E&P companies were seen to be taking a considerable risk by conducting deepwater exploration in the region. To make such frontier drilling attractive, Guyana offered competitive fiscal terms,” Boodoo says.

Rystad Energy has benchmarked the Stabroek fiscal regime against the fiscal regimes of other “frontier” and upcoming oil and gas producing countries, such as Mozambique, Israel, Tanzania, Mauritania, Suriname, and the Falkland Islands. 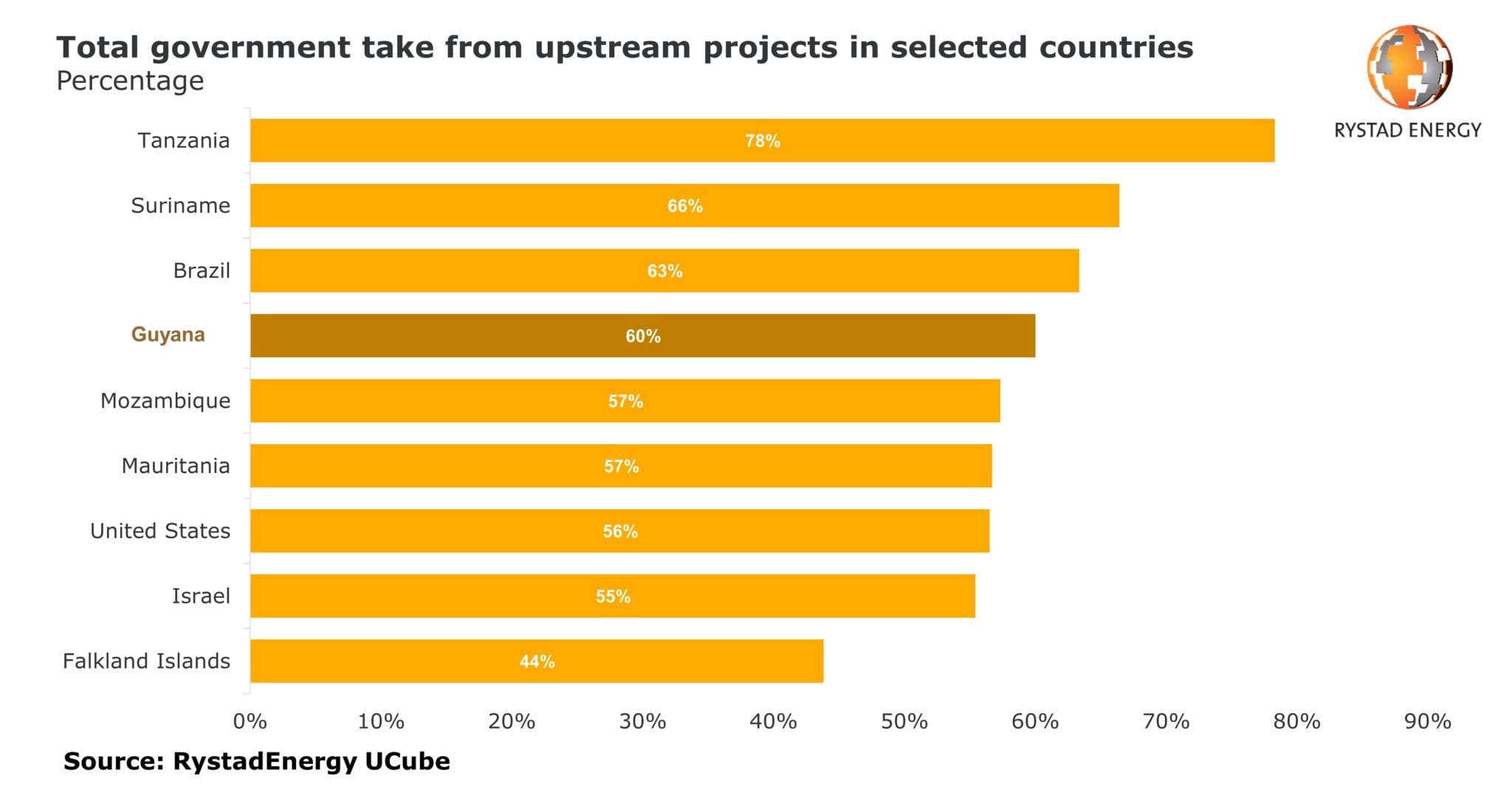 For Guyana, the average government take is 60%, which in our benchmarking overview places the country right between major producer Brazil at 63% and fledgling producers Mozambique and Mauritania, at 57%.

“We find the current fiscal regime in Guyana to be in line with other emerging oil and gas countries. As Guyana firms up its credentials as an attractive upstream destination, we expect that new awards of production sharing agreements will likely stipulate revised fiscal parameters, with the higher government take,” Boodoo concludes.