OilNOWLatest News and Information from the Oil and Gas sector in Guyana
More
News
Updated: October 15, 2020 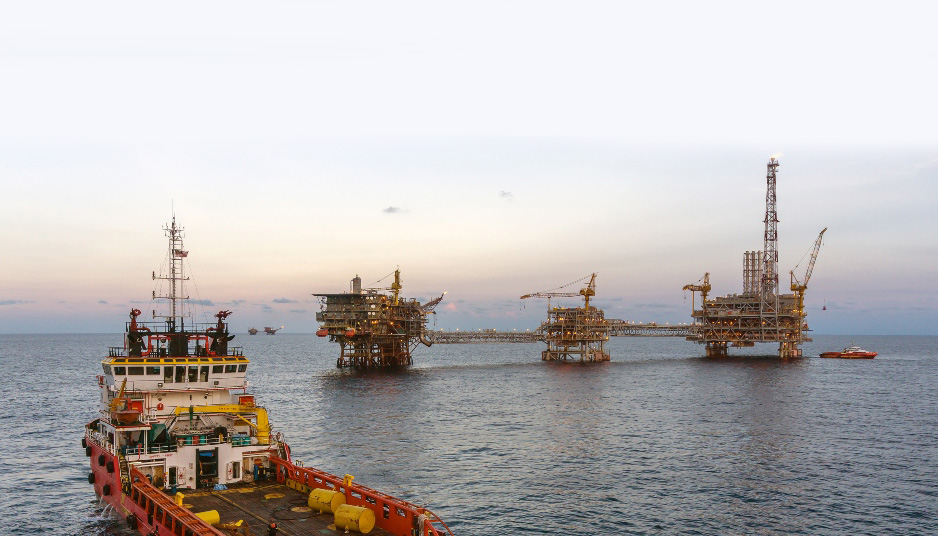 Hydrocarbon production on the United Kingdom’s continental shelf (UKCS) has dropped steadily since its peak at 4.3 million barrels of oil equivalent per day (boepd) in 1999, never exceeding 2 million boepd after 2010. Promising exploration results by Hurricane Energy in fractured basement reservoirs, previously untapped in the UK, were until earlier this year expected to revive the country’s output to 2.1 million boepd by 2035, according to Rystad Energy’s estimates. Now those hopes have been dashed.

A recent jaw-dropping downgrade of Hurricane Energy’s Lancaster field revealed that the reservoir is more complex than previously thought. The result is a drastic resource downgrade for the company’s entire asset portfolio, as all its resources lie in fractured basement reservoirs. This is a major blow to the outlook for the UK’s future petroleum production, as fractured basement resources were estimated to account for nearly one-fifth of the future oil and gas output from the UKCS.

The downgrade has prompted Rystad Energy to revise its production forecast for the UKCS. “Our projections now show that production will never again exceed the threshold of 2 million boepd but will instead reach a maximum of 1.7 million boepd in 2035 before dwindling to nearly nothing by the middle of the century,” Rystad Energy said.

“The entire UKCS long-term production forecast has been impacted quite significantly. The main takeaway here is that we may never again see any significant production upsurge in UKCS production. A possible game-changer could now only be a development of technical skills for producing from fractured basement reservoirs to increase the recovery factor,” says Olga Savenkova, upstream analyst at Rystad Energy. 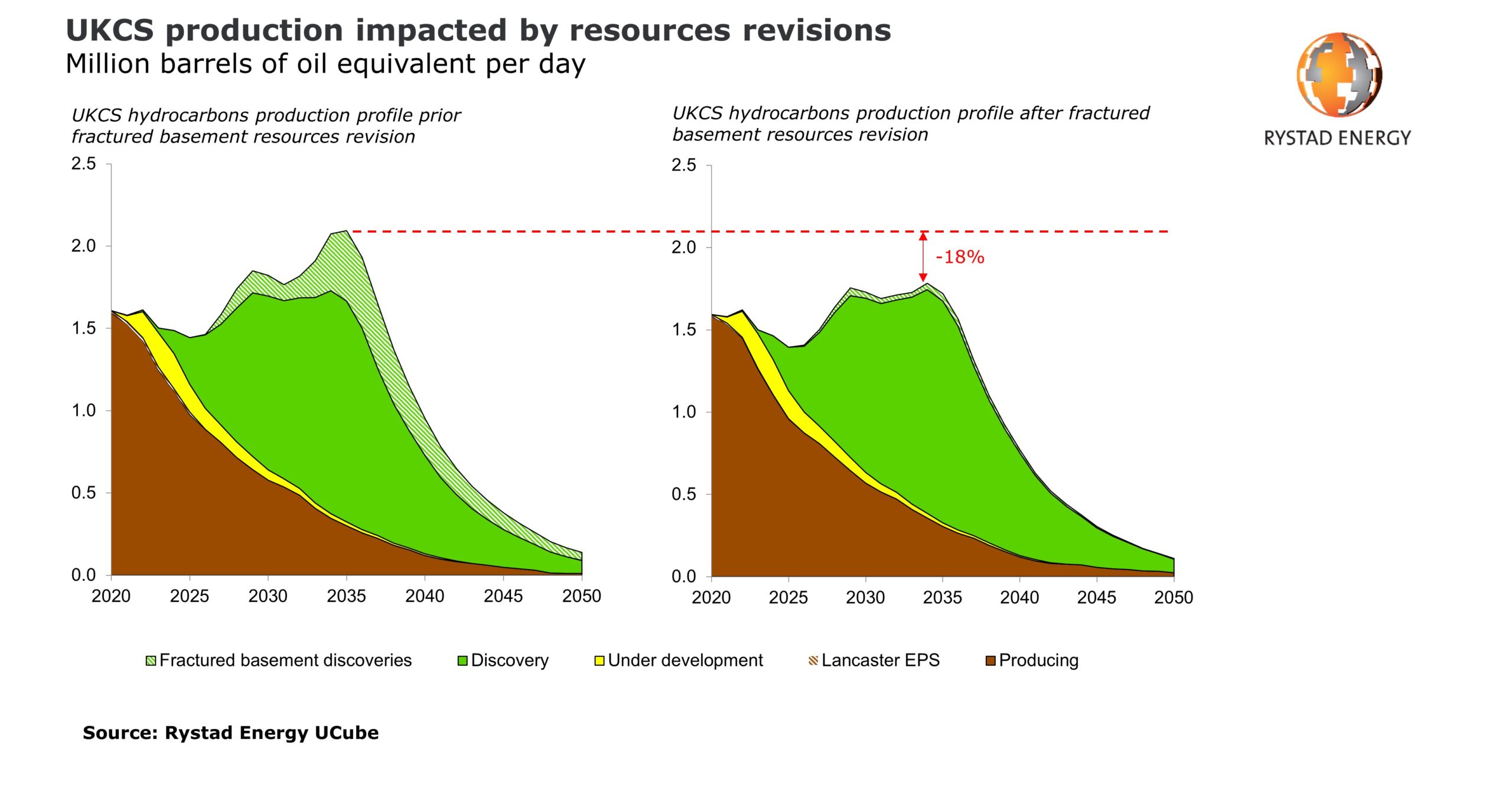 Basement plays on the UKCS were largely ignored in terms of evaluation and investment until Hurricane Energy emerged in 2004, founded on the belief that these complex reservoir systems were a significantly untapped resource in the North Sea. Hurricane first embarked on an exploration campaign to prove the producibility of the Lancaster fractured basement and has since announced robust results of more than 2 billion barrels of oil equivalent (boe) in fractured basement reservoir resources believed to be discovered.

Lancaster became the UK’s first fractured basement field in 2015 and is located on the Rona Ridge in the West of Shetland area. The reservoir is penetrated by six wells, the first of which was drilled in 1974. This first well encountered oil in the basement reservoir, but as the basement was not the drilling target the potential was discounted at the time.

The first phase of development of the Rona Ridge assets, the Lancaster early production system (EPS), was brought on stream in 2019. However, production data from the Lancaster EPS didn’t confirm original expectations on reservoir properties. The reservoir pressure fell more rapidly than anticipated, which lead to a substantial resource downgrade across the fractured basement portfolio.

According to Rystad Energy, the downgrade has slashed Hurricane’s estimated resources by nine-tenths and triggered the stock to plummet. The total 2P+2C resource estimate for fractured basement resources dropped to 0.2 billion barrels of oil equivalent from the 2.3 billion boe reported by Hurricane in its 2017 competent person’s report (CPR).

The 2C resources for the basement alone at the Lincoln field were reduced to 45 million barrels. Resource revisions for Halifax have not yet been communicated but based on the Lancaster revisions, we now estimate these resources to 88 million barrels – a game-changing reduction from the previous 1.235 billion barrels.

Basement reservoir developments are recognized throughout the world as oil-bearing and commercially productive yet remain largely overlooked. Currently, more than 100 fields are producing from basement reservoirs, but the volumes produced are comparatively small as fractured basement reservoirs have low porosity and low-permeability rock. The rock is generally unable or very poorly suited to store hydrocarbons, but weathering and movements in the rock have created fractures where hydrocarbons can be stored and move inside the rock.

To better understand the fracture network size and thus the reservoir size and oil volumes, an extended well test over a longer period is an option. A shorter-duration test can say something about the reservoir quality and the achievable production rate but cannot determine the size of the reservoir.