OilNOWLatest News and Information from the Oil and Gas sector in Guyana
More
News
Updated: April 9, 2021 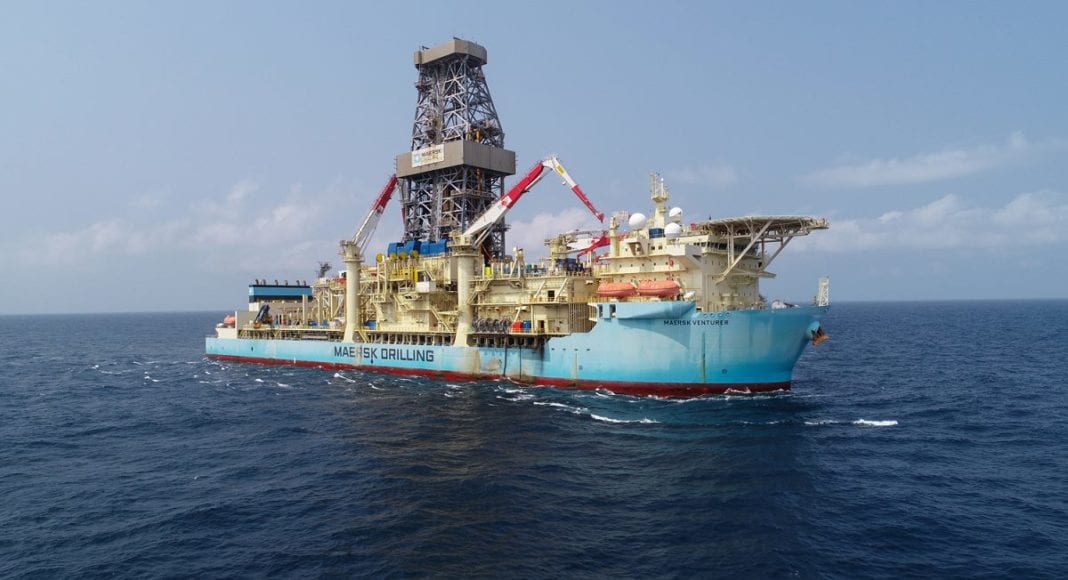 Based on the previously announced Conditional Letter of Award, Maersk Drilling has been awarded a contract from Tullow Ghana Ltd. for the provision of the ultra-deepwater drillship Maersk Venturer and additional services for a development drilling campaign at the TEN and Jubilee fields offshore Ghana. The contract commenced in April 2021, with an estimated duration of around four years. The estimated contract value is approximately USD 370m, excluding additional services provided and potential performance bonuses.

“We’re thrilled to have firmed up this long-term contract for Maersk Venturer, bringing it back to a basin where the rig and its crew previously performed stable and highly efficient operations for Tullow. We’re delighted to have started up operations again in Ghana where we will continue our work with the Ghanaian community, our partner Rigworld and other local suppliers who have contributed to our successful operations in the region,” says CEO Jørn Madsen of Maersk Drilling.

Maersk Venturer is a high-specification 7th generation drillship which was delivered in 2014. It is currently operating at the Jubilee field offshore Ghana.