OilNOWLatest News and Information from the Oil and Gas sector in Guyana
More
News
Updated: September 24, 2018 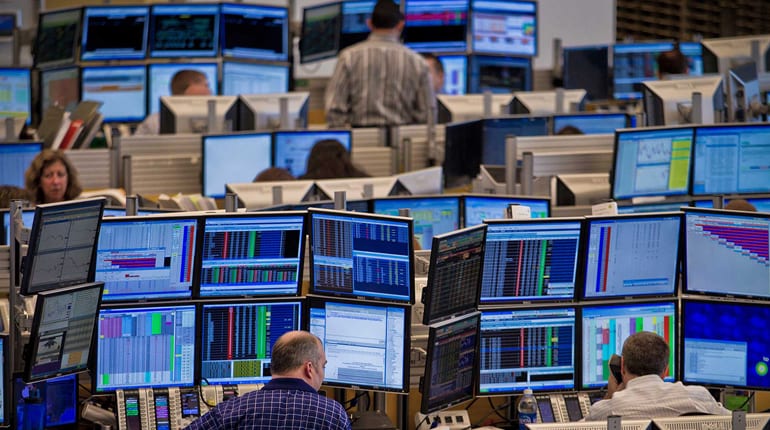 (Bloomberg) Major oil trading houses are predicting the return of $100 crude for the first time since 2014 as OPEC and its allies struggle to compensate for U.S. sanctions on Iran’s exports.

With Brent crude already jumping to an almost four-year high on Monday, that’s exactly the kind of price surge President Donald Trump has been seeking to prevent by pressuring the Organization of Petroleum Exporting Countries to raise production. Yet the cartel and its allies gave mixed signals at a meeting in Algiers on Sunday, ultimately showing little sign they would heed U.S. demands to rapidly push down crude prices.

OPEC’s reticence, combined with signs of accelerating supply losses from Iran, created a bullish mood the the annual gathering of the Asian oil industry, traders, refiners and bankers in Singapore on Monday.

“The market does not have the supply response for a potential disappearance of 2 million barrels a day in the fourth quarter,” Mercuria Energy Group Ltd. co-founder Daniel Jaeggi said in a speech at the S&P Global Platts Asia Pacific Petroleum Conference, knows as APPEC. “In my view, that makes it conceivable to see a price spike north of $100 a barrel.”

When Trump in May announced plans to reimpose sanctions on Iran’s oil exports, the market estimated a cut of about 300,000 to 700,000 barrels a day, said Trafigura Group co-head of oil trading Ben Luckock. However, the consensus has now moved to as much as 1.5 million barrels daily as the U.S. is “incredibly serious” about its measures, he said.

Iran’s production “is going to be significantly less than it was, and probably lower than most people expected when the sanctions were announced,” Luckock said at the APPEC event. He sees $90 oil by Christmas and $100 in early 2019.

For all these urgent supply pressures, the world’s largest oil producers adopted a sit-back-and-wait approach at their meeting in the Algerian capital on Sunday. Saudi Arabia, Russia and the United Arab Emirates insisted they had the spare capacity to satisfy the market’s needs, but wouldn’t tap it preemptively.

“Our plan is to meet demand,” said Saudi Energy Minister Khalid Al-Falih. “The reason Saudi Arabia didn’t increase more is because all of our customers are receiving all of the barrels they want.” The kingdom does expect to pump more in September and increase again in October, he said, without pledging specific volumes.

Francisco Blanch, head of commodities research at Bank of America Corp., said in a note to clients on Monday that signals from OPEC mean “the likelihood of an oil spike and crash scenario akin to the one observed in 2008 has increased.”

A decade ago, Brent crude surged to nearly $150 a barrel, only to crash just months later as high fuel prices and the global financial crisis triggered a slump in demand. This time, the deepening trade war between the U.S. and China threatens economic growth in Asia and turmoil in emerging countries could amplify the impact of higher prices on global demand growth.

Bank of America’s main scenario is for oil prices next year of around $80 a barrel, according to the note. Citigroup Inc. sees crude at that level in the fourth quarter, but sees risks that it will go higher.

“Balances are precarious and the lack of spare capacity could see crude pricing well above $90 or even $100, should all of the potential risk in the market materialize,” analysts including Ed Morse said in the note.