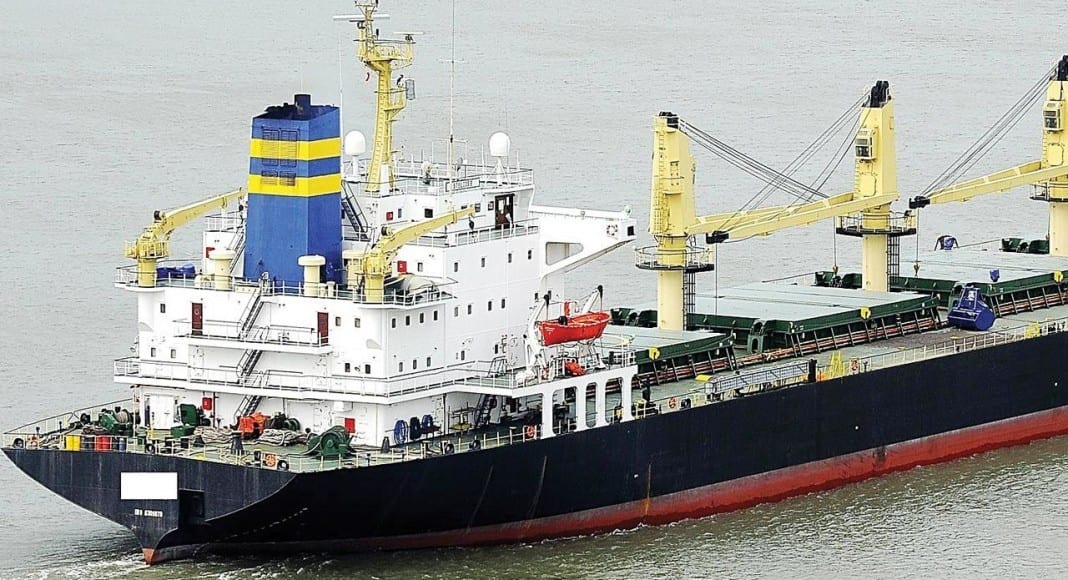 Guyana is being encouraged to harness the decades of experience in the petroleum industry that Canada has to...
Read more

President of the Guyana Manufacturing and Services Association (GMSA) Shyam Nokta believes that now is the time...
Read more
OilNOW
OilNow is an online-based Information and Resource Centre which serves to complement the work of all stakeholders in the oil and gas sector in Guyana.

(Nigerian Tribune) The Federal Government on Friday gave indications that the $3.8bn Egina Floating Production Storage and Offloading (FPSO) project being handled by the Lagos Deep Offshore Logistics Base (LADOL) at the LADOL’s Free Zone in conjunction with Samsung Heavy Industry (SHI), would not be allowed to sail nto Nigerian waters following discrepancies noticed in its towage and pilotage services arrangement.

It would be recalled that the Egina FPSO project being built in Korea, is expected to arrive in Lagos in the first quarter of 2018.

According to a statement signed on Friday by  the General Manager, Corporate and Strategic Communications of the Nigerian Ports Authority (NPA), Abdullahi Goje, “The agency has also with immediate effect, suspended service boats operations in all its pilotage districts until the full settlement of debts accruing from unpaid pilotage dues by International Oil Companies (IOC) and other beneficiaries of the services.

“This is coming just as the organisation gave indication that it might prevent Egina FPSO , which is due to arrive Nigeria in January, 2018 from accessing  the Nigerian waterways.

“The decision to stop the operation of service boats to debtor companies followed the failure and refusal  of the  affected companies to honour their obligations to the Authority in spite of several reminders over a couple of months to this effect.

“Given the fact that the companies, some of whose indebtedness run into tens of millions of Dollars outstanding for over two years ignored the advice given by the NPA, the statement explained that the Authority had no choice than to pursue this course of action, which has been communicated to all companies concerned.

“On the Egina FPSO, whose main component is currently sailing from South Korea to be coupled with its top side being fabricated at LADOL Free Trade Zone, Tarkwa Bay, in Nigerria; the refusal of the parties involved in the project to request for towage and pilotage service from the NPA, (being the only organisation empowered to provide same in the country), is contrary to the laws of the country.

“Notice has already been given to promoters of the FPSO to the effect that the vessel would not be granted access to Nigeria’s waterways. The NPA would pursue legal remedies in its determination to ensure that no organisation impedes on the mandate of the NPA as provided in Part II of the Port Act.”

LADOL is currently playing host to the fabrication of a $3.8 billion oil and gas logistics service facility–FPSO rig, otherwise called the Egina project.

The project, which has been described as first-of-its-kind in the Sub-Sahara Africa, is being built for Total Oil Exploration and Production Company, with LADOL acting as the local content partner.

Guyana’s Minister of Natural Resources, Vickram Bharrat, told Members of Parliament on Tuesday that the Department of...
Read more
News

The unprecedented success rate for discoveries that ExxonMobil has had offshore Guyana since 2015 is being attributed to proprietary seismic data and...
Read more
News

U.S. Secretary of State Michael R. Pompeo’s visit to the new oil producing country of Guyana will see the signing of a Memorandum of...
Read more