OilNOWLatest News and Information from the Oil and Gas sector in Guyana
More
News
Updated: November 26, 2018

Oil halts slide near $51 as concerns persist over supply glut 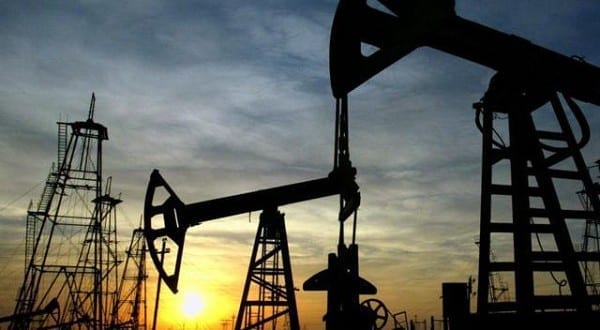 (Bloomberg) Oil traded near $51 a barrel on concerns record output by Saudi Arabia will exacerbate a supply glut as President Donald Trump continues to call for lower prices.

Futures in New York halted a decline, after slumping 7.7 percent to the lowest level in more than a year on Friday. Saudi Arabia is pumping as much as 11.2 million barrels of crude a day, the most since the kingdom extracted its first oil eight decades ago, according to a person familiar with the matter. Trump reiterated his view that falling oil prices are great even after the U.S. benchmark plunged the most last week since January 2016.

The American crude marker teeters near the $50 threshold as the Saudi output surge combines with larger-than-expected volumes of Iranian oil flowing into international markets after Trump granted waivers to some nations. In the U.S., growing inventories have added to the pressure on prices. Traders are assessing whether the Organization of Petroleum Exporting Countries and its allies will decide to trim output when they meet early next month in Vienna.

“While all eyes are on what OPEC will decide at the upcoming meeting, investors see a loosening supply and demand balance,” Tomomichi Akuta, a senior economist at Mitsubishi UFJ Research and Consulting Co., said by phone from Tokyo. “Saudis may have to give consideration to Trump’s wish for lower crude prices.”

West Texas Intermediate for January rose 84 cents to $51.26 a barrel on the New York Mercantile Exchange at 8:15 a.m. in London. The contract plummeted 10.7 percent last week to $50.42. There was no settlement on Thursday due to the U.S. Thanksgiving holiday. Total volume traded was 72 percent above the 100-day average.

Brent for January settlement climbed $1.34 to $60.14 a barrel on London’s ICE Futures Europe exchange. The contract slumped on Friday to below the $60 threshold for the first time since October 2017. The global benchmark traded at a $8.87 premium to WTI.

Trump, who’s made his opposition to OPEC a regular theme, has continued to comment on Twitter about the benefits of cheaper crude. He thanked Saudi Arabia last week for lower oil prices. He has also been critical of the Fed, describing the central bank as a “problem” as he called for lower interest rates.

Saudi Arabia may be doing its share of lowering prices amid mounting pressure from Trump. Yet Energy Minister Khalid Al-Falih said last week that demand for Saudi crude may be lower in January than in December and his country will not export oil that customers don’t need.

OPEC and its partners are set to meet on Dec. 6 in Vienna, but the direction of next year’s oil prices may well be decided later this week when the key decision makers are set to gather on the sidelines of the G20 summit in Buenos Aires. The Saudi crown prince and Russian president are both said to be in the Argentinian capital, along with their energy ministers.