OilNOWLatest News and Information from the Oil and Gas sector in Guyana
More
News
Updated: July 3, 2020 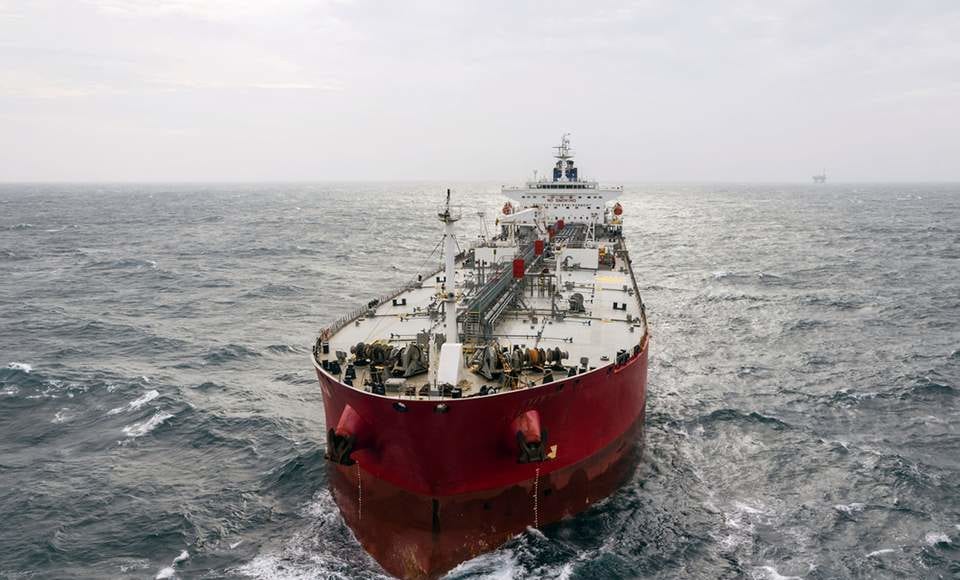 As the number of confirmed new COVID-19 cases surges to new global highs of beyond 200,000 per day, a second wave of the pandemic is increasingly apparent in several countries – most notably in the United States. Modelling the effect of a wider ‘second wave’ scenario, Rystad Energy finds that global oil demand in 2020 could be knocked down to 86.5 million bpd, compared to our current base-case estimate of 89 million bpd.

Rystad Energy said in the second wave scenario, it does not expect the oil demand impact to be as strong as was seen in the first outbreak, as restrictive measures will be limited to particular regions and sectors. “We would expect these “smart lockdowns” to lower the negative demand impact, so as not to repeat the absolute low of 73.7 million bpd in April.”

The maximum negative demand impact in April 2020 was -26 million bpd, and the peak month in the second wave could come close to this at -18 million bpd, compared to the levels projected prior to the pandemic. The Norway-based independent energy research company said it will be revisiting and updating these assumptions as data becomes available.

The rise of COVID-19 cases in the US is of particular concern for the oil market given the country’s high oil consumption under normal circumstances, as this second wave could paralyze road fuel demand. In China, the authorities’ response to the recent case resurgence in Beijing shows that re-imposing radical lockdown measures is still a viable option.

“COVID-19 will also re-emerge in other regions in our ‘second wave’ scenario when the flu season starts in the northern hemisphere in September and October. In general, however, new waves of lockdowns in regions such as Europe, South America and Russia are expected to be more targeted and less strict as health systems will be better prepared than they were in April,” says Rystad Energy’s senior oil market analyst Artyom Tchen. 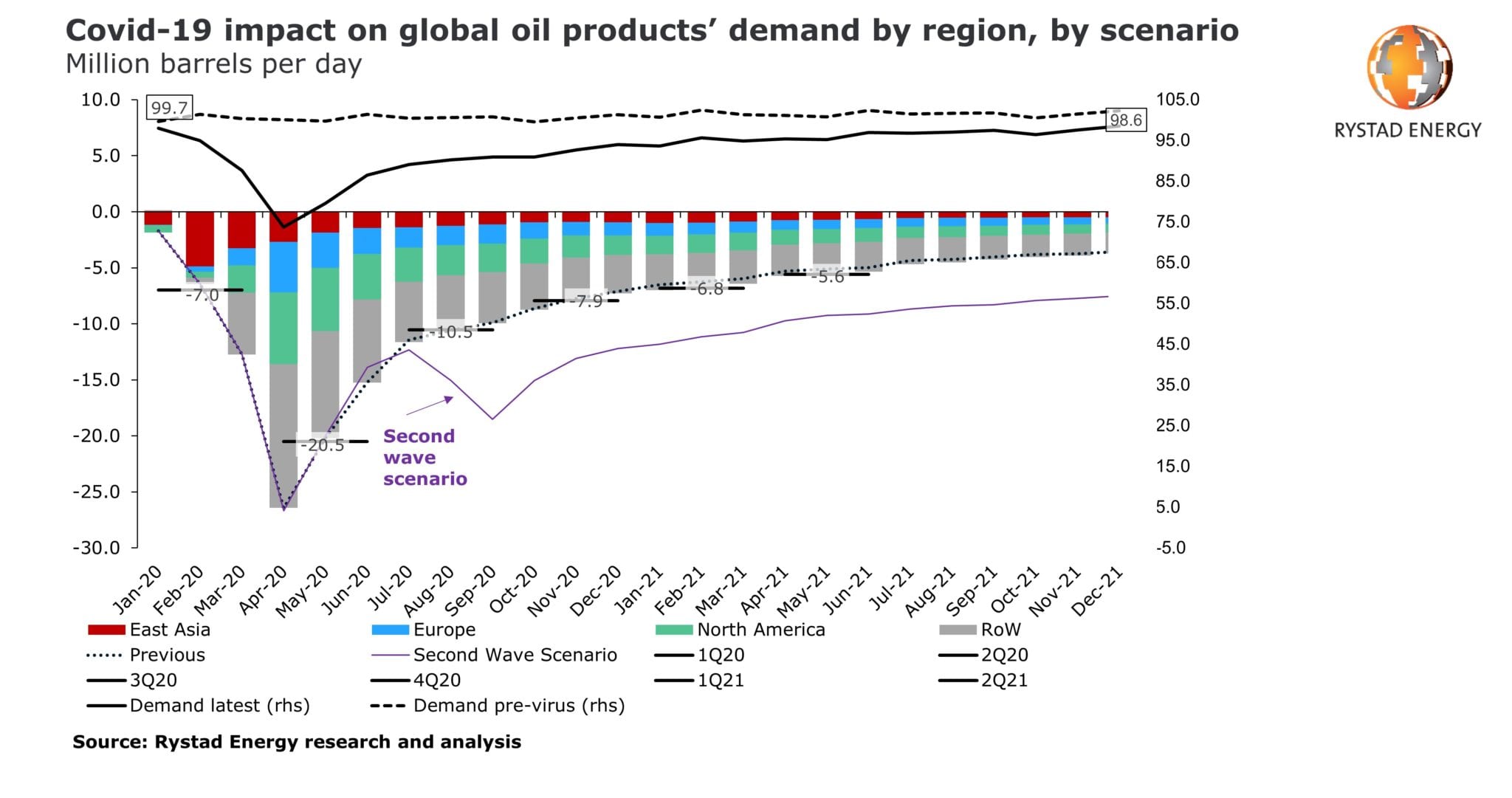 The demand for total oil products would not be shared equally, Rystad Energy said. Similar to the current status quo, jet fuel and gasoline would be dealt the most painful blows. But with more testing and smarter lockdowns, a lot of this destruction can be avoided – international borders and travel can gradually reopen, with travel restrictions on certain countries and regions being imposed as new COVID-19 hotspots appear.

More work from home (perhaps as much as 15% of the workforce in developed countries) and less leisure travel will still pinch gasoline demand. “But as the economic risks mount, we believe there will be creative solutions for the healthy and not-at-risk parts of the population to return to work and keep the economy going,” Rystad Energy stated.

The consultancy group said the second wave scenario assumes a prolonged recovery in the aviation sector due to the downside risk of such a wave occurring in the second half of 2020 and a second negative demand impact spike in all regions in the period from August to October 2020. “It is in essence an expansion of a downside scenario that we previously modelled called a “mitigation scenario”.

Rystad Energy said in the base-case that it uses for its projections, which it calls the “effective retainment scenario”, the spread of COVID-19 is plotted under the assumption that drastic social distancing measures are initially taken, which often means strict quarantines. This scenario suppresses the virus so that the number of cases drops to a low level. Governments can then reopen society in a controlled manner. Any new outbreak will be again nipped in the bud with strict measures.

The difference between the two scenarios by the end of the year shows a 5 million bpd gap in December’s oil demand in the case of a second COVID-19 wave.

Rystad Energy said if the second wave materializes, global oil demand will recover much more slowly in 2021, landing between 4 million and 5 million bpd lower per month than it would under its current base case, thus dragging the pandemic’s market effect further in time.

Rystad Energy said demand is still very much in the driver’s seat in setting the oil price agenda – an unexpected dip of any magnitude will send the oil price into a tailspin, whether swift and sharp, or long and painful. At this point, OPEC+ is the single supply tool to materially tighten the market, but it faces massive storage build-ups as an adversary. And if there is a second wave, that storage headache is going to greatly worsen as implied builds again rise.

A significant oil price boost cannot occur until the massive crude stock builds of recent months are neutralized. Rystad Energy said this means that oil prices will continue to carry considerable downside risk as long as the supply and demand dynamics are moving in opposing trajectories – with supply up and demand down. A second wave of the virus would prolong the timeline these products sit in storage, and signal to refineries to pull back.

Rystad Energy said if anything, the whole new range of risk factors that still lie ahead in 2020 and 2021 would actually point to more volatility and downside risk before any “flip” back into a true backwardation happens.