OilNOWLatest News and Information from the Oil and Gas sector in Guyana
More
NewsProduction
Updated: September 17, 2020 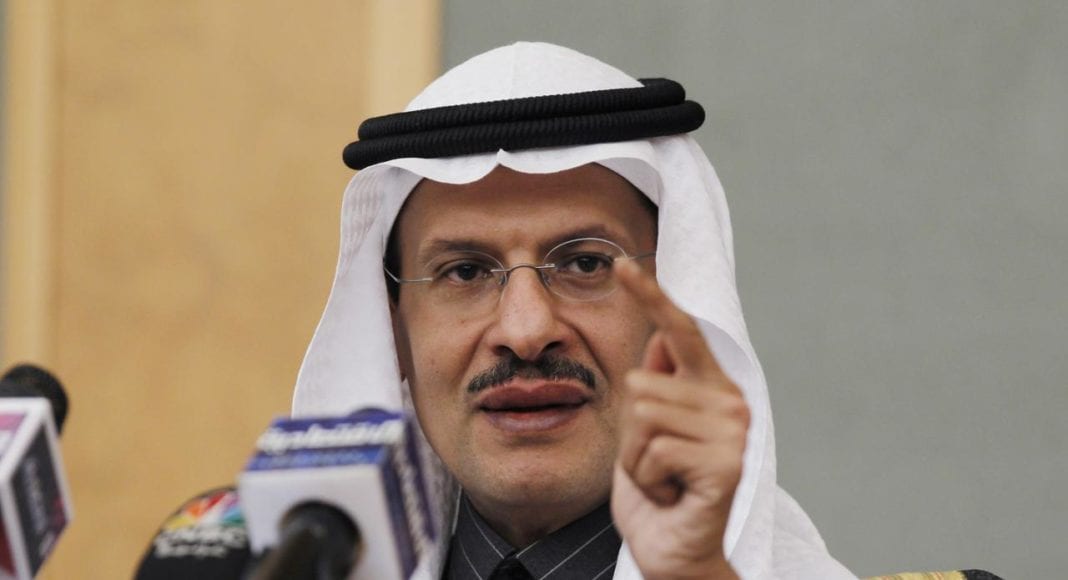 (Bloomberg) –Saudi Arabia showed its determination to stop OPEC+ members cheating on their production quotas, delivering a thinly veiled dressing-down to its closest ally in the region, the United Arab Emirates.

Prince Abdulaziz bin Salman, the Saudi energy minister, forcefully condemned cartel members that try to get away with pumping too much crude. While he didn’t name any countries, the visual symbolism was clear.

Listening in silence alongside the prince while he spoke was his UAE counterpart, Suhail al Mazrouei, who in a rare development joined an OPEC+ teleconference on Thursday from Riyadh, rather than his home capital Abu Dhabi.

In recent months, the UAE has become one of the worst quota-breakers among the Organization of Petroleum Exporting Countries and its allies. The UAE made just 10% of its pledged cuts in August, according to the International Energy Agency.

“Using tactics to over-produce and hide non-compliance have been tried many times in the past, and always end in failure,” Prince Abdulaziz said at the opening session of the OPEC+ committee that monitors the output cuts. “They achieve nothing and bring harm to our reputation and credibility.”

While Mazrouei has admitted to a small excess in production, tanker-tracking data revealed the country was exporting far in excess of its output limit.

“Attempts to outsmart the market will not succeed and are counterproductive when we have the eyes, and the technology, of the world upon us,” said Prince Abdulaziz.

The UAE’s over-production was about 520,000 barrels a day in August, according to the IEA. That came at a difficult time for the oil market, amid signs that the second wave of the coronavirus is hurting demand once again.

After months of stability, Brent crude dipped below $40 a barrel last week for the first time since June.

“We see how difficult the recovery to the pre-crisis levels is, the outlooks for recovery of the global GDP and oil demand are being revised,” Russian Energy Minister Alexander Novak said in his opening speech. “These are the trends we need to discuss today and take into account in our future actions.”

All OPEC+ members who have exceeded their output targets have pledged to make amends with additional cuts in subsequent months. Prior to Thursday’s meeting, most of the compensation cuts were due to come from Nigeria and Iraq and be completed by the end of this month.

Those countries, which now include the UAE, will be given until the end of November to complete the process of compensation, said a delegate, who asked not the be named because the information wasn’t public.

”We must strive to put the compensation scheme behind us and implement it before year end,” said Prince Abdulaziz.