OilNOWLatest News and Information from the Oil and Gas sector in Guyana
More
News
Updated: January 16, 2018 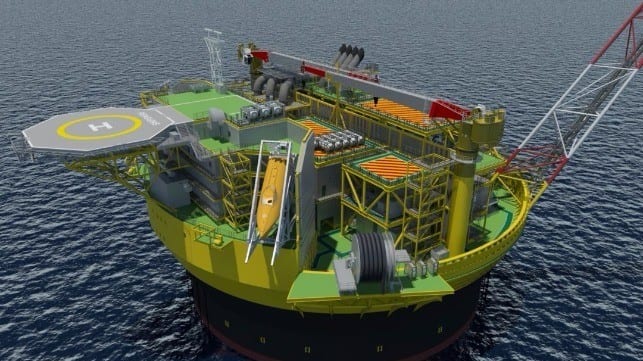 (Offshore Engineer) Shell will go ahead with its Penguins fields redevelopment in the UK North Sea in what will be its first new manned installation in the northern North Sea in almost 30 years.

The project will see a newbuild floating production, storage and offloading (FPSO) vessel used to redevelop the Penguins field.

“The redevelopment is an attractive opportunity with a competitive go-forward breakeven price below US$40/bbl,” Shell says. The FPSO is expected to have a peak production (100%) of circa 45,000 boe/d.

“Shell and Exxon taking final investment decision (FID) on the Penguins redevelopment in early 2018 is very positive for the North Sea, marking the end of an cautious era during the downturn,” says Fiona Legate, senior research analyst, Wood Mackenzie. “The Penguins redevelopment is expected to produce around 80 MMboe. This is the largest FID since Culzean in August 2015 and shows market confidence has returned. We are expecting up 14 UK FIDs in 2018, Penguins is the second largest by reserves.”

The Penguins cluster of fields currently comprises four drill centers tied back to the Brent Charlie platform. The redevelopment of the field, required when Brent Charlie ceases production, as part of the Brent field decommissioning, will see an additional eight wells drilled, which will be tied back to the new FPSO vessel. Natural gas will be exported through the tie-in of existing subsea facilities and additional pipeline infrastructure.

Steve Phimister, Vice President for Upstream in the UK and Ireland said: “Having reshaped our portfolio over the last 12 months [including a $3.8 billion sale of assets to Chrysaor], we now plan to grow our North Sea production through our core production assets. In doing so, we will continue to work with the UK government, our partners and the regulator to maximise the economic recovery in one of Shell’s heartlands.”