OilNOWLatest News and Information from the Oil and Gas sector in Guyana
More
News
Updated: June 14, 2018 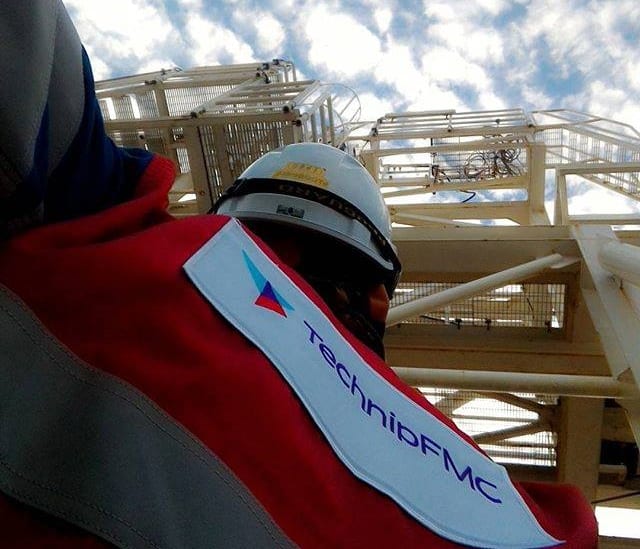 TechnipFMC and DOF Subsea (DOF) announced on Thursday that the Skandi Recife, a Brazilian-flagged flexible lay and construction vessel owned by the joint venture formed between TechnipFMC (50%) and DOF (50%), commenced its 8-year charter contract with Petróleo Brasileiro S.A. (Petrobras). The vessel will work in the Campos, Santos and Espírito Santo basins.

Skandi Recife has state of the art pipelay and marine technology. She has a 340 tons Vertical Lay System (VLS) tower, 2,500 tons underdeck carousel and two work-class ROVs*, allowing her to lay flexible pipes in water depths up to 2,500 meters. She was built by Vard Promar Brazilian yard, where her sister ship, Skandi Olinda, is currently under construction, with a high rate of Brazilian national content.

Under the TechnipFMC/DOF joint venture agreement, TechnipFMC will manage flexible pipelay, and DOF will be responsible for marine operations.

Hallvard Hasselknippe, President of Subsea activities at TechnipFMC, said, “We are very proud of this significant addition to our fleet in Brazil and to our partnership with DOF. The delivery of Skandi Recife and the commencement of a new contract with Petrobras reinforce our commitment to the development of the Brazilian market and our extensive ultra-deepwater pipelaying experience.”

DOF Subsea CEO, Mons S. Aase, stated, “Taking delivery of Skandi Recife and commencing the contract with Petrobras is an important milestone in our partnership with TechnipFMC. We are proud of this significant addition to our Brazilian fleet and look forward to seeing the vessel in operation in the years to come.”

TechnipFMC has been awarded a contract by ExxonMobil Guyana for the engineering, manufacture and delivery of the subsea equipment for the Liza Phase 1 development project.