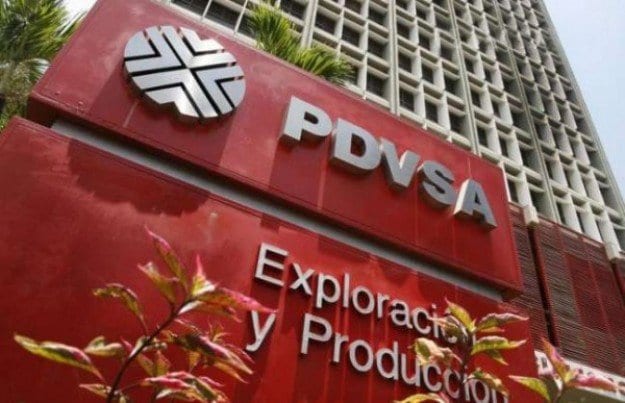 (Reuters) OPEC member Venezuela has raised the prospect of declaring force majeure on contracts with major crude buyers amid plummeting output from its oil fields and tanker bottlenecks at ports, according to three sources familiar with the matter.

Falling production from Venezuela has contributed to a rally in global oil prices to a near four-year high, and other OPEC members may boost output at a meeting later this month to compensate for the shortfall and other risks to global supplies.

Oil is the financial lifeline for the embattled socialist government of President Nicolas Maduro, but his cash-strapped administration has failed to invest enough in the industry to prevent its decline.

Venezuela’s state-owned oil firm PDVSA has told some customers that they must send vessels equipped to accept ship-to-ship oil transfers rather than load at its ports. If they do not accept the terms, PDVSA is considering force majeure, in essence declaring its contracts incapable of being fulfilled, the sources familiar with the matter said.

It has separately begun notifying all its customers that it will no longer receive new tankers for loading at Jose or Paraguana, its main export terminals, until ships already in line are served.

TANKER CONGESTION
Most customers have so far refused the ship-to-ship transfer request due to the lack of a third party supervising the operations, according to shippers and traders. Additional costs for completing the transfer also contributed to the refusals.

PDVSA has been using sanctions imposed on the company by U.S. President Donald Trump as a rationale for the change, according to one of the sources.

There were more than 70 tankers off the coast of Venezuela on Tuesday, according to Thomson Reuters vessel tracking data.

“We are going to try the ship-to-ship idea first,” the source familiar with the matter said.

“Many customers are going to prefer this than continuing to accumulate demurrage,” the source added, referring to fees charged for long waiting times.

One of PDVSA’s Indian customers confirmed it had received a request to load its cargoes via ship-to-ship transfers. The buyer so far has refused to accept the new terms, said an employee who was not authorized to speak publicly and requested anonymity.

Traders and shippers were skeptical that the transfers would succeed in easing the bottlenecks. PDVSA will still have to load vessels at its Jose port for transporting the crude to its proposed offshore loading facility, and production declines are not expected to reverse.

Very large vessels that typically do not approach Venezuela’s western coast are now visible from Paraguana Refining Center (CRP), according to a worker from the facility.

PDVSA did not reply to a request for comment.

MISSING LOWERED TARGETS
PDVSA knew it would fall short of contracted deliveries this year because of declining output and set a goal to limit the gap, according to internal company documents reviewed by Reuters. But the firm missed even that lowered target.

“There’s an average deficit of 422,000 barrels per day (bpd) between real and planned production so far this year,” according to one of the documents.

In April, the company shipped 1.49 million bpd of crude and fuels to its customers – 665,000 bpd below the 2.15 million bpd contracted, the documents show. The firm shorted deliveries to 12 of 14 major customers with long-term crude supply contracts, the records show.

The shortfall, which has not been previously reported, shed new light on the depth of the company’s problems extracting and refining crude – despite repeated promises by Maduro and PDVSA President Manuel Quevedo to grow 2018 production by 1 million bpd.

The state-owned firm in April had so little oil it failed to deliver almost all of the crude it promised to its U.S. refining unit, Citgo Petroleum, under a 273,000-bpd contract, the documents show.

Venezuela’s exports of crude declined 28 percent in the first four months of 2018 to 1.19 million bpd compared with 1.65 million bpd in the same period last year, according to Reuters trade flows data.

In January-April, crude output fell to 1.62 million bpd, the lowest annual average in over three decades

Aggravating its export problems, Conoco last month started seizing PDVSA’s terminals, oil inventories and cargoes in the Caribbean to enforce a $2 billion arbitration award in a dispute over the socialist government’s nationalization of the U.S. oil producer’s Venezuela assets.

Venezuela will head to ICJ for border controversy case with Guyana