OilNOWLatest News and Information from the Oil and Gas sector in Guyana
More
Opinions
Updated: March 1, 2021

Letter-to-the-Editor: No matter the price of oil, Guyana will receive a lot of revenue 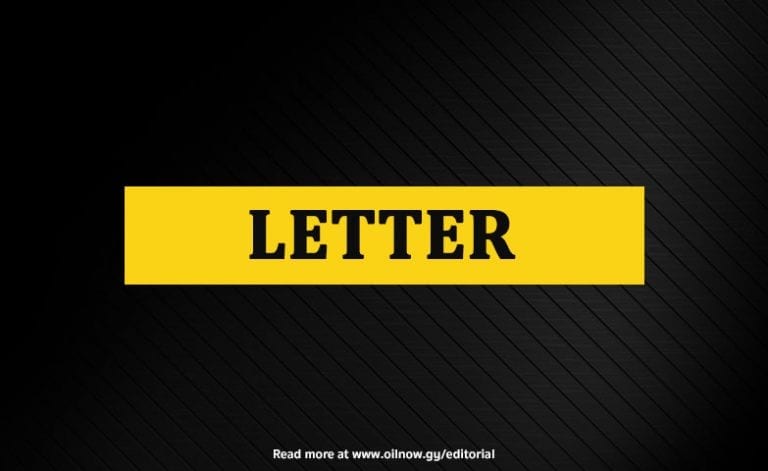 There is a Letter to the Editor published in Sunday’s Stabroek News under the headline, “Guyana is losing US$35B by failing to negotiate a fair royalty”. While I can sympathize with the sentiment behind the letter, I believe that it contains major errors. We need to get the basics right.

I believe that the withholding of Guyana’s oil contract with EEPGL created room for many misunderstandings and allowed for many false notions which have taken root, despite the subsequent publication of the contract.

The writer said that Guyana gets 2% royalty on the sales of its oil but completely ignored the fact that Guyana also gets a half of the profit. Using the numbers proffered in his calculations:

But it shouldn’t stop there.

We know, from Hess Corporation’s public revelations on their website, that production cost per barrel at Liza 1 is $35.00 per barrel.

$16.30 represents 25.1 percent of the sales price! Note, at THIS price because it changes, higher or lower, depending on the price. In this regard, I have often said that there is a hidden “genius clause” even amidst the many weaknesses of the contract.

The current estimate of recoverable reserves of nine billion barrels of oil equivalent includes a significant amount of gas, somewhere around 20% in my estimation, based on the specs of the three FPSO’s, in use or under construction. So, the amount of recoverable OIL currently is more likely to be around 7.2 billion barrels of oil based on what has been announced so far. But there are many more drilling prospects that can raise the estimate of “Barrels of Oil Equivalent” substantially. The “E” in BOE is significant.

Also, some of the production is used gratis, to power operations. Of course, if and when the rest of the gas is monetized, instead of re-injected, or sadly, flared, then that will contribute further to the profitability of the whole enterprise.

The sample production sheet reproduced last week in one of Guyana’s newspapers showed just a small volume of gas relative to oil. New oil wells often produce a higher percentage of liquids initially, then the percentage drops as the oil is depleted, and the percentage of gas goes up.

The writer also said that most countries get 12% royalty. It varies a lot. The US government gets around 16% royalty on offshore deep water oil production. Notably, unlike Guyana, they also get a handsome “signing bonus” upfront. The Bureau of Ocean Energy Management website has lots of information on recent auctions, “signing bonus” paid, size of auction blocks, royalty rates, etc.

The Library of Congress website has a nice table of royalty rates in many countries as they were in 2015.

Guyana will receive a lot of oil revenues in the next twenty to twenty five years, no matter what the price of oil is, because of the cap on expenses that EEPGL can claim in a low price environment, like the last three quarters of last year. And in a higher price environment, as is happening right now, Guyana’s coffers will runneth over!