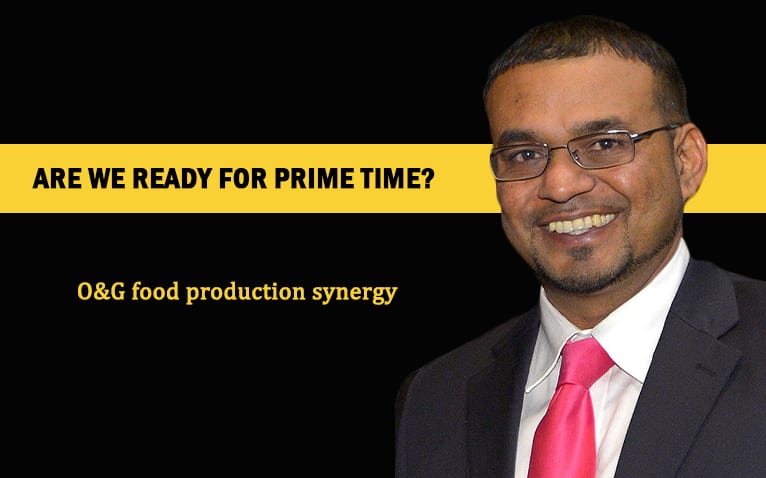 “To be interested in food but not in food production is clearly absurd,” sums up the eternal obligation of any responsible population and their leaders who must give priority to food availability and food affordability. For decades, Guyana has been touted as the food basket of the Caribbean. Sadly, it is one of the several potentials we were unable to realise due to climatic events, no affordable and reliable energy, high-cost of production and non-tariff barriers within some in the CARICOM market, among others.

Now, as the advent of an Oil and Gas (O&G) sector nears, there is some level of trepidation, and even nervousness, by sections of the population regarding the future of the agriculture sector. Some of this anxiety is being fueled by the current political temperature and uncertainty in the sugar industry.

Does O&G focus equivalent to a direct threat to agriculture?

The answer is a resounding, no!  I would posit, with the appropriate strategy and a conducive policy environment, O&G could be the much-required transformational boost for this traditional sector. The lessons of others can be instructive – the Netherlands (Dutch disease http://documents.worldbank.org/curated/en/743741468336611117/pdf/WPS6981.pdf) and more recently, Russia has shown you can be both an energy and a food production giant, at the same time (https://www.rt.com/business/409704-russia-wheat-oust-us-egypt/).

Just around us, we see the visible, depressing results of neglect of food production and its severe impact on the population and the stability of societies. From Venezuelans facing acute food shortages (https://www.wsj.com/articles/venezuela-is-starving-1493995317) to Trinidad and Tobago experiencing scarcity of foreign exchange, given its astronomical food import bill of close to US$2 billion annually between 2011 and 2016. Both of these countries have adequate arable land and with their energy output capacity and petro-chemical industry had no logical reasons for their current predicaments.

Take Venezuela for example, it possesses two of the hemisphere’s largest fertilizer plants (today only one is producing and below capacity). Having blatantly mismanaged and neglected the farming and food production sectors, its leaders have caused a significant section of the population to be on the borderlines of starvation and possible malnutrition.

O&G can take Guyana from just another agriculture player to the food production giant of our region. We can leap from a traditional primary commodity producer to a modern food producer and exporter, reaching way beyond the CARICOM regional market.

When the 2007-2008 global food crisis hit, there was a renewed Regional focus on agriculture and food production. One of the solutions suggested was for Guyana to be the raw producer of food and Trinidad and Tobago, with its ‘affordable’ energy, to be the processor. The reality has changed in Guyana’s favour.

In the near future, we can be both the producer of primary agriculture crops and processor through a competitive agro-industrial player thus realizing the dreams of our farmers, leaders and visionaries, past and contemporary. Many will bemoan the fact that we could have been at this desired position much earlier had we been able to develop reliable, affordable alternative energy sources to replace our expensive, uncompetitive and unreliable fossil source. The missed opportunity of the Amaila Falls Hydro Project was the latest.

Fact 1: The agriculture sector is responsible for one of the largest share of private employment in the country indirectly impacting close to 200,000 households in all ten regions. This sector cannot just disappear without creating economic and social upheavals. It’s a matter of survival for families as it is part of the foundation of the country’s economic and social society.

Fact 2: The O&G sector will in the short-term, as currently designed, directly create no more than 400 new jobs. Hopefully, if more services and local content space are created we can see indirect jobs reaching close to another 1000 only in certain regions. But anyone anticipating an instant tsunami of new jobs by this sector directly needs to wake up and sip some fever grass tea.

Fact 3: With concerns about unemployment and under-employment, an agro-industrial sub-sector can create hundreds of new jobs, and not necessarily only those in the traditional way we have viewed agriculture. Modern farming is less backbreaking and not ‘work under the sun like a mule.’  The agro-industrial/food production component will generate many more opportunities for appropriate tertiary skills at a time when the question is asked: where will the thousands who graduate from University and technical institutes gain employment?

Fact 4: There can be a supply of natural gas, as part of Liza phase 2 development, to create alternative energy sources in addition to hydroelectric, solar and wind which if harnessed can be the turning point for a food production sector. Studies currently being undertaken will determine the true extent and capacity of natural gas to be farmed and piped over some 120 miles to the coast to be converted for power generation.

Fact 5: There can be more dedicated resources/dollars from O&G revenue to build a resilient food production sector by addressing infrastructure weaknesses vulnerable to climate and support the type of required extension, research and modern farming services to transform agriculture.

Today, an important, convenient opportunity presents itself to give policy priority to the symbiotic relationship between O&G and food production. The Government has announced that it is about to embark on a wide-ranging exercise to formulate the Green State Development Strategy (GDDS). The timing of this exercise is propitious to create the essential policy nexus between O&G and food production.

Next week, I will attempt to proffer some options to be pursued to create this necessary and inevitable relationship between the O&G sector and a food production sector which guarantee its place in the national economy.