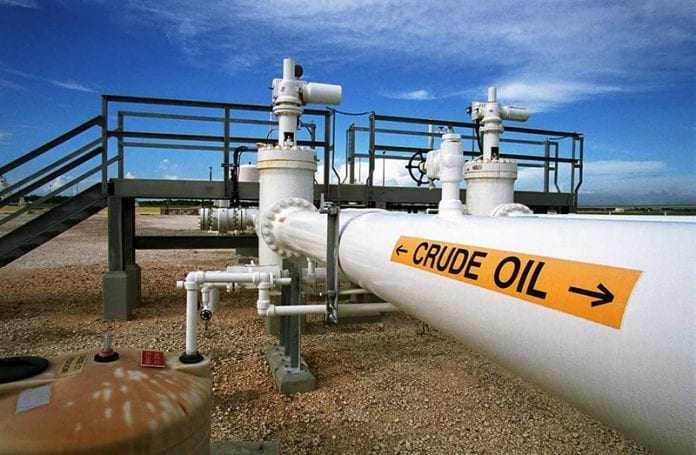 As the lower-for-longer market lingers, non-OPEC oil field decline rates remain stable. With the price collapse ultimately cutting 50% of investment in producing fields and ushering in a dwindling pipeline of new projects, the expectation was for decline rates to accelerate — but they haven’t.

Analyst Wood Mackenzie examines the contributing factors as the question of how long the industry can sustain these conditions, continue to linger.

An unexpected stabilisation
After peaking at nearly 7% during the last decade (2.4 million barrels per day (b/d) a year), decline rates for conventional fields reached record lows in 2014 — just 1.2 million b/d per year, or 3.6%. The price collapse accelerated these rates back up to 1.9 million b/d (5.1%), due to the extent of immediate spending cuts. But we believe this level is sustainable until 2020. 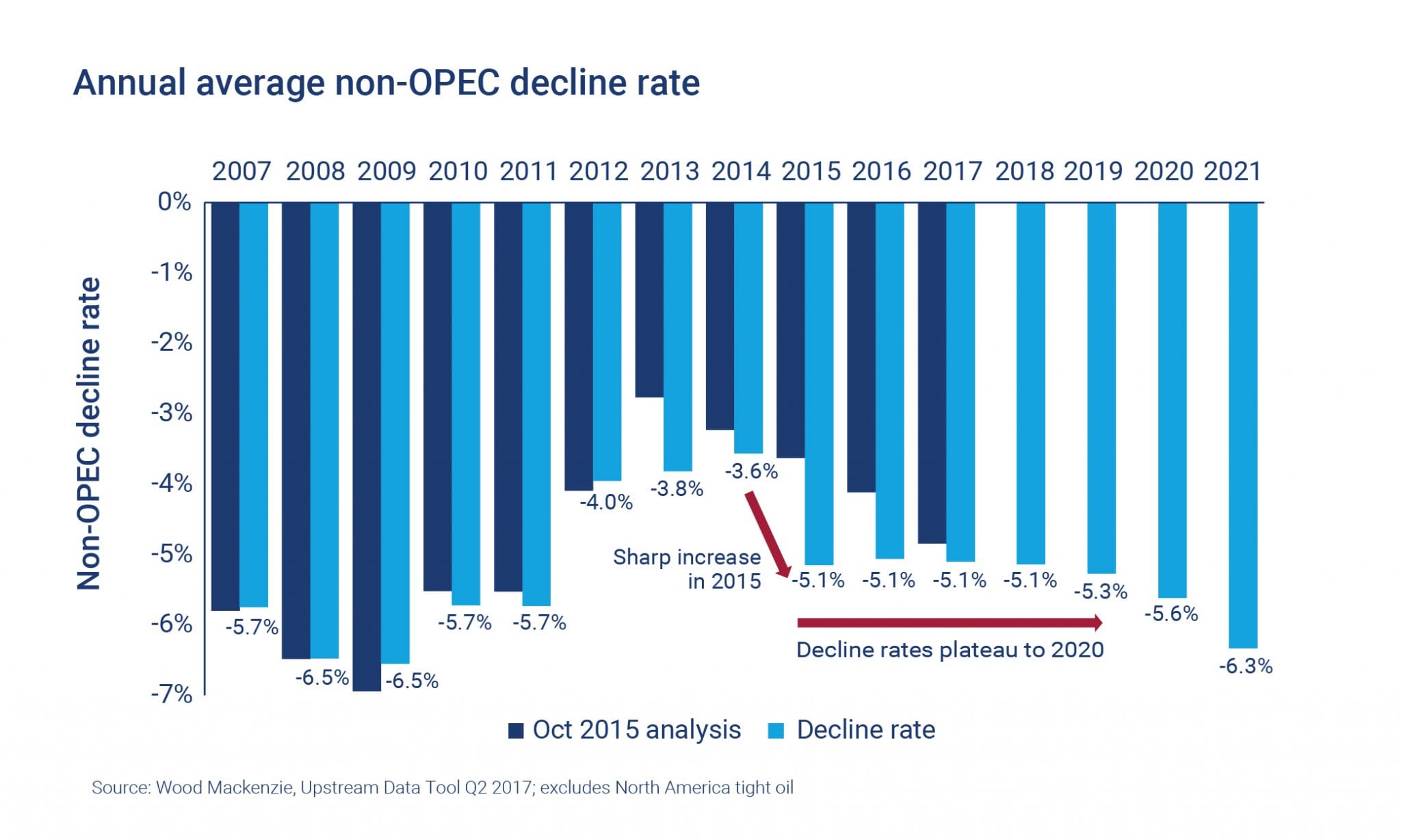 The short term: efficiency gains and focused capex
Improved operating efficiency and focused capital spend are the immediate factors maintaining decline rates at current levels. Production rates have been maximised by operators focusing only on the best-performing wells while fine-tuning processes and maintenance programmes so that uptime is increased and non-essential work is delayed.

The long term: asset maturity mitigates higher declines
While some shorter-term measures may relax, longer-term factors such as increased production from ‘zero decline’ assets and early-life assets will help keep decline rates steady. Canada’s oil sands and Brazil’s deepwater pre-salt play are adding a growing proportion of production, significant enough to offset global decline rates. The oil sands alone could reduce decline rates by as much as 0.6% in 2020.

Our data shows early-life assets growing their proportion of production from 6% in 2010 to 30% by 2020. The lower decline rates of these assets acts to counter the higher declines of more mature assets.

Technology will also play a role in maintaining stable decline rates, as evidenced by developments in horizontal drilling, hydraulic fracturing, EOR techniques and CO2 flooding in the US, Canada, and Russia.

Beyond 2020: without higher investment, decline rates increase
Even moderate swings in average annual decline rates are capable of influencing the market; the rate of decline for non-OPEC fields is crucial to the global supply picture. A 1% shift in global decline rates would have a significant effect on supply, potentially adding or removing 2 million b/d by 2021.

Our current modelling shows stable decline rates until 2020, then a widening to 6% in 2021. Although the present picture is one of resilience and smart spending, further gains remain unlikely. With investment so low, the industry is potentially storing up problems for supply that won’t become apparent until after the end of the decade.