OilNOWLatest News and Information from the Oil and Gas sector in Guyana
More
NewsRegional
Updated: April 6, 2018 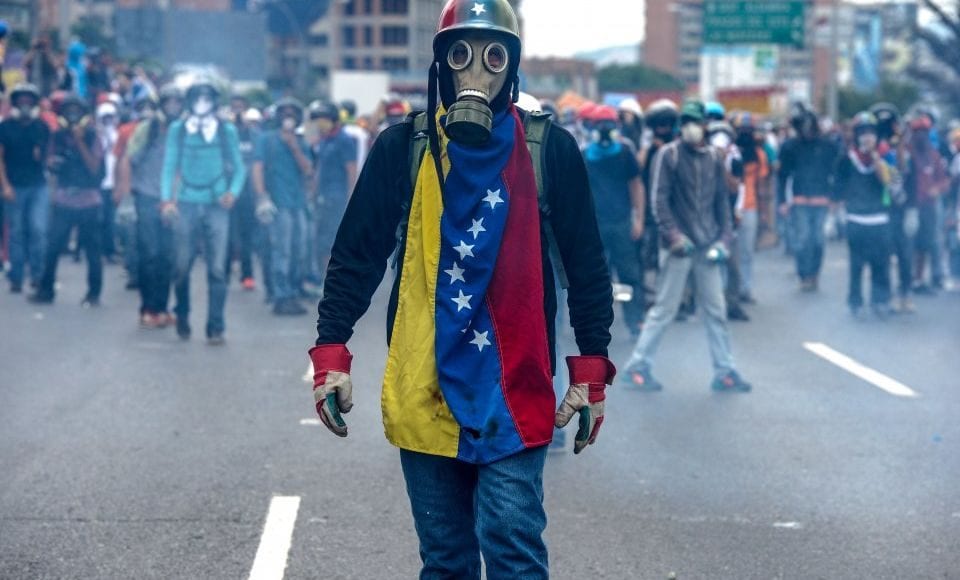 The largest political risks facing the oil and gas sector this year remain centered around Iran and Venezuela.

That is the view of oil and gas analysts at BMI Research, who highlighted that uncertainty surrounding the future of sanctions on Iran, and Venezuela’s ability to repay its maturing debt, is coming to the fore in the second quarter, reports Rigzone.

“After extending secondary sanctions waivers on Iran in January, President Trump vowed it would be for the last time unless its European allies commit to ‘fix’ certain parts of the Joint Comprehensive Plan of Action (JCPOA),” the analysts said in a brief research note sent to Rigzone.

“May 12 is the next date at which the US president will need to decide whether to waive sanctions again – aided by an increased degree of European commitment – or exit the deal,” the analysts added.

BMI’s core view is that the deal will hold and that Trump will extend secondary sanctions waivers on May 12. The company notes, however, that negotiations remain in the balance.

“Though European allies are making efforts to find solutions to prevent the deal from failing, their success is far from certain,” the analysts said.

Should Trump fail to extend the waivers, BMI said the impact on prices could be substantial.

“In our view, this poses the largest physical threat to supply, globally, with potential curbs on exports backing in production,” the analysts said.

“Guidance from the JCPOA states that were sanctions to be re-imposed, there will be a 180-day nonenforcement period, to allow companies (most likely European, South Korean and Japanese) to wind down their commercial ties to Iran,” they added.

“As such, no physical impact would materialize until 2019, although a significant spike up in prices should be expected in the immediate aftermath of the decision,” BMI analysts continued.

Looking at Venezuela, the analysts highlighted that the country has been unable to make full interest payments on sovereign and PdVSA bonds since it struggled to complete a $1.1 billion principal debt repayment in November 2017.

“The combined debt of the country and national oil company (NOC) that is in arrears now exceeds $1.7 billion,” BMI analysts said.

“The next principal debt payment is not due until August 2018 ($753 million), though there are a further $1.7 billion in interest payments (in addition to the $1.7 billion in arrears) to be paid over Q2. With the possibility of more bonds entering a selective default in the coming months, there is also a greater possibility that creditors will move to accelerate the debt,” the analysts added.

An additional risk in Venezuela was said to lie in the May 20 presidential election.

“While the outcome of the election is likely to result in the re-election of President Maduro, the potential reaction from dissenting citizens and the US government is of greater significance,” the analysts stated.

“Street protests by Venezuela’s opposition, additional US sanctions and potential restrictions on oil trade could disrupt its already fragile oil sector,” they added.

“Any further disruption to production and exports stemming from lack of money, popular revolt or international restrictions, could crimp supply and increase upward pressure on global oil prices,” the analysts concluded. (Rigzone)