OilNOWLatest News and Information from the Oil and Gas sector in Guyana
More
NewsRegional
Updated: January 30, 2018 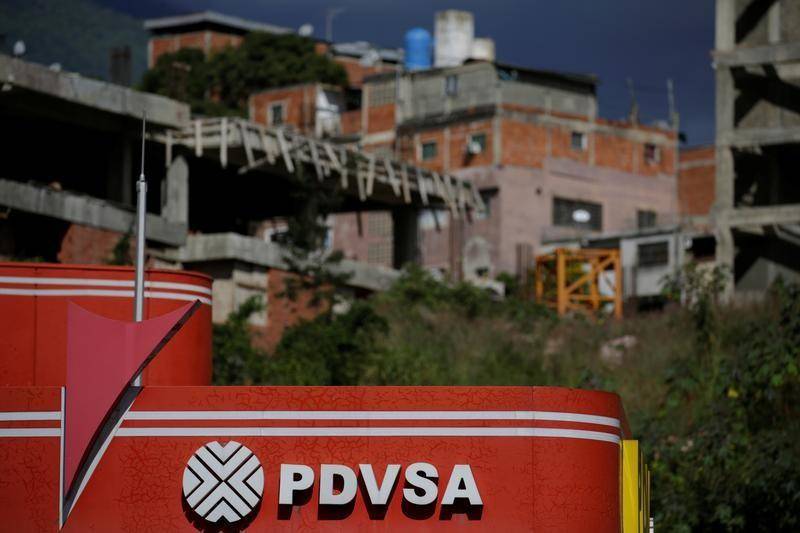 (Forbes) The Venezuelan oil sector is on a death spiral despite having one of the largest resource endowments in the world. According to its report to OPEC, Venezuela’s production was 1.62 million barrels per day (b/d) in December 2017, a decline of 649 thousand b/d (or 29%) in just one year, and more than 1.1 million b/d in five years. The country had not seen such low levels of production since the 1980s.

The current troubles of the oil industry are rooted in the oil policies implemented by President Hugo Chavez (1999-2013). He fired about half of the workforce of the national oil company, PDVSA, during an oil strike in 2003, including the vast majority of top executives and technical staff. He forcefully renegotiated joint-ventures and operational contracts with foreign companies and partially nationalized them. ExxonMobil and ConocoPhillips withdrew from the country as a result. Thereafter, no relevant new oil projects have been completed. He also expropriated some service companies. In addition, Chavez drove PDVSA to run into significant debt, and transformed it, de facto, into a social and development ministry. Consequently, investment in oil development and production declined, even during the oil price boom.

After the oil price collapse, in 2014, the problems of the country’s oil sector became much more severe. The average price of the Venezuelan oil basket, which had been above $100 in 2011 and 2012, fell to $35 in 2016. As a result of the consequent cash-flow collapse, PDVSA accumulated massive arrears with suppliers, which began to reduce their activity in the country. The average number of oil rigs in operation went from 69 in 2014 to 49 in 2017.

In addition, most of the oil produced, does not generate cash flow to PDVSA. Of the close to 1.8 million b/d of crude that Venezuela was producing until late 2017 (1.9 million b/d, including gas liquids), more than 400 thousand b/d were heavily subsidized and consumed in the domestic market at a huge loss. About 500 thousand b/d were committed to repay loans to China, Russia, and other countries, as well as to some PDVSA JV partners. Around 50 thousand b/d were supplied, at a large discount, to Caribbean countries, mainly to Cuba. Finally, Venezuela imported about 100 thousand b/d of refined products and light oil, partly as a diluent for the extra-heavy oil. Thus, PDVSA’s net cash flow came from just about 800 thousand b/d.

In 2017, the U.S. government imposed some limited financial sanctions on Venezuela and PDVSA, not allowing the company to obtain long-term credit in the U.S. Even though the sanctions did not yet target oil imports or exports, there is evidence that they are having an impact on both. Buyers are trying to find alternative sources to Venezuela’s supplies and banks are unwilling to give letters of credit to PDVSA. As a result, Venezuelan exports to the US have been declining at a faster pace than before, which will have an additional negative impact on PDVSA’s cash flow, as Venezuela must discount its prices to lure new buyers to its heavy crude and pay higher transportation costs to far away markets.

Venezuela has defaulted on many creditors, including China and Russia, but until late 2017, it had been able to avoid defaulting on bondholders. However, during the last quarter of 2017 it was late in some payments and was declared in selective default by the main rating agencies. In 2018, the country faces bond payments of more than $8 billion. Unless a significant additional increase in the price of oil occurs, the likelihood of a generalized default is extremely high.

China or Russia could provide the country a lifeline, but they are unlikely to do so. Although China has the capacity, it seems unwilling. It has not increased its exposure to Venezuela in the last few years, although it has agreed to be flexible on debt repayments. The Russians have been more willing to finance PDVSA, but it would be hard for them to continue increasing their exposure in the long run. In any scenario, it does seem that Russian and Chinese oil companies are going to have a larger role in the Venezuelan oil sector, even more so in case of severe sanctions or a full blown default. In particular, Rosneft, the Russian national oil company, has increased its footprint in Venezuela’s oil and gas production and in the marketing of its exports.

The year 2017 was full of upheaval for the Venezuelan oil sector. An anti-corruption drive inside the national oil company, led to more than sixty executives being indicted, including the last three CEOs. The purge was widely perceived as politically motivated. Manuel Quevedo, a National Guard General, was appointed Minister of Oil and CEO of PDVSA, with a mandate to increase production and rid the company from corruption. Quevedo and his team of military officers have no experience in the oil industry, making it hard to successfully manage the dramatic financial and operational challenges that the company is facing.

The outlook for 2018 appears bleak. PDVSA will continue to have severe cash flow problems. In this environment, investment by international oil companies is unlikely to increase. Production would continue to decline by around 15% or 250 thousand b/d, and more, in case of a full blown default, additional sanctions, or labor unrest leading to a strike. To recover the industry, first, it is necessary to put the macro-economy in order with a comprehensive adjustment program including debt restructuring, control of hyperinflation, and a competitive foreign exchange rate. Second, the institutional framework of the oil industry must be made more credible and flexible, to attract significant foreign investment to the sector. Third, the country must transit to a more stable political regime which can provide credibility and get international sanctions lifted. None of these seems likely in 2018.