OilNOWLatest News and Information from the Oil and Gas sector in Guyana
More
NewsRegional
Updated: March 30, 2018 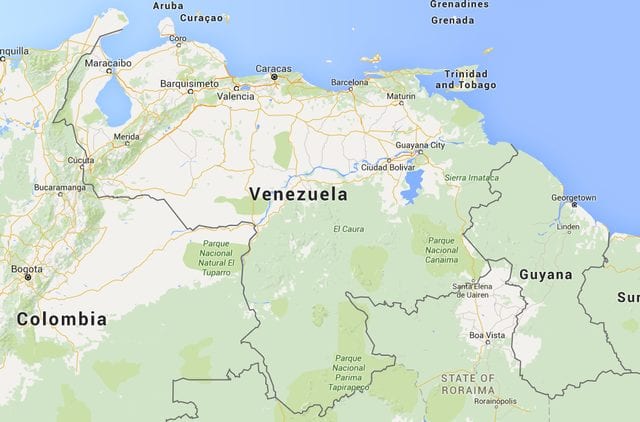 The Guyanese government on Thursday formally filed its Application with the International Court of Justice in The Hague, over its border controversy with neighbouring Venezuela.

The application stems from a decision in January last by United Nations Secretary General, Antonio Guterres, following a decades long claim by the Spanish speaking South American Country—disputing an 1899 Arbitral award that had demarcated the land boundary between the two countries.

Guyana has since called on the ICJ, to “confirm the legal validity and binding effect of the 1899 Arbitral Award regarding the boundary between Guyana and Venezuela.”

A public missive issued by Guyana’s Ministry of Foreign Affairs on Thursday said the English speaking country in its litigation petition to the ICJ, notes, that while Venezuela has never produced any evidence to justify its belated repudiation of the 1899 award, “it has used it as an excuse to occupy territory to Guyana in 1899, to inhibit Guyana’s economic development and to violate Guyana’s sovereignty and sovereign rights.

Guyana in its application to the ICJ asserts that for more than six decades, Venezuela had consistently respected and recognized the validity and binding force of the 1899 ruling and the 1905 map agreed to by both sides in furtherance of the Award.

“Venezuela had only changed its position formally in 1962, as the United kingdom was making final preparations for the independence of British Guyana and had threatened to not recognize the new state or its boundaries unless the United Kingdom set aside the 1899 Award and to cede to Venezuela all of the Territory West of the Essequibo river amounting to some two thirds of Guyana’s Territory.”

The application to the ICJ was formally submitted and filed with the court’s Registrar, Mr. Philippe Couvreur by the country’s Vice President, Carl Greenidge—Guyana’s Minister of Foreign Affairs and International Cooperation.

At the time he remarked, “Guyana has respected the Secretary General’s decision and placed its faith in the International Court of Justice to resolve the controversy.”

The country’s legal team is being spearheaded by former Secretary General of the Commonwealth of Nations, Sir Shridath Ramphal.