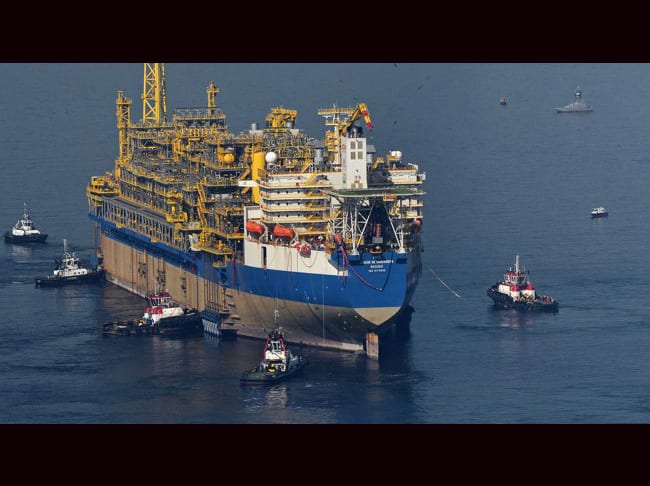 (Hart Energy) State-controlled oil company Petroleo Brasileiro, also known as Petrobras, said on Oct. 24 it had started production on its eighth platform in the offshore Lula Field, Brazil’s most productive, as it ramps up output from the Santos Basin in the coveted pre-salt oil play.

Platform 69, FPSO P-69, will be able to produce up to 150,000 barrels of oil per day and 6 million cubic meters of gas from the field, which already accounts for 30% of production in Brazil, now Latin America’s top producer.

The FPSO P-69 features eight production wells and seven injection wells to extract oil and gas from the field, which was discovered in 2006 and where production began four years later.

Petrobras operates the field and owns a 65% stake. Royal Dutch Shell Plc (NYSE: RDS.A) and Galp have 25% and 10% stakes respectively.

In the pre-salt offshore area, billions of barrels of oil are trapped beneath a thick layer of salt under the ocean floor. The Santos Basin already accounts for over half of production in Brazil.

A Shell executive told Reuters last month that Lula should hit peak production in 2020 or 2021, after reaching 1 million barrels of oil and gas per day next year.