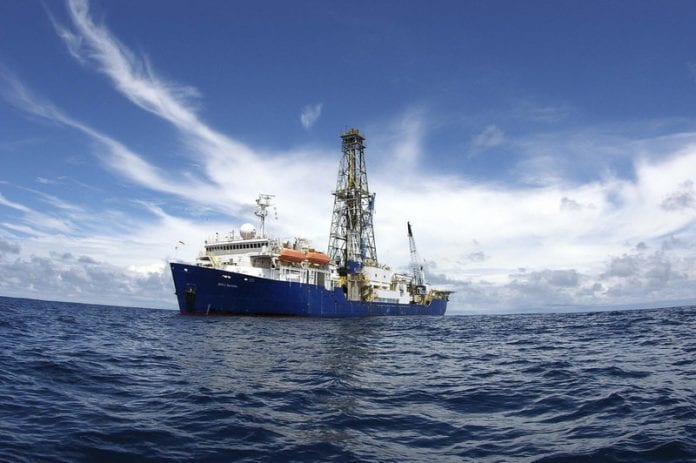 The success story unfolding offshore Guyana where ExxonMobil Corp. has made seven oil discoveries coupled with recent wins by Chevron Corp., Total SA and Royal Dutch Shell Plc in the Gulf of Mexico (GoM) plus others offshore Norway and across Africa have put oil and gas exploration back in the spotlight.

But there are still obstacles ahead even as the industry steps up exploration spending following the recent downturn.

Pointing to about 60 high-impact wells planned worldwide for the rest of 2018, Westwood Global Energy Group said exploration drilling is expected to rise by 12% and budgets by 7% this year with focus centered on the GoM, Caribbean and Atlantic margins. However, this year’s planned exploration wells are considered riskier than those pursued in 2017, the energy consultancy said.

“With higher oil prices, improving exploration performance, and the cost of exploration falling more than 50% since 2013/14 plus fewer companies competing for acreage it could be argued that there has not been a better time to be exploring in the last decade,” Keith Myers, president of research at Westwood Global Energy Group, said in a statement about the report. “But there are challenges too with frontier success rates remaining stubbornly low and new oil plays continuing to be elusive. The focus continues to be on deep and ultra-deep water for high impact discoveries.”

The insight was shared as part of the energy consultancy’s State of Exploration Report, which takes a look at the conventional oil and gas exploration performance of 40 international E&Ps over the last five years and their drilling plans for the current year. Together, the companies spent $37.8 billion on drilling and completing 855 conventional wildcat wells between 2013 and 2015, Westwood said. Their efforts resulted in the discovery of just more than 28 billion barrels of oil equivalent of oil and gas.

Westwood pointed to near-field drilling in lower risk areas such as onshore Colombia and Australia for strong commercial success rates, which jumped to 47% in 2017—double that of 2016. Higher volumes came courtesy of big discoveries in deep water offshore Guyana and Senegal.

This came as exploration costs dropped by more than 50% since 2013, Westwood said. Lower rig rates and well services costs are behind the decline for the most part.

“The number of wells being drilled is down by about 60% on 2014 levels. The demand is not there but the supply in terms of rigs remains,” Myers told Hart Energy. “That has driven rig rates down as drilling companies compete for the few wells that are around. … So it’s really demand driven.”

So where is the action?

Exploration efforts in the Atlantic margins are expected to remain hotspots with activity in South America, West Africa and West Europe along with the GoM, according to Myers. This includes areas offshore Suriname, where Kosmos Energy Ltd.—working with Chevron and Hess Corp.—is testing two plays this year in an emerging oil petroleum system: Anapai, a 700 MMbbl gross unrisked early Cretaceous structural/stratigraphic trap in Block 45, and Aurora/Apetina, a more than 500 MMbbl gross unrisked late Cretaceous Liza-type stratigraphic play in Block 42.

“This will be followed by a well in Block 42, which is expected to start in the third quarter either on the Late Cretaceous Aurora or Apetina trends,” Kosmos Energy CEO Andy Inglis said on the company’s first-quarter earnings call May 7. “Both offer potential extensions of Liza-type stratigraphic play in Guyana and the partnership is continuing its technical evaluation in order to finalize the first prospect.”

While oil companies here and in other frontier areas are eager to find hydrocarbons, frontier success rates have been low—below 10% by Westwood’s accounts. Improving this rate rests not solely on technology but more so on having a good regional understanding of the geology “to come up with good play concepts that have a chance of working,” Myers said. “It’s always at the high-risk end of the spectrum. You get companies with access to all the possible technology that’s available that have very low success rates.”

This year Westwood also took a 10-year look back at exploration in its annual report. Myers shared three of the most notable findings or trends:

Most of the volume, 67%, discovered was found in deep water and of this two-thirds was gas;

With the exception of discoveries offshore Guyana, most of the new oil plays were small—less than a billion barrels; and

There was a divergence of strategy like ConocoPhillips Co. leaving deepwater exploration, Shell departing the Arctic and Chevron drilling few frontier wells. Likewise, there has been a divergence of outcomes.

“Not only is there a difference in strategy, there’s also difference in performance,” Myers said. Of the large companies, “Eni found the most volume of hydrocarbons in frontier and emerging plays in the last 10 years. That was almost all deepwater gas.”

Of the trends gleaned over the past 10 years, Myers said the dominance of deepwater gas was the most striking. “There’s been a lot more gas found in deep water than geologists were expecting so we’ve had to adjust our models accordingly.”

Among the places where massive gas discoveries have been made this decade is the Mediterranean Sea, home to Eni’s Zohr and Noble Energy Inc.’s Leviathan among others.

Exceptional reservoirs in Brazil, Guyana and Mexico will attract the most investment in 2019 – Wood Mac

Global demand for oil could outstrip supply after 2020 unless new...