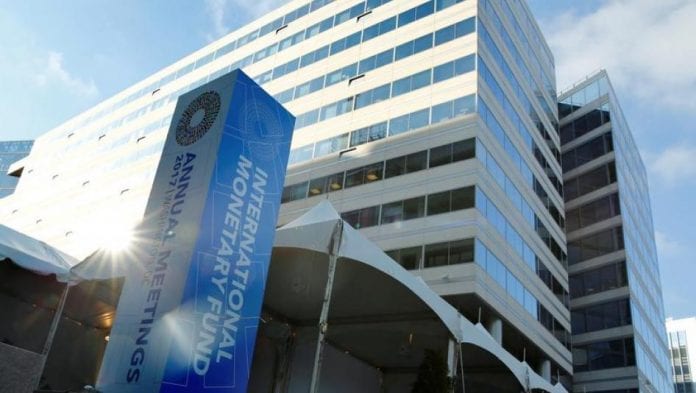 The International Monetary Fund (IMF) said on Friday that additional oil discoveries made by US oil major ExxonMobil off the Guyana coast have served to improve the South American country’s medium and long-term outlook.

On June 15 the Executive Board of the IMF concluded the Article IV consultation with Guyana. In a July 13 press release, the IMF said, “Guyana’s medium-term prospects are very favourable. Oil production is expected to commence in 2020, and additional oil discoveries have significantly improved the medium- and long-term outlook. Economic growth is projected to be 3.4 percent in 2018, driven by continued strength in the construction and rice sectors, and a recovery in gold mining.”

The current account deficit, the IMF stated, is projected to narrow to 6.1 and 4.3 percent of GDP in 2018 and 2019, respectively. The deficit will be financed largely by FDI inflows and donor-supported investment, the international body said. “The central government deficit is projected to widen to 5.4 and 5.1 percent of GDP in 2018 and 2019 due to the cost of restructuring the sugar sector and an increase in infrastructure-related capital expenditure. Public debt is projected to rise in the short-term, before declining with the onset of oil production.”

The IMF pointed out that the extractive industries and public investment will be key drivers of economic growth over the medium-term. “Reducing the costs of doing business, strengthening private sector confidence, and advancing productivity-enhancing reforms are essential for sustaining growth in the short-term, and for reaping the full benefits of the oil windfall once it materializes.”

However, the monetary body was quick to point out that short-term financing needs should be carefully managed. “The authorities’ prudence and restraint towards borrowing in anticipation of future oil revenue is commendable. They should rely as much as possible on Multilateral Development Banks, including their non-concessional financing operations. Developing the domestic capital markets would provide a more stable source of financing and help meet the needs of domestic long-term institutional investors.”

Private external borrowing should continue to be avoided, and central bank financing should not be used at all, the IMF said.

“The quality and efficiency of government expenditure should continue to be improved. It is important to address the shortcomings identified by the PIMA before public investment is significantly scaled-up with oil revenues. For similar reasons, it would be useful to review current expenditures to ensure they achieve the maximum welfare and inclusion benefits,” the IMF stated.

Oil exploration and production should be included in the national accounts when they are rebased; the IMF pointed out, as well as in the BOP statistics. Strengthening external sector statistics and compiling an international investment position should be a priority, the body said.

To date, ExxonMobil in partnership with Hess and CNOOC Hexen has found more than 3.2 billion barrels of recoverable oil in Guyana. The company plans to undertake multiple phases of development for these resources that could see Guyana producing as much as 700,000 barrels per day by the end of the next decade.