OilNOWLatest News and Information from the Oil and Gas sector in Guyana
More
FeaturedNews
Updated: July 16, 2018 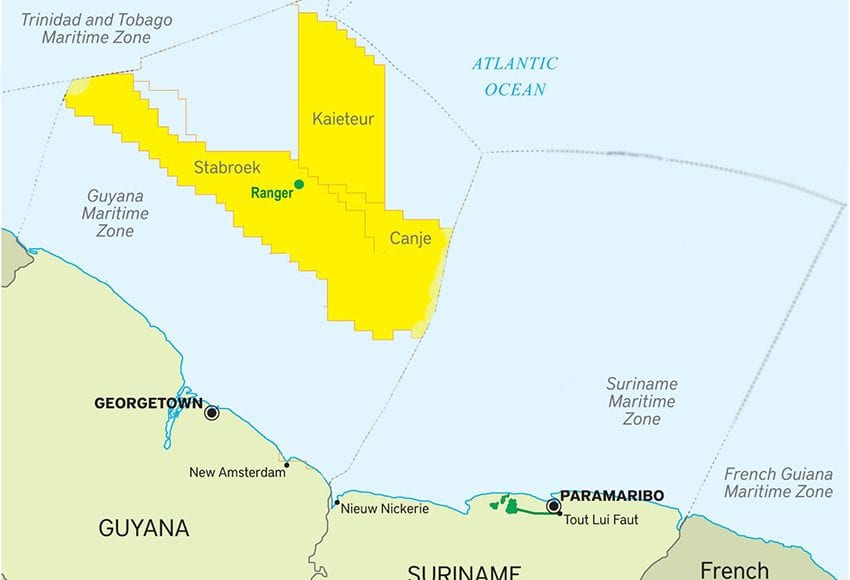 While the updated estimated total recoverable reserves in the Stabroek Block offshore Guyana is being assessed by US oil major ExxonMobil, Norway-based Rystad Energy has put forward estimates of its own for all wells where crude has been found in the South American country.

Prior to the eighth discovery at Longtail announced on June 20, ExxonMobil had estimated total recoverable reserves in the block to be around 3.2 billion barrels which excluded Ranger and Pacora, since these were still being assessed.

The Ranger-1 reservoir is said to be particularly important because it demonstrates that potentially significant commercial quantities of crude is contained in a different type of play in the Stabroek Block. Ranger is located in a carbonate play whereas the other discoveries have been in sandstone reservoirs.

Both analysts project daily production in Guyana will hover around 700,000 barrels per day by the latter part of the next decade.