OilNOWLatest News and Information from the Oil and Gas sector in Guyana
More
FeaturedNews
Updated: December 1, 2022 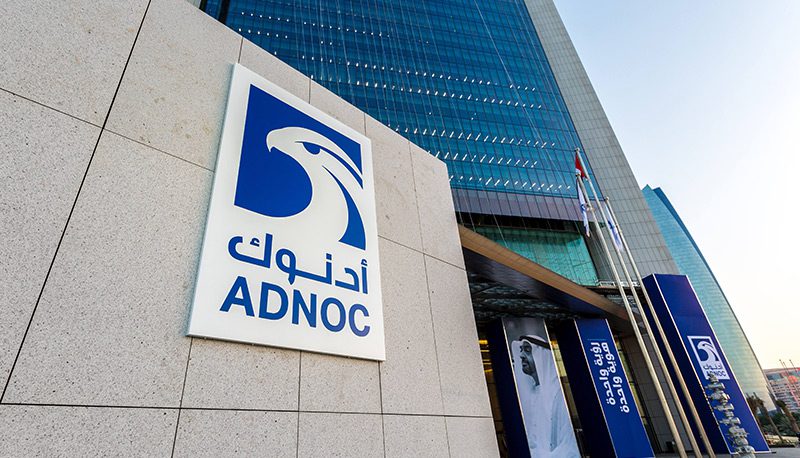 Abu Dhabi National Oil Company (ADNOC), one of the world’s leading energy producers, says it will spend a whopping US$150 billion to boost reserves over the next five years to meet the world’s growing energy needs.

The massive budget was approved on Tuesday by the ADNOC Board of Directors, which was presided over by President of the United Arab Emirates, Sheikh Mohamed bin Zayed Al Nahyan.

At the meeting, the board said the budget will support plans to bring forward ADNOC’s 5 million barrels per day (mmbopd) oil production capacity expansion to 2027, from the previous target of 2030.

ADNOC currently produces some of the world’s least carbon-intensive oil. This new target will provide the company with greater flexibility to meet rising global energy demand.

The accelerated production capacity target is also underpinned by the United Arab Emirates (UAE) hydrocarbon reserves, which have also increased by 2 billion stock tank barrels (STB) of oil and 1 trillion standard cubic feet (TSCF) of natural gas this year. These additional reserves increase the UAE’s reserves base to 113 billion STB of oil and 290 TSCF of natural gas, reinforcing the country’s position in global rankings as the custodian of the sixth-largest oil reserves and the seventh-largest gas reserves.

ADNOC’s massive uptick in spending is also in keeping with recent commentary by the Chief Executive Officer (CEO) of Hess Corporation, John Hess regarding the need for accelerated investments. The CEO said the world economy will enter a supply crunch in 2023 because of the COVID-19 pandemic and the Russia-Ukraine war. With inflation still high, Hess said US$500 billion will need to be invested annually by majors to not only replenish stocks but also meet the growing demands of the world.

Hess said it is for this reason that ExxonMobil and its partners are advancing project development in the Stabroek Block at industry-leading speed. The Guyana government has been supportive of accelerated growth in the oil-rich concession. It is currently in the process of reviewing Exxon’s application for a fifth project.