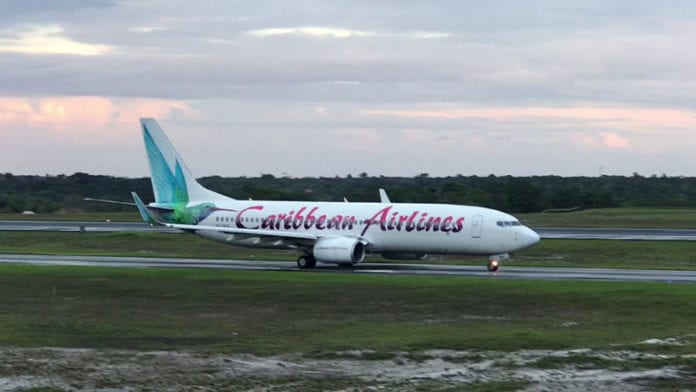 Pedro Haas, Director of Advisory Services at Hartree Partners, arrived in Guyana early this morning on Caribbean Airlines Flight 527. Mr. Hass touched down at the Cheddie Jagan International Airport (CJIA) at 6:40hrs, ahead of a scheduled 7:05hrs landing.

All eyes will be on the Hartree Partners official this afternoon when he presents his findings of an analysis conducted to determine the feasibility of establishing an oil refinery in the South American country.

He will meet with Guyana’s Minister of Natural Resources, Raphael Trotman, earlier in the day to brief him on his findings.

The Guyana government hired Mr. Haas to look into this matter as part of a range of steps being taken in preparation of oil production, set to get underway by 2020.

ExxonMobil and its affiliates have discovered approximately 2 billion barrels of light crude 120 miles off the Guyana coast. Deliberations have been ongoing to determine if it is economically feasible to build a new refinery onshore to process that oil, or instead, utilize existing facilities in neighbouring oil producing countries, such as Trinidad and Tobago.

Guyanese are hoping that a new refinery can be built onshore, thereby ensuring maximum benefits from oil production remains in the country.

Mr. Haas will present his findings at 17:00hrs at a public forum to be held at the Marian Academy on Carifesta Avenue, in Georgetown, the Capital of Guyana.