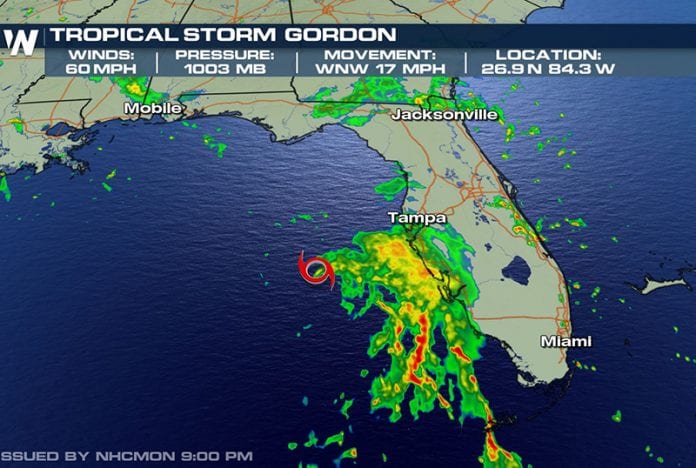 US oil company Anadarko said on Monday that it has evacuated workers and shut down production on two oil platforms in the northern Gulf of Mexico following hurricane warnings, as tropical storm ‘Gordon’ approaches.

The company, which has an exploration licence for the Roraima block offshore Guyana. said that it took into consideration the safety of its people and the environment in making the decision.

“We are carefully monitoring the weather conditions in the eastern Gulf of Mexico, and to ensure the safety of our people have removed all personnel from our Horn Mountain and Marlin facilities. We have also shut in production at both platforms to protect the environment. All other Anadarko operated and producing platforms remain on production. We will return personnel to Horn Mountain and Marlin when it is safe to do so,” the company said in a bulletin on Monday.

Weather reports indicate that Tropical Storm Gordon is moving quickly across the eastern Gulf of Mexico and will make landfall tonight along the northern Gulf Coast, possibly as a hurricane.

Anadarko’s operations are mainly based in the United States, in Algeria and in Colombia. The company had been exploring in Guyana when its contracted survey vessel the MV Teknik Perdana was seized by a Venezuelan navy vessel and forced to sail to Venezuela’s Margarita Island in October 2013. After this incident, Anadarko halted exploration in Guyana. In July 2015 company officials met with Minister of Natural Resources Raphael Trotman and restated the company’s interest in exploring offshore.

Equinor makes Monument oil discovery at US Gulf of Mexico

Chevron set to walk away from Anadarko take-over