OilNOWLatest News and Information from the Oil and Gas sector in Guyana
More
FeaturedOpinionsRegional
Updated: March 20, 2022 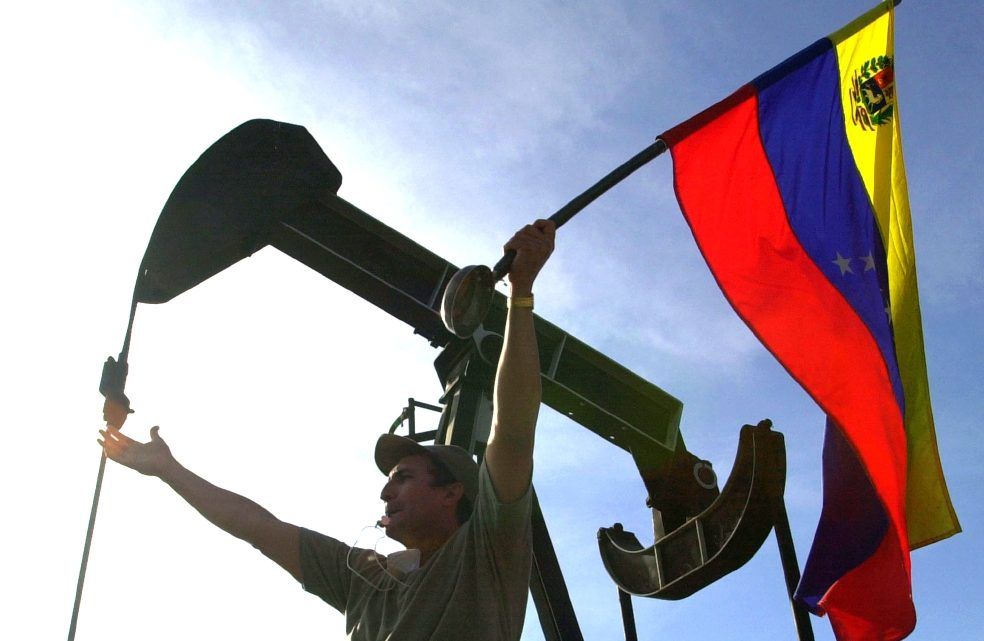 In 2019, the U.S. imposed a ban on the importation of Venezuela oil shortly after President Nicholas Maduro won reelection in a vote widely seen as fraudulent.

But the Biden administration is reconsidering that decision in the wake of another major oil sanction: the U.S. ban on the importation of Russian “crude oil and some petroleum products” last week following Russia’s invasion of Ukraine.

The Biden administration enacted a series of sanctions following Russia’s invasion. However, in the early days of the of the confrontation it had refrained from imposing a ban on Russian oil out of concern that such a move would only cause oil and gasoline prices to rise further in the United States. But as the war continued, the administration announced an import ban on March 8.

Still, the Biden administration is faced with the challenge of making up for the roughly 670,000 barrels a day in lost Russian oil and oil products as well as to alleviate concerns about rising gasoline prices in the U.S. On March 5, the Biden administration sent a delegation to the Venezuelan capital of Caracas to discuss the possibility of allowing Venezuelan crude oil back into the U.S.

Shortly after the weekend meeting, Venezuela released two jailed U.S. citizens — one of them a Citgo oil executive — in a goodwill gesture toward the Biden administration.

Such a rapprochement, however, faces resistance from political leaders of both parties as well as from Juan Guaido, the leading political opponent of Maduro in Venezuela.

Last Friday, Florida Gov. Ron DeSantis held an event in Doral, Fla. against ending the embargo of Venezuelan oil. And U.S. Senate Republicans introduced a bill that would prohibit the U.S. from importing crude oil from both Venezuela and Iran.

But Democrats including Sen. Bob Menendez, D-N.J., and Rep. Debbie Wasserman Schultz, D-Florida, have also criticized any effort to end the sanction on Venezuelan oil.

Moreover, some Republicans have alleged that Venezuela’s prisoner release amounts to a “quid pro quo” in connection with the possible easing of oil sanctions. But on Tuesday, a State Department spokesman denied this, adding, “there was absolutely no quid pro quo. We have been working to secure the release of those Americans…since the very start of this administration.”

Meanwhile, Chevron Corp. is reportedly planning to take operating control of its joint ventures in Venezuela should Washington allow trade in Venezuelan oil.

This bipartisan opposition to ending the sanctions comes at a time when Biden administration are seeking to lessen the economic strain in the U.S. caused by rising global oil and gasoline prices exacerbated by the invasion of Ukraine.

Oil prices were rising in the days leading up to the invasion. But since Feb. 24, the day the invasion began, the price of Brent North Sea crude for May delivery rose sharply from $95 to a March 8 high of $128 before falling back in recent days to just above $100.

Currently, Russian oil and petroleum product exports to the U.S. represent about 8% of all the U.S.’s imported oil, and less than 2% of the total U.S. supply.

Ending the U.S. sanctions against Venezuela would add to the U.S. oil supply and could lower prices of oil and gasoline. It would also help to revive Venezuela’s place in the global oil market.

A Venezuela’s petroleum official recently said that the country’s oil output could rise by at least 400,000 barrels per day to a total of 1.2 million barrels if the U.S. ends the embargo. That’s a far cry from the late 1990s when the country produced close to four million barrels per day. Since then, the nation’s oil industry has suffered because of mismanagement, underinvestment, and the U.S. embargo.

John Kimelman is a New York-based veteran financial journalist who has worked on the staffs of Barron’s, CNBC.com, American Banker, and Financial World. His areas of expertise include investing, commercial banking, national politics and other topics.