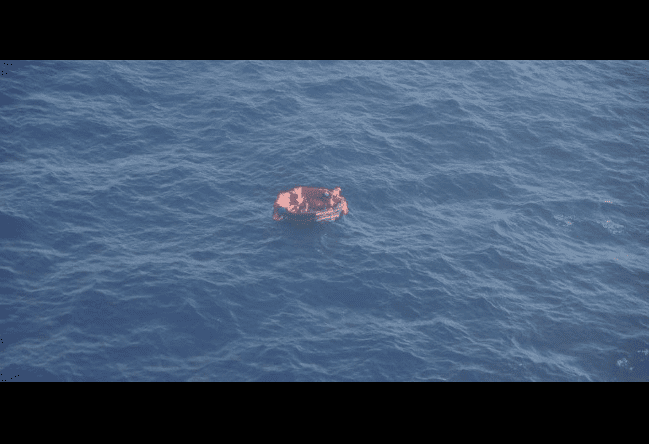 Following search operations of tug supply vessel Bourbon Rhode which started on September 26, the mobilized rescue teams have recovered a lifeboat with 3 crew members on board, the lifeboat having been identified by a Falcon 50 especially equipped for this type of mission and sent by the French Navy.

An emergency beacon had indicated the boat was in the center of Hurricane Lorenzo.

The 3 crew members are being examined by a medical support team onboard the commercial vessel, which provided assistance. There was no word on the 11 other crew members still missing from the tug Bourbon Rhode.

It has been confirmed that the vessel has sunk. The search continues to be carried out in weather conditions that are improving. All necessary means are being implemented by the Cross AG and the French Navy, under the authority of the Prefect representing the State’s maritime authority, namely numerous flyovers carried out by the Falcon 50 over the search zone.

Numerous commercial vessels have had their course changed in order to bring assistance, as well as a plane of the U.S. National Hurricane Center.

The Bourbon Rhode was a tugboat designed for terminal assistance, oil prevention and anchor handling functions, according to the company that owns it. It was en route from Las Palmas in the Canary Islands to Georgetown, Guyana. Bourbon recently opened an office in the South American country.