OilNOWLatest News and Information from the Oil and Gas sector in Guyana
More
ExplorationFeaturedNewsRegional
Updated: May 10, 2021

Brazil offshore wells could quadruple to 19 this year 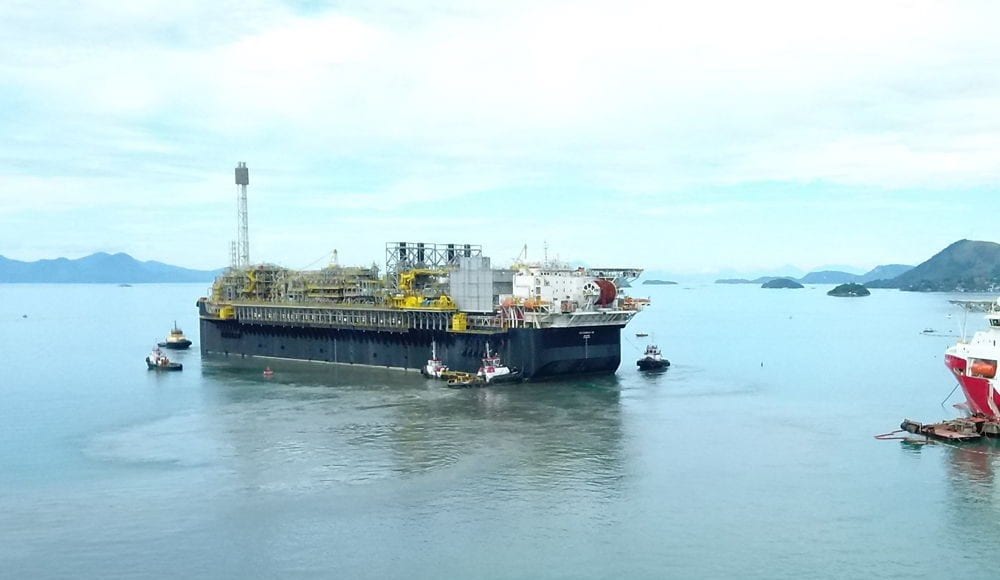 (S&P Global Platts) Brazil’s National Petroleum Agency expects the number of exploration wells drilled off the country’s coast to nearly quadruple in 2021 to 19 wells as oil companies ramp up activity and the coronavirus pandemic wanes, the regulator’s superintendent for exploration said during a webinar April 28.

The expected upswing in exploration activity came after the industry implemented measures to guard against offshore outbreaks that can disrupt operations. In addition, coronavirus vaccine rollouts, while slow, are accelerating and should reach critical mass through the remainder of 2021, executives said.

“What we’re seeing is that companies are cautious, but optimistic,” the ANP’s Marina Abelha, said. The agency’s quick actions helped maintain oil industry investments targeted for Brazil although the work was likely pushed slightly into the future by the pandemic, she said.

The ANP expects 45 wells to be drilled in 2021, with 19 offshore, according to Abelha. That would be up from a total of 16 wells in 2020, including just five offshore. The drilling and accompanying seismic surveys represent about $1.2 billion worth of investments in 2021, with about $593 million of that devoted to offshore work, Abelha said.

The increased activity represents a restart as Brazil continues to battle the world’s second-deadliest coronavirus outbreak. Oil companies operating in Brazil joined industry colleagues around the world to rein in spending and preserve cash in 2020 as global demand cratered and dragged prices ever lower.

Brazil also reduced access to exploration acreage in 2020, suspending the 17th bid round, 7th subsalt production-sharing auction and second transfer-of-rights sale. The 17th bid round has been rescheduled for Oct. 7, while the second transfer-of-rights sale is scheduled for Dec. 17. The 7th subsalt auction has not yet been rescheduled.

The ANP did hold the second cycle of the regulator’s Open Acreage sale, which is triggered by a manifestation of interest by individual oil companies. A total of 17 blocks were sold, but just one offshore, and about $10.9 million in signing bonuses were raised during the sale. The ANP expects the third cycle of the Open Acreage program to also be triggered in 2021.

Brazil’s push to hold licensing sales in 2021 is an important part of restarting activity because exploration is the lifeblood of oil companies, executives noted. Latin America’s biggest oil and gas producer also faces increased global competition for oil-industry investments, including neighboring rivals in Guyana and Suriname.

And while the pandemic accelerated the global transition to a low-carbon environment, the world still needs oil, said Ricardo Bedregal, executive director of upstream research at consultants group IHS Markit. Bedregal noted that oil-demand forecasts peg global consumption at about 100 million b/d out to 2040, with about 40% of that total expected to come from as-yet-undiscovered resources.

“This oil has to come from exploration, there’s no other way,” Bedregal said.

The pandemic, however, could change how oil companies attack exploration, with a migration toward areas that could offer returns more quickly, Bedregal said. That could include mature basins, such as the Campos Basin in Brazil. Frontier areas, meanwhile, may not be as attractive because of the greater geologic risks and higher level of costs involved.

Brazil could also help boost exploration activity by eliminating environmental barriers to drilling in the country’s equatorial margin, executives said. The region is believed to contain many of the same elements seen in ExxonMobil’s giant Stabroek block of discoveries off the coast of Guyana.

Heavyweight players such as BP Energy and Total bailed out of blocks in the region because federal environment regulator IBAMA declined to approve drilling permits. State-led Petrobras, which now owns the blocks, has also warned that it could take its investment cash to Guyana if domestic conditions don’t improve.

In addition to improving environmental-licensing issues, Brazil could also boost exploration activity by building on reform efforts implemented since 2016, executives said. That would include the removal of the subsalt polygon that requires production-sharing contracts for development as well as the end to Petrobras’ right of first refusal to hold 30% operating stakes in fields sold under the regime.

“Brazil has very distinct and special geologic characteristics, which offer the possibility of a variety of plays,” Abelha said. “We need to take advantage of this growth cycle to guarantee these investments in Brazil and continue with our licensing sales.”