OilNOWLatest News and Information from the Oil and Gas sector in Guyana
More
FeaturedNews
Updated: February 24, 2019 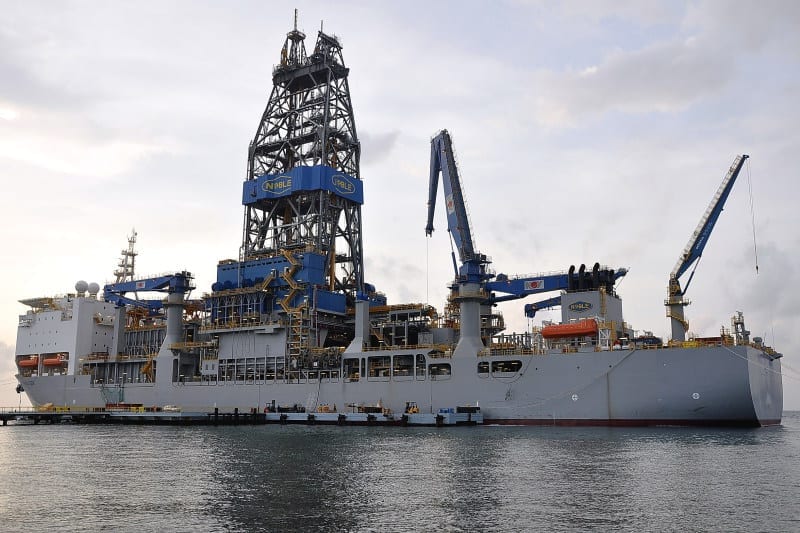 US oil major ExxonMobil has once again struck oil offshore the South American country of Guyana, this time at the Tilapia-1 and Haimara-1 wells, making it the company’s 11th and 12th  discoveries in the Stabroek Block.

Director of the Department of Energy in Guyana, Dr. Mark Bynoe, this morning, announced the discoveries.

“This continues to be positive news for the people of the Co-operative Republic of Guyana, but the real substance of these finds will come when all Guyanese are able to benefit from these discoveries, whether directly and/or indirectly,” he said.

In December, Dr. Bynoe announced that ExxonMobil made its 10th discovery offshore Guyana at the Pluma-1 well. That discovery had increased the estimated recoverable resource for the Stabroek Block to more than five billion oil-equivalent barrels.

The Tilapia-1 is the fourth discovery in the Turbot area that includes Turbot, Longtail and Pluma discoveries. Tilapia-1 encountered approximately 305 feet (93 metres) of high-quality oil-bearing sandstone reservoir and was drilled to a depth of 18,786 feet (5,726 metres) in 5,850 feet (1,783 metres) of water.  The well is located approximately 3.4 miles (5.5 kilometres) west of the Longtail-1 well, Dr. Bynoe disclosed.

“The rate of these finds remains well above industry standards and continues to allow for further de-risking of the deep and ultra-deep one, but we still have a substantial way to go before we can confidently say the one has been de-risked,” Dr. Bynoe said.

He noted that the Noble Tom Madden drillship started drilling the well on January 7, 2019 and will next drill the Yellowtail-1 well, approximately six miles (10 kilometres) west of Tilapia-1 in the Turbot area. Baseline 4-D seismic data acquisition is underway.

“The Department continues to work assiduously with its partner institutions towards setting the requisite framework in place to ensure the benefits from these discoveries redound to the benefit of all Guyanese,” the Director added.

Located approximately 19 miles (31 kilometres) east of the Pluma-1 discovery, the Haimara -1 is deemed a potential new area for development. The Stena Carron drillship began drilling the well on January 3, 2019.

Dr. Bynoe noted too that there is potential for at least five floating, production storage and offloading vessels (FPSO) on the Stabroek Block producing more than 750,000 barrels of oil daily by 2025.

The company announced its 10th discovery on December 3, 2018 at the Pluma-1 well located some 17 miles (27 kilometers) south of Turbot-1 – where the 5th discovery was made.