OilNOWLatest News and Information from the Oil and Gas sector in Guyana
More
FeaturedNews
Updated: August 11, 2020 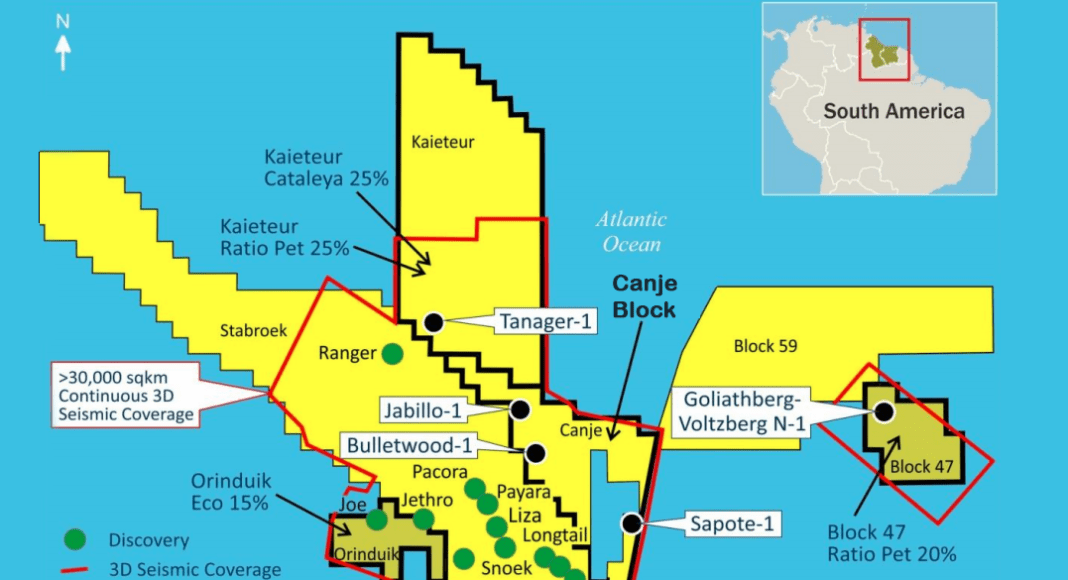 At 180km offshore Guyana in deep to ultra-deep water, the Canje Block is said to be highly prospective with an environment of disposition unique among offshore Guyana blocks in that it contains both continental slope and basin floor terrain.

Most of the discoveries offshore Guyana to date have been made in the slope environment and Canje will be the first block offshore to test prospects on the basin floor – which have the potential to contain larger accumulations of recoverable hydrocarbons.

In fact, Westmount Energy, which has purchased 1,350,000 common shares in JHI Associates Inc., a stakeholder in the Canje Block where US oil major ExxonMobil is operator, believes that the first target on the block – Bulletwood-1 – closely resembles the Liza reservoir where Exxon made its first world-class discovery in 2015. Bulletwood-1 is expected to be spudded before the end of this year.

Back in 2016 a 6,100 km2 3D seismic survey was conducted on the Canje Block and this data has been used to define a substantial inventory targeting three initial prospects – Bulletwood, Jabillo, and Sapote.

Consultancy group Wood Mackenzie has pointed out that with the global coronavirus pandemic and decline in oil prices, projects which have clear strategic drivers, robust economics and operators with strong balance sheets are advantaged.

“Advantaged deepwater oil in places like Guyana and Brazil, along with niche LNG – including low-cost greenfield and feed gas backfill at legacy liquefaction projects – will progress,” Rob Morris, from the consultancy group’s upstream research team, has said.