OilNOWLatest News and Information from the Oil and Gas sector in Guyana
More
FeaturedNewsRegional
Updated: June 16, 2021 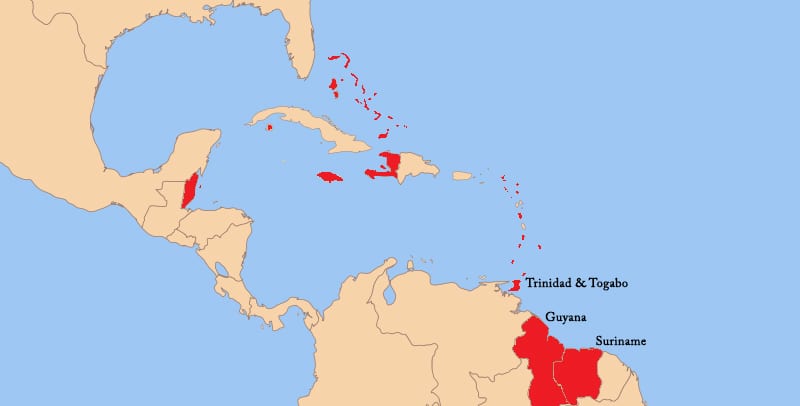 Despite criticism by some groups in Guyana that the country is moving too quickly with the development of its vast hydrocarbon resources, the government there as well as authorities in other Caribbean territories have recognised that the window to reap maximum returns from these assets is quickly closing. And they intend to get as much as they can while they can, from the resources.

In his first formal presentation to the annual Trinidad & Tobago Energy Conference just last week, newly appointed Minister of Energy, Stuart Young, said his focus was on bringing oil and gas resources to market as quickly as possible. Young’s comments followed Prime Minister Keith Rowley’s assertion that the government recognised given the energy transition was firmly underway, oil would probably have a shorter shelf life than natural gas.

According to the Energy Chamber of Trinidad and Tobago, Young said his immediate focus would be to engage with all of the upstream companies to get all unsanctioned upstream projects possible, approved within the shortest time frame. He reported that he was working closely with Shell on the terms and conditions of the Production Sharing Contract for the Manatee field, which holds significant reserves estimated at 1.8 trillion cubic feet of natural gas, and that he hoped he would be able to make an announcement soon.

“We must maximize the monetization of our hydrocarbon resources or risk leaving them stranded,” Young said.

Meanwhile, in sister CARICOM state Suriname, President Chandrikapersad Santokhi confirmed this month that Total and partner Apache will move forward with their final investment decision at Block 58 next year and move towards first oil by 2025. This is part of a concerted effort in the country to fast track the developments of its new deepwater discoveries.

“Our national oil company, Staatsolie, in collaboration with several international partners is responsible for the oil drilling and future drilling off the coast of Suriname and has received not only our trust and confidence, but also firm guidelines to fully support the fast track initiated by Total and Apache,” Santokhi said.

He said the revenues expected from this first offshore development will enable the government to strengthen and advance its economic welfare and the wellbeing of the Surinamese people.

In Guyana, the government has been expressing similar sentiments regarding the vast offshore resources discovered by ExxonMobil since 2015. President Irfaan Ali is adamant that the hydrocarbon resources must be developed with alacrity so that the government can deliver benefits to the Guyanese people.

Consultancy group Rystad Energy said as the world begins to understand and quantify the energy transition in a more concrete fashion, Caribbean and Latin American countries will be left at a critical crossroad. When looking 30 years down the road, Rystad Energy expects global oil demand to be half of its current volume at around 55 mmbbl/d.

“This means the ‘oil window’ is closing and time is running out with respect to monetizing hydrocarbons that are still in the ground,” said Schreiner Parker, Rystad Energy’s Vice President for Latin America and the Caribbean. “However, there seems to be a general recognition from (at least some) Latin American and Caribbean governments that hydrocarbons have a finite value.”

But the below-ground is only half the story. Rystad Energy said governments in the region will have to meticulously manage fiscal regimes to continue to incentivize investment in the oil and gas sector.

“Pedantic myopia can prove deadly for governments looking to be a part of the hydrocarbons supply mix going forward,” Parker said.