OilNOWLatest News and Information from the Oil and Gas sector in Guyana
More
FeaturedNews
Updated: July 7, 2021

Kawa-1 is expected to be drilled to a depth of around 6,500 metres in water depth of approximately 370m. The drill site covers an area of 4.7 square nautical miles (16.25 square kilometres).

The primary target is a Santonian age, stratigraphic trap, interpreted to be analogous to the discoveries immediately to the east on Block 58 in Suriname. The prospect is named after the iconic mountain overlooking the village of Paramakatoi in the Pakaraima Mountains of Guyana.

“Prospect Kawa in the eastern area shows significant promise for a low risk, high reward prospect,” CGX said in the document. “Time processing has highlighted lead areas; depth processing has now confirmed these prospects,” CGX is quoted as saying in a document on the block’s prospectivity seen by OilNOW.

The company was granted a one-year extension by the Guyana government last November, on its schedule to conduct drilling operations on the Corentyne block.

Kawa-1 is the first of two wells the company is expected to spud this year. The second well – Makarapan-1 – is located on the Demerara block and is expected to be drilled to a total depth of approximately 3,500m in water depth of around 1,000m. The primary target is an Aptian age, sandstone reservoir. The prospect is named after the Precambrian mountain overlooking the Rupununi Savannahs of Guyana.

CGX said it expects that the total cost of the Guyana exploration program in 2021 will be approximately $90 million.

CGX is operator of the Corentyne block with a 66.667% participating interest, with Frontera holding a 33.333% interest. 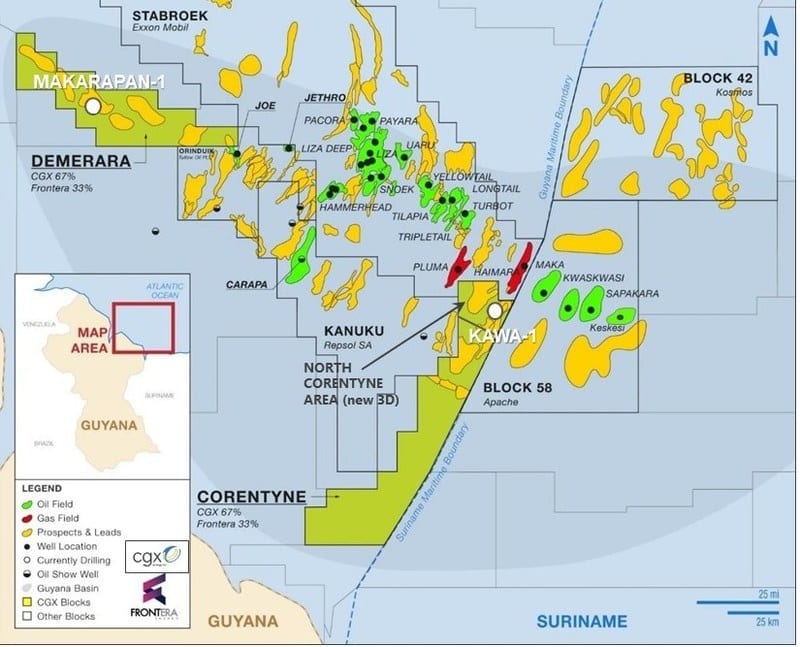 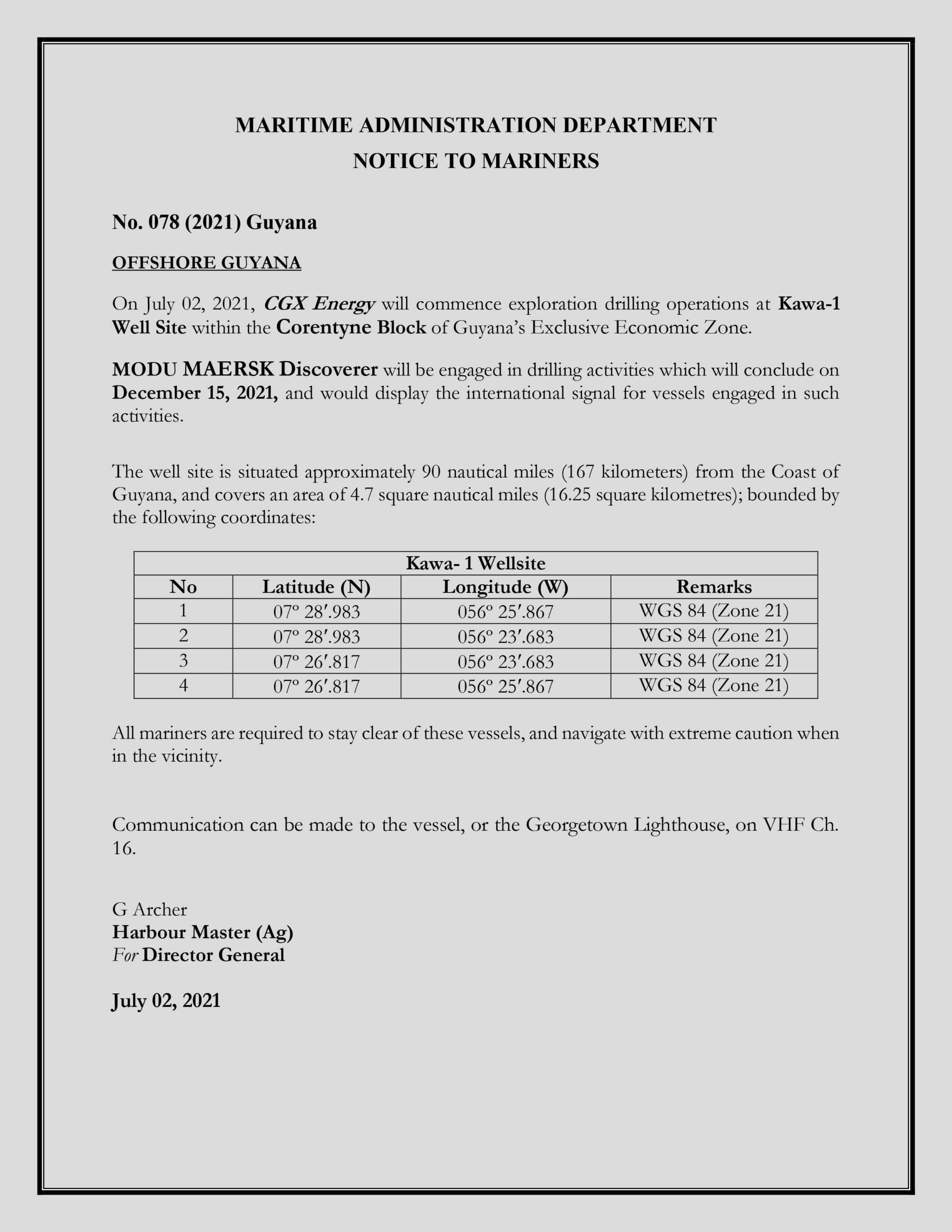