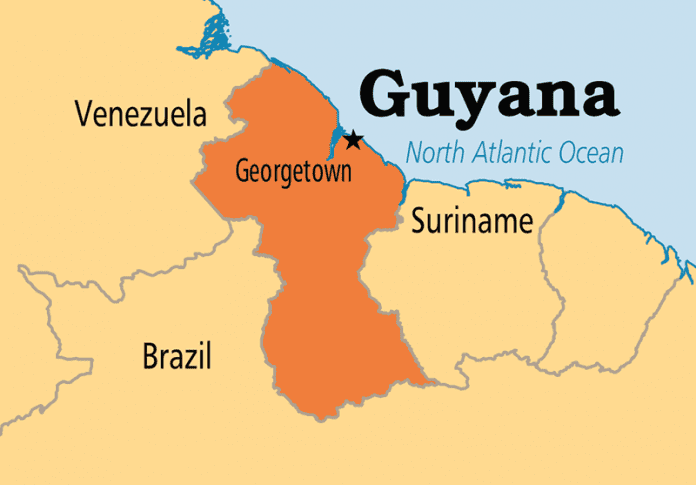 CGX Energy Inc. (TSXV: OYL) and Frontera Energy Corporation (TSX: FEC) announced Tuesday that they have entered into a letter agreement to enable CGX to finance the drilling costs related to two shallow water offshore blocks in Guyana, currently 100% owned and operated by a subsidiary of CGX. The agreement also provides financial support as a critical step in a series of transactions that CGX is seeking to undertake in order to restructure its liabilities and provide for sufficient working capital to enable it to advance its offshore exploration projects in Guyana.

Under the terms of the letter agreement, Frontera and a wholly owned subsidiary of CGX, CGX Resources Inc., will enter into a farm-in joint venture agreement covering CGX’s two shallow water offshore Petroleum Prospecting Licenses in Guyana on the Corentyne and Demerara Blocks. Final approval for the farm-in is required from the Government of Guyana.

Upon completion of the agreement and receipt of regulatory approval for the farm-in, Frontera will acquire a 33.33% working interest in the two blocks in exchange for a US$33.3 million signing bonus. Frontera has agreed to pay one-third of the applicable costs plus an additional 8.333% of CGX’s direct drilling costs for the initial exploratory commitment wells in the two blocks. CGX would be the operator with assistance from Frontera.

Professor Suresh Narine, Executive Chairman and Executive Director (Guyana), CGX, said, “With the Frontera joint venture, CGX will be positioned to accelerate development of the Corentyne and Demerara Blocks, CGX’s two largest offshore concessions. We plan to raise additional capital on a basis that will allow shareholders to participate. Our shareholders, who have supported CGX through its difficult times, will thereby be able to benefit from the exciting opportunities ahead for the company,” he said.

Professor Narine said he is very optimistic about the future of CGX and its relationship as a commercial partner to Guyana and the value that can be created for its shareholders and stakeholders. “CGX is widely held as Guyana’s only Indigenous Oil and Gas Exploration company and we remain firmly committed to Guyana and the Guyanese cultural and social fabric. I would like to thank the Government and people of Guyana for their confidence in CGX over the past few years, and I also want to thank the CGX and Frontera teams for all their hard work getting us this far.”

Gabriel de Alba, Chairman of the Board of Directors of Frontera, added, “We are very excited to work with CGX through this new strategic joint venture in Guyana.  Together, we will be well positioned to advance the exploration and development of the most exciting offshore basin in the world. Combining CGX’s long history and deep roots in the country with Frontera’s technical depth and financial strength creates great opportunities for success for the benefit of CGX, Frontera and the people of Guyana. This joint venture forms an important part of Frontera’s plans to build growth for the future.”

Richard Herbert, Chief Executive Officer of Frontera, said, “Offshore Guyana has emerged during the last few years as one of the most exciting exploration areas in the world. CGX’s offshore exploration blocks have been significantly derisked by exploration activity in the basin to date and contain multiple play types which offer significant opportunity. Once executed, our farm-in agreement with CGX will give the Company a direct interest in the significant exploration potential of both the Corentyne and Demarara Blocks. We look forward to building on our relationship with CGX and the people of Guyana as Frontera expands its medium- and long-term opportunity set in the north Andean region of South America and the Caribbean.”

Pursuant to the letter agreement, Frontera and CGX have also agreed to arrangements to provide additional financial support for CGX. Upon the closing of the JV Agreement, CGX will repay Frontera approximately U.S.$17 million of debt which is currently in default and owing to Frontera. This debt will be extended to March 31, 2019 and is expected to be repaid earlier by way of an offset against the U.S.$33.3 million signing bonus payable to CGX referred to above.

Frontera will extend its April 25, 2018 bridge loan through September 30, 2019 (which loan is currently in default with principal outstanding of U.S.$8,861,339 plus interest), and will seek regulatory approval to amend the terms to provide Frontera the ability to have the outstanding principal amount of the loan repaid in CGX common shares, at a conversion price of the U.S. dollar equivalent of CDN$0.29 per share, at any point on or before maturity of the loan. This option will allow CGX to enhance its liquidity. Frontera will also agree to guarantee an equity financing of CGX of up to U.S.$20 million, the terms of which CGX expects to announce within the next two weeks. No proceeds from the financing will be payable to Frontera. This financing will enable CGX to settle its U.S.$7,904,037 of liabilities with Japan Drilling Co., Ltd. as disclosed by CGX in its October 31, 2018 press release.