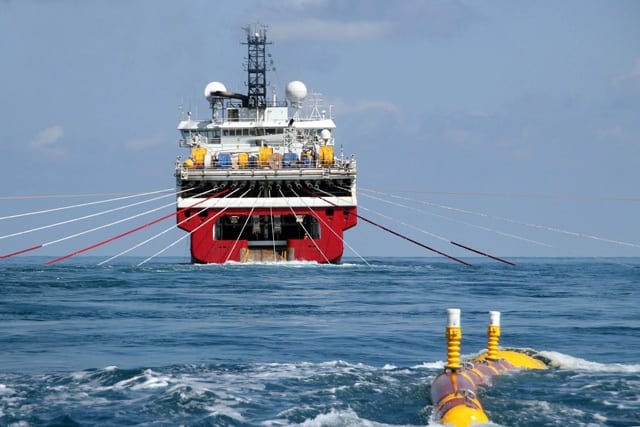 CGX Energy said Friday that a resequencing of its work programme in the Corentyne block has been approved by means of an addendum to its Corentyne Petroleum Agreement by the Government of the Cooperative Republic of Guyana. CGX Resources Inc. (CRI) and Frontera Energy Guyana Corp. (FEGC) are joint venture partners in the block.

In addition, CRI and FEGC plan to commence a new commitment well in the Demerara block in 2020, that was not initially planned to occur until February 2021, and should occur either immediately before or after the commitment well referred to above is drilled in the Corentyne block. This approach may also result in significant cost savings for the Company.

The Company will, through its wholly owned subsidiary Grand Canal Industrial Estates, also begin civil works in 2019 on its Deep-Water Port at Crab Island in the Berbice River so that it can stage its exploration wells in 2020 from its Deep-Water Port.

Professor Suresh Narine, Executive Chairman and Executive Director (Guyana), CGX, commented: “CGX and our joint venture partner FEGC, are focused on maximizing the partnership’s chances of exploration success while increasing efficiencies, ensuring safety and managing costs. The resequenced work program establishes the right chronology of actions to allow these guiding principles to be realized. Furthermore, it allows CGX to maximize its local content engagement through the operationalization of its Deep-Water Port at Crab Island at the mouth of the Berbice River.”

The Company also announced the release of its unaudited consolidated financial statements for the second quarter of 2019, together with its Management, Discussion and Analysis – Quarterly Highlights. These documents will be posted on the Company’s website at www.cgxenergy.com and SEDAR at www.sedar.com. All values in this news release and the Company’s financial disclosures are in United States dollars unless otherwise stated.

On May 3, 2019, the Government of The Cooperative Republic of Guyana approved the farm-in joint venture agreements (“JOAs”) covering two shallow water offshore Petroleum Prospecting Licenses in Guyana, in the Corentyne and Demerara blocks, between CRI and FEGC. The JOAs provided for a transfer of a 33.333% interest in both the Corentyne and Demerara Petroleum Prospecting Licenses and Petroleum Agreements in exchange for a $33,333,000 signing bonus. Under the JOAs, FEGC will pay one-third of the applicable costs plus an additional 8.333% of the Company’s direct drilling costs for the initial exploratory commitment wells in the two blocks subject to certain thresholds.

The Company incurred net exploration and evaluation expenditures of $5,256,609 during the six-month period ended June 30, 2019 primarily due to activities being undertaken to satisfy work commitments under CRI’s Corentyne block Petroleum Agreement.