OilNOWLatest News and Information from the Oil and Gas sector in Guyana
More
FeaturedNews
Updated: March 5, 2022

CGX plugs, abandons Kawa-1 well; says that was its intention all along 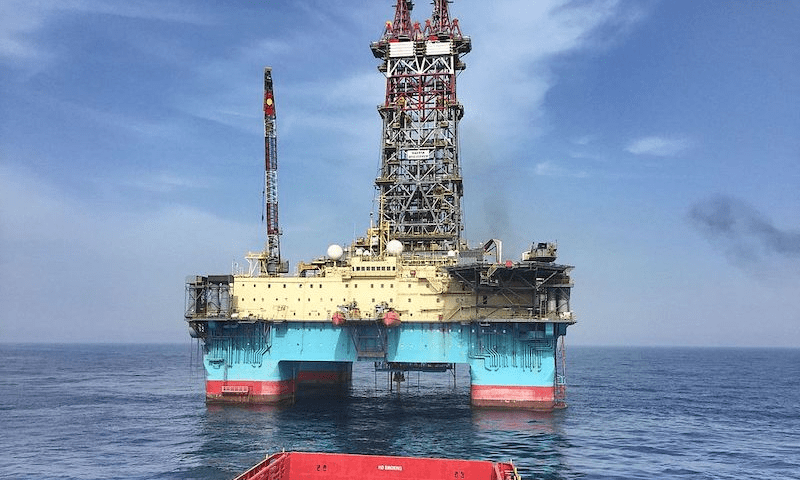 When Canadian-based exploration company CGX Energy Inc. announced on January 31, 2022, that it had landed a discovery at the Kawa-1 well, industry stakeholders were excited. It was anticipated that Guyana was now closer to having another major production project outside of the ExxonMobil-operated Stabroek Block which is host to some of the most advantaged barrels in the world.

The government in particular, was thrilled at the prospects and implications of this development. In fact, Vice President, Dr. Bharrat Jagdeo had said that the CGX discovery would alter their agenda for the industry as it would now have to bring forward the completion of its Model Production Sharing Agreement (PSA). The government, which has not received a notice of discovery from CGX, was also under the presumption that the company would eventually move to monetize the discovery, hence the Vice President had said that authorities want to ensure the State gets the best terms; that the PSA with CGX would correct some of the weaknesses left in other agreements.

Guyanese authorities were not the only party that was enthusiastic about the Kawa-1 results; so too were international consultancy firms which have paid a keen interest in Guyana’s offshore developments. Rystad Energy, for example, was eager to learn of the commerciality of the Kawa-1 well. It was under the impression that this information would be forthcoming from CGX and partner Frontera. From a statement in one of its recent analytical pieces, it was evident that Rystad was not aware that the Canadian firm had intended to walk away from what appeared to be a sizeable discovery. The Norwegian Group in a February 25, 2022 Newsletter said, “The discovery in the Corentyne Block is significant in that, if it’s deemed commercial, it will be the first discovery outside of the Exxon operated Stabroek Block that could eventually start producing…The CGX discovery will go a long way to de-risking the play on the Guyanese side even further and should provide some extra interest in the proposed bid round the government of Guyana is seeking to launch sometime in the second half of 2022.”

The hope of observers grew even more when CGX subsequently announced that the Kawa-1 early-stage Wireline Logging results confirm the Logging While Drilling (LWD) indications previously disclosed on January 31, 2022, with a total of 200 feet of net pay encountered at multiple depths. OilNOW had reported on this on February 14, 2022.

That report also quoted CGX as stating that due to the landmark results, it would only focus on the significant exploration opportunities in the Corentyne block and will not engage in drilling activities on the Demerara block in 2022, as it previously told the market on February 16, 2021. CGX said moves would be made to have this sorted with the government as early as possible.

But the excitement and anticipation of having another player in the major league offshore, as outlined above, was dashed on Friday when CGX informed the market that it has plugged and abandoned the well which apparently delivered its historic discovery after 20 years of failure and climbing debt.

While it is normal for wells to be plugged and abandoned, it is unusual that this would be done in the case of wells for which development projects are being planned or considered. The joint venture partners in the Orinduik Block, for example, landed two discoveries at Jethro-1 and Joe-1 wells. Both are heavy oil finds. Both have been plugged, as is industry norm, but there have been no reports of them being abandoned since the partners are still determining the extent of its commerciality.

In its statement, CGX revealed the following for the first time: “Kawa-1 was a first stage exploration well intended to identify the presence of hydrocarbons, which occurred. The well was then decommissioned by way of safely plugging and abandoning it, a standard practice and planned event. The Kawa-1 well was never intended to be kept active following completion of the successful drilling campaign.”

It is crucial to note that CGX, from the time it issued statements about the selection of the Kawa-1 target, up to the time of discovery, and even during the time share prices had shot up on the announcement of the news of a discovery; it never mentioned that “Kawa-1 was never intended to be kept active…”

On Friday OilNOW reported that CGX Energy and Frontera plugged just over US$50 million dollars more into the exploration campaign conducted at Kawa-1, than was initially estimated. The partners said on Wednesday that the final cost of the Kawa-1 exploration well was US$141 million. CGX had said last year prior to spudding the well that the estimated cost to drill and evaluate the prospect is pegged between US$80-$85 million.

Now that it has turned its back on Kawa-1, CGX and Frontera are now expected to drill their next target Wei-1 in the northwestern part of the Corentyne block in the second half of 2022. The companies have not indicated if this well would also be abandoned if hydrocarbons are discovered.

CGX and Frontera previously noted that the Wei-1 exploration well will target Campanian and Santonian aged stacked channels in the western fan complex in the northern section of the Corentyne block.

Since 1997, CGX has been an active explorer both onshore and offshore Guyana. in June 2000, the exploration company commenced drilling operations offshore at the Eagle-1 well. Those works came to a halt after Surinamese naval gunboats forced a jack-up rig to remove from the well site. Legal proceedings were initiated at the International Tribunal on the Law of the Sea (ITLOS) to resolve the maritime border dispute with Suriname and in 2007, the Tribunal awarded Guyana at least 93% of the disputed area.

Another well – Jaguar-1 – was drilled in February 2012 on the Georgetown block but was subsequently abandoned due to safety concerns. Eagle-1 was drilled months later, but the results were disappointing.